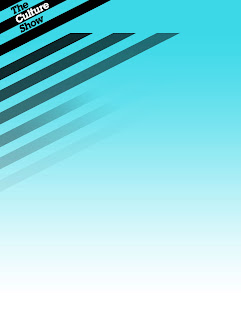 Tonight the BBC Culture Show is featuring the British Pub. Some of the footage was filmed in the Vulcan Cardiff.

This edition of the Culture Show is presented by Lauren Laverne, and looks at the past, present and future of the British pub. With an estimated 50 pubs a week now closing across the UK, 2009 could be the worst ever year in the history of British pubs. What's behind the decline? What's being lost as pubs go to the wall? Writers, thinkers and philosophical drinkers join Lauren to discuss whether it's now last orders for pubs.

For the Culture Show, Sting goes the Cumberland Arms, one of the oldest pubs in Newcastle and the heart of the city's folk scene. Sting performs from his new album If on a Winter's Night, accompanied by Kathryn Tickell on Northumbrian pipes, Peter Tickell on the fiddle and Julian Sutton on the melodeon.

Poet Laureate Carol Ann Duffy has written and performs a special poem - John Barleycorn - for this pub-themed Culture Show. It's both a lament for and a celebration of the pub, once a cornerstone of British cultural life.

There's also a rare TV interview with John Cale. He talks about his life in music and the recent performance of his most celebrated album Paris 1919, at the newly reopened Cardiff Coal Exchange, his only UK date in 2009.

With the crucial Climate Change Summit starting in Copenhagen in December, Simon Mayo, Mark Kermode and a room full of film fans debate the pros and cons of films which deal with the end of the world including Deep Impact, Beneath the Planet of the Apes and both versions of The Day the Earth Stood Still.

All that plus Martha Wainwright, who joins Lauren in the bar to sing a song from her new album - a tribute to Edith Piaf called Sans Fusils, Ni Souliers, a Paris.

Not a mention of the Vulcan in the BBC write-up.


The programme should be on the Pravda I-player later (UK only).