There is a piece over at the BBC on new life for old breweries, concentrating on England so let's have a look at some of the former brewery sites in Wales:

Brain's Old Brewery, Cardiff is now home to the Brewery 1/4

Ely and Crosswells Breweries have both been demolished and industrial buildings/housing are now on the sites. The 1963 administration block was used until recently by South Wales police (Crosswell site)

Rhymney Brewery (original), Rhymney - demolished, a Kwik Save was built on the site but that closed, demolished and was replaced by an Aldi, which Street View shows still open, though on a visit last year it was closed
View Larger Map Back across the border, someone pointed out to me that the site of the former Ushers Brewery of Trowbridge has become a housing estate 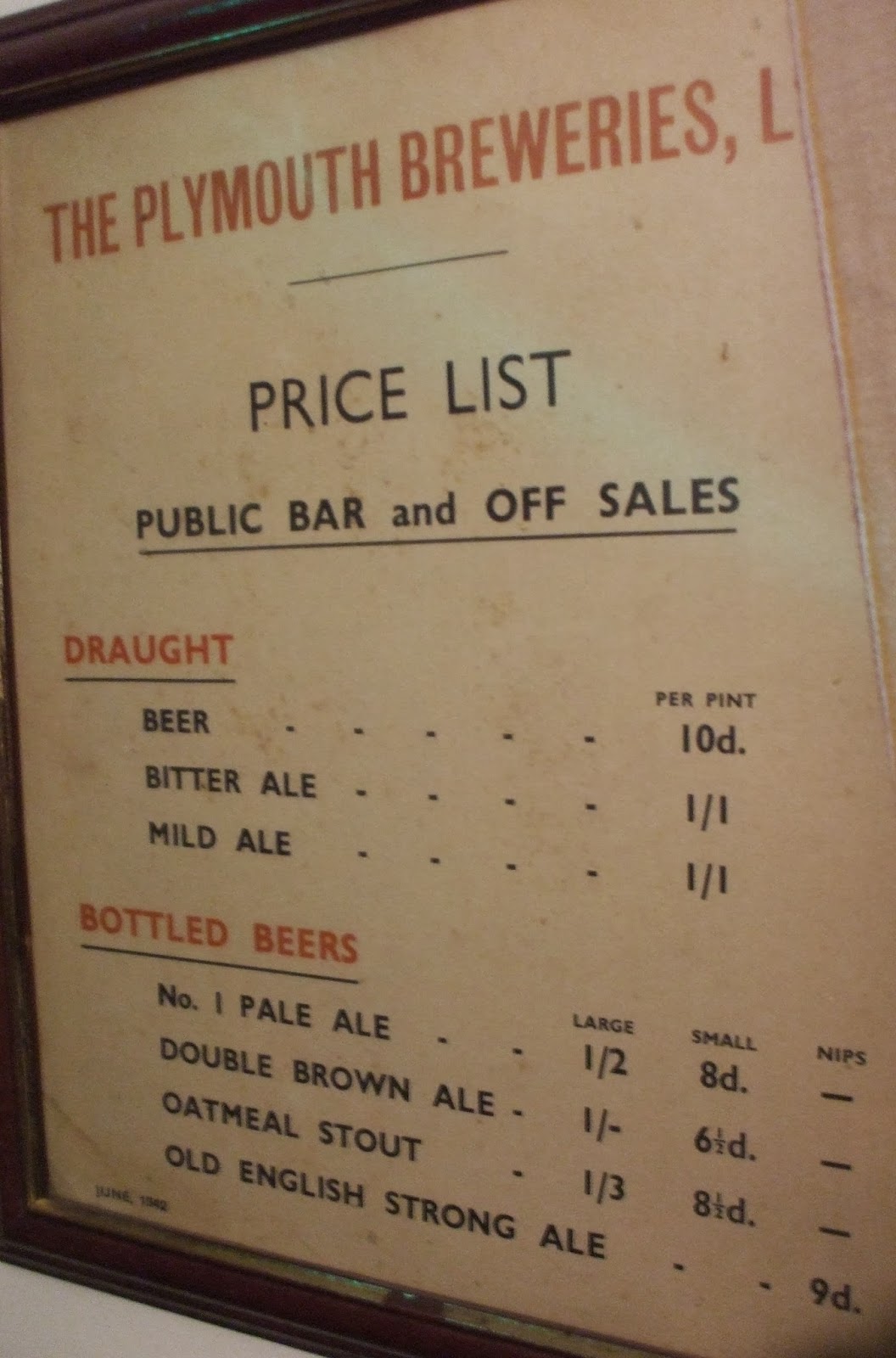 In case anyone is interested, here is a price list from June 1942, from Plymouth Breweries. Found on the wall of the Dog Inn, Eywas Harold, Herefordshire. 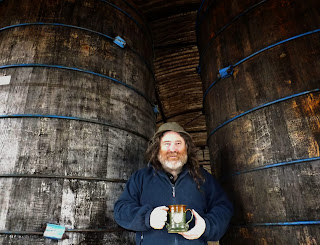 Herefordshire cidermaker Denis Gwatkin of Abbeydore was recently awarded a tankard by CAMRA, the Campaign for Real Ale, to celebrate twenty-five years of campaigning for cider and perry. One of only ten recipients of this award in the whole of the country, Denis has won numerous awards for his cider and perry over the years. It’s a double celebration for Denis as well, as he has just completed the installation of two giant wooden fermenting vats of over one thousand gallons each, purchased from another Hereford cidermaker, Ivor Dunkerton. The traditional oak vats are well over sixty years old and help give an oaky character to the cider, something that is appreciated by the more discerning cider drinker. 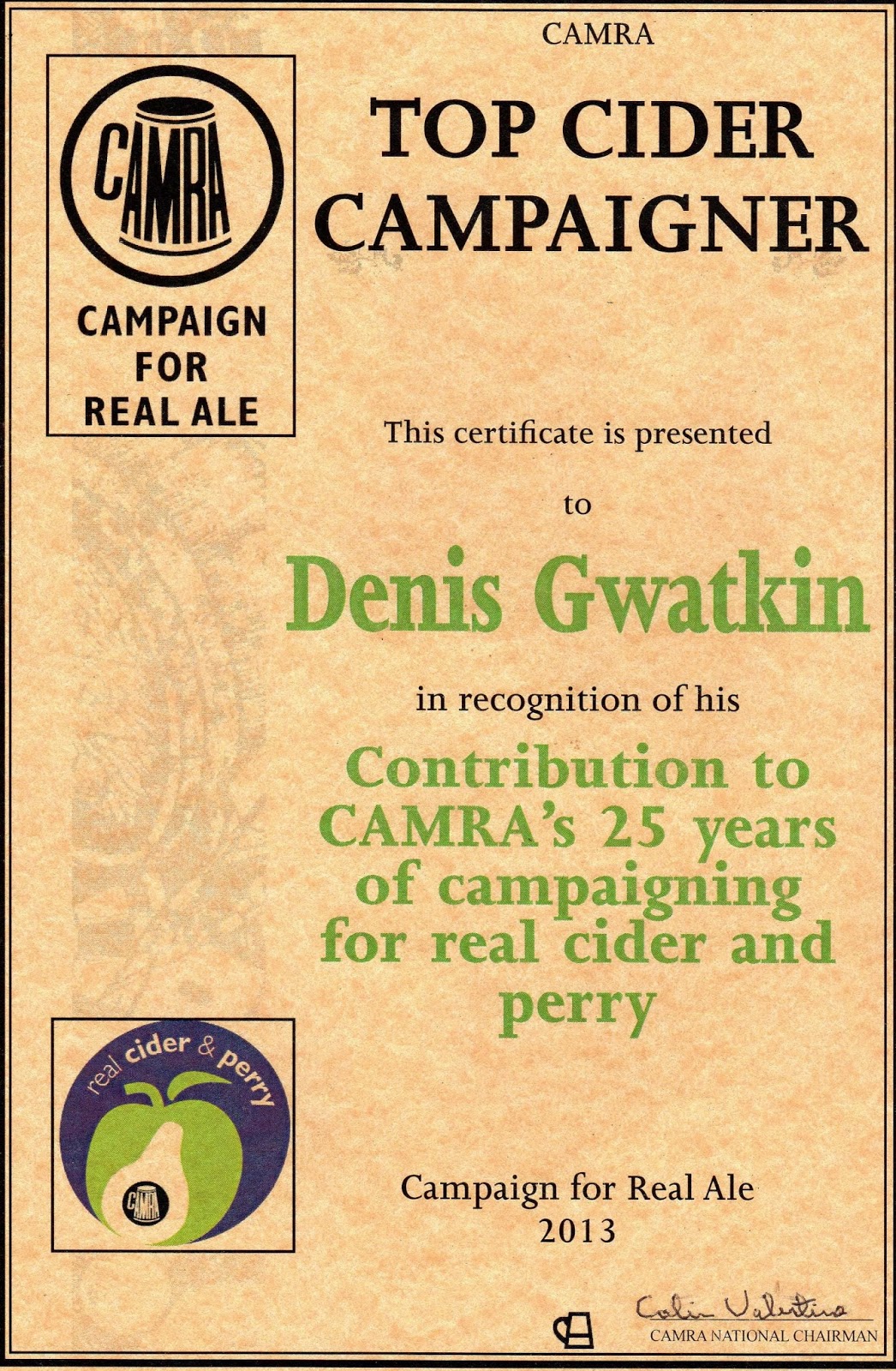 According to Denis Gwatkin, “It’s a great accolade from CAMRA coming after all the years of effort that all the staff at the farm have put in. And not just our farm, our neighbours across the valley often find themselves giving us a hand! It’s also great that these two wooden vats are going to be used for cidermaking for years to come; Ivor Dunkerton has made sure that these historic vats have gone to a good home and are going to be fermenting apple juice into cider well into the future.”

Denis Gwatkin produces over thirty different ciders and perries throughout the year at his farm and these are often seen at CAMRA beer festivals nationwide as well as in local pubs and off-licenses.

Gwatkin Cider is also sold from the farm shop at Moorhampton Park Farm in Abbey Dore, as well as at around one hundred shows around the country throughout the year. The family-run farm also plays host to a three-day music festival at the end of July. 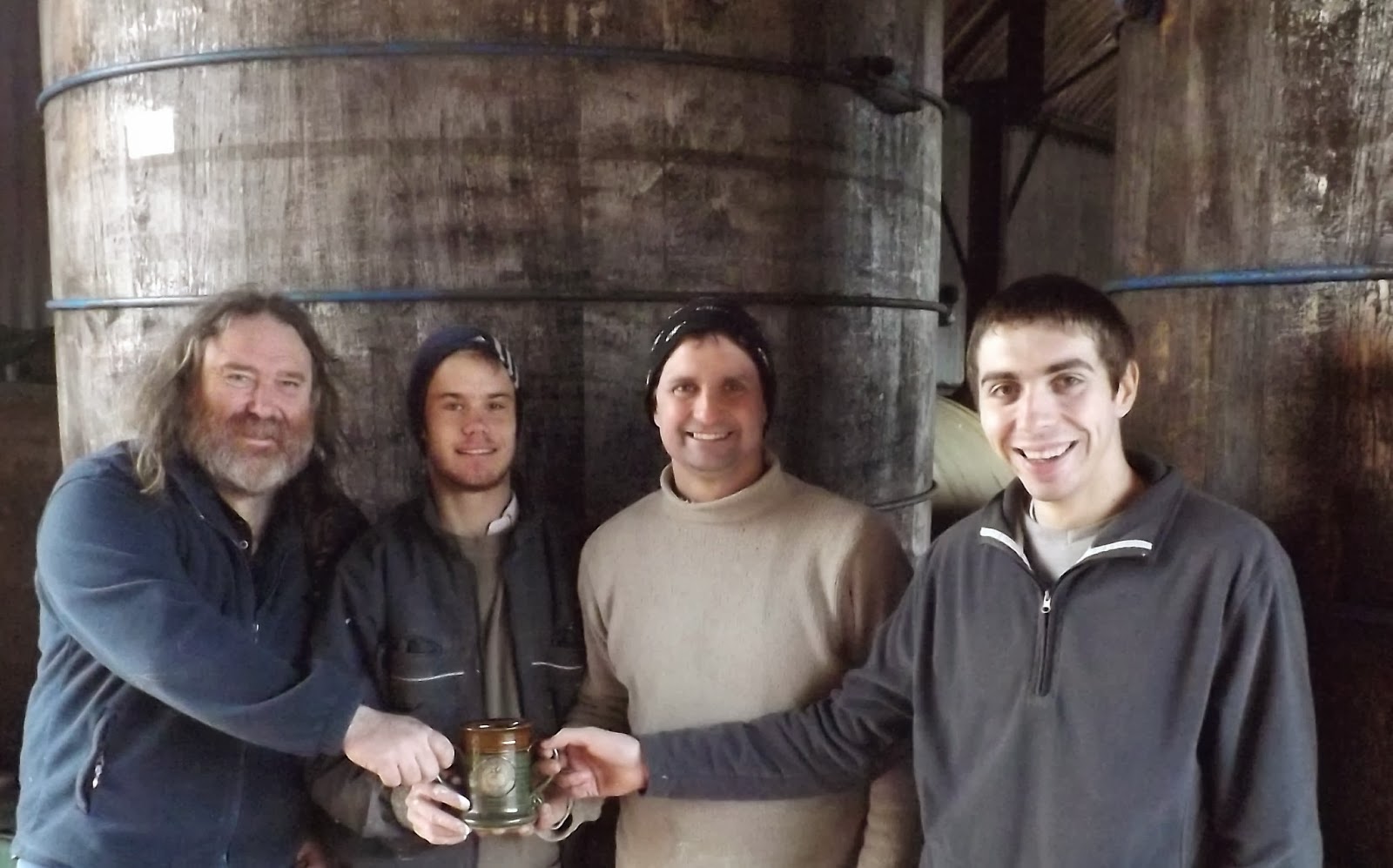 Denis and his team - Mickey, Fluff and Adam

Some news from late last year that I forgot to publish!

Rye Catcher – an American rye beer – by Glenn Payne has been named the winner of Brains’ Continental Beer Challenge, after a judging panel deemed his brew to be the best of seven continental beers.

Last year the Welsh brewer invited beer writers and journalists to collaborate with them to develop and brew their ultimate continental beer in Brains’ craft brewery. Alongside Glenn, guest brewers were Des de Moor, Adrian Tierney-Jones, Pete Brown, Sophie Atherton, and Robyn Black. While Brains handed guest brewers a continental brief, they were free to come up with their own interpretation. As well as the winning American Rye Beer, other styles included a schwarzbier, marzen and saison. Seven beers, including Achilles Heel from Brains’ head brewer, were independently blind judged. The copper coloured beer came top with the judges, who identified a “beer with lots of appeal” with “lemon and lime on the tastebuds”. Bill Dobson, head brewer at Brains, said: “Following the success of last year’s IPA challenge, we chose to make the collaboration brew challenge an annual event. The guest brewers are incredible knowledgeable and passionate about beer. They’ve produced a fantastic range of beers and Rye Catcher is a very worthy winner".

Rye Catcher will become part of Brains’ beer festival programme, the first being Craft Beer Rising in London in February.

TASTING NOTES Rye Catcher is an American rye beer. Rye and Rye Crystal malts provide a spicy malt base and a vibrant copper colour to this beer which is powerfully hopped with Apollo, Columbus, Amarillo and Citra hops from the USA, producing an assertive bitterness with robust flavours of citrus and grapefruit.