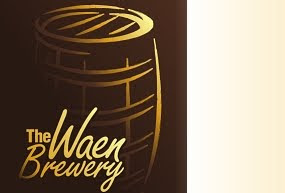 Former Monty Python star Terry Jones was spotted supporting a Welsh brewery the other day at the Star Inn, Dylife where he enjoyed a few pints of Festival Landmark and Brewster's from the Waen Brewery at Caersws. “Best pint around”, said Terry who expressed his love of the local beer and spent the afternoon drinking it.

The Waen Brewery was only set up earlier this year and has already featured on a bar in Parliament.

Terry Jones is known to be a fan of real ale, he was a partner in the Penrhos Brewery, Lyonshall, Kington, Herefordshire (1977-83) and even opened the Great British Beer Festival one year. The first brew of the Penrhos Brewery was the aptly named Jones' First Brew. In 1983 the brewing equipment was sold to Summerskills Brewery of Plymouth.