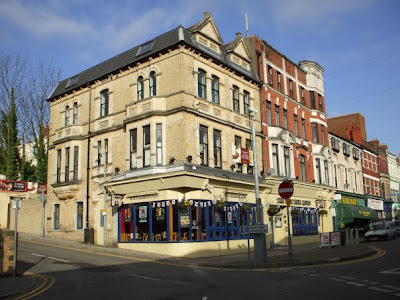 Guinness and wine don't normally go together but they did at the Tom Toya Lewis the other day when the JD Wetherspoons pub company attempted to break the world record for the largest wine tasting. Naturally the Brew Wales editorial team were out in force for this event, drinking Moorhouses Blonde Witch, Holdens XB and other real ales of course!

At the International Cider Competion held recently in Hereford, Gwynt Y Ddraig, the Welsh Cider and Perry company walked off with a handful of awards. Their Malvern Hills Perry came second in the perry category against Denis Gwatkin's perry. It was a battle of the Welsh as Denis was born in Pontypool but now farms over the border at Abbey Dore in Herefordshire.
The new bottled Yarlington Mill cider from Gwynt Y Ddraig came in third in the Best Presented Cider or Perry competition.
Bill George, Operations Director of Gwynt Y Ddraig said, "It cam as a surprise to us all here at the farm to win so many awards, after all we know we make award-winning cidrs and perries so it's good to get the aclaim from our fellow makers".

The Great Welsh Beer & Cider Festival, organised by CAMRA, the Campaign for Real Ale, will this year be held in June in the larger surroundings of Cardiff International Arena. The 3-day event has moved from the usual autumn date to the summer, but festival goers will not have to worry about their real ales being too warm as a state-of-the-art cooling system will be used to ensure that all the beers will served at the correct temperature. Over 250 real ales, ciders, parries and foreign beers will be available at the 3-day event.

The 2008 Great Welsh Beer & Cider Festival will be the biggest event of its kind in Wales and one of the largest beer festivals in the UK. CAMRA will aim to have every Welsh real ale brewery represented supplemented with other breweries from across Britain.

Entertainment will also be available at the CIA this year, apart from Thursday night which will be a quiet night. Friday night will see Sheelanigig who offer an eclectic blend of folk, jazz and world music as well as an outstanding 7-piece UK soul band called Soul miners. Saturday will see the Fore Shadows and later on in the early evening the Treorchy Male Voice Choir will be raising the rafters of the CIA with their renditions of old favourites.

Highpoint of the Great Welsh Beer & Cider Festival for the breweries in Wales will be the Champion Beer of Wales competition which will be announced on Friday afternoon. All 35 real ale breweries, who between them produce over 250 different real ales throughout the year will be hoping to win this prestigious award. Last year the winner was Rhymney dark and the brewery will be hoping to repeat that success.

According to James “Arfur” Daley, CAMRA publicity manager for the festival, “All the CAMRA volunteers are looking forward to this new venue and we are grateful to the financial help we have received from the Welsh Assembly Government to help us create not just the biggest but what we hope to be the best beer festival in Wales. With more breweries now in Wales than we have had for 80 years this is going to be the showcase event for beer in Wales”.

· Over 28,000 pints of real ale, cider and perry will be sold at the festival, all at cellar temperature.

· Over 5000 customers will be attending the 3-day festival.

· 170 different real ales will be available at the Festival.

· An average of 13 pints every minute will be sold when the Festival is open.

· Around 50 ciders and perries (pear ciders), many from Welsh producers, will also be available to complement the real ales.

· Over 100 staff, all CAMRA volunteers, will be staffing the Festival.

· A range of beers from Germany will also be on sale.

· Pub games, stalls and food will be available at the Festival.

This event is supported by the Welsh Assembly Government 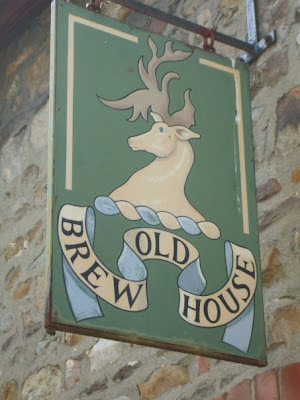 The Gwent Branch of CAMRA, the Campaign for Real Ale, may be running a real ale bar at the Newport Folk Festival this weekend but the story of beer at the historic house goes back further. Nowadays visitors to the house can enjoy a meal in “The Old Brewhouse” which as its name suggests was the brewery for the house and estate. An unusual two-story building, it is more reminiscent of a maltings than a brewery – the long, wide profile would give a large surface area for kilning barley. But then again most of us are used to seeing 19th Century tower breweries – the brewhouse here is far older – it is clearly marked on a map of 1770, along with the barn opposite and brewing was carried out here at least 100 years earlier. The present facade of Tredegar House dates from the 17th Century but there are parts dating from the medieval period so brewing was likely to have been carried out here from that time.
An inventory of 1688 lists the contents of the cellar underneath the house. There were 30 hogsheads for cider and 16 for ale, table beer and small beer as well as 3 vessels holding 4 barrels of ale, 1 vessel holding 3 barrels of ale and one large vessel containing 6 barrels of cider. In 1704 the brewer was called David and was on a wage of £2 10s a year.
In 1688 the brewing equipment consisited of 2 furnaces, 1 cooler, 3 vats, 2 trinds, 3 tubs, 2 lappers, 1 ladle lapper, 20 pails, 1 kettle and 1 iron shovel.
The beer that was brewed here would have been made for both the house and the estate workers, even a funeral of one of the Morgan family in 1719 stipulated a barrel of ale for the mourners.
There are springs nearby providing water for the brewery and the barley and hops were grown on the estate which was about 1000 acres in 1770. A cider mill was also situated on the estate and there were orchards here as well.
There we have it then, a few hundred years ago, if you were a guest of the Morgan family then you would have been offered locally brewed ales and cider at your visit to the house. At the present day Newport Folk Festival, the Campaign for Real Ale offers you a choice of 15 different ales and 10 different ciders. I think the Morgan Family would approve. 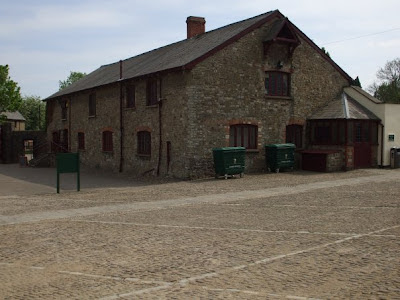 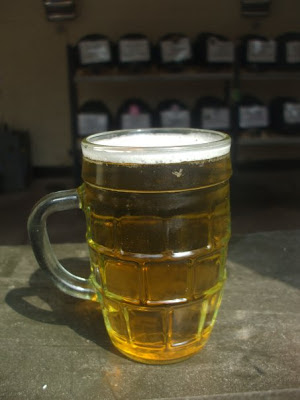 The beer are stillaged and tapped, just waiting for the customers now when we open friday. One small change to the beer list is that Mutts Nuts did not arrive but we've replaced it with Spinning Dog Hereford Cathedral.
Cider from Gwynt Y Ddraig will be arriving shortly, along with a fridge to chill the bottles of Black Dragon, Orchard Gold and the new Perry Vale.
Further Information:
Newport Folk Festival, Tredegar House,
CAMRA bar open Friday 9th May 7-12,
Saturday 10th May 1200-1200,
Sunday 11th May 12-5
www.gwentcamra.org.uk 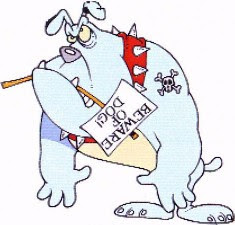 Beers from the Spinning Dog Brewery in Hereford will feature at the real ale bar at the Newport Folk Festival at Tredegar House on the weekend of the 9-11th May. The Gwent Branch of CAMRA, the Campaign for Real Ale, will once again be running the bar at the 19th Folk Festival. Gwent CAMRA are aiming to put on a range of the best beers and ciders from the local area and as far away as Herefordshire. Spinning Dog beers will include an Organic beer as well as Celtic Gold and the unusually named Mutt's Nuts, alongside other Herefordshire brewery Wye Valley with their HPA, Butty Bach and Bitter.

Local brews are not left out either with beers from Cwmbran Brewery with their fruity award-winning Blackcurrant Stout on the bar along with Pink Panther – a pink beer, and their malty Four Seasons.
Beers from Rhymney Brewery will also be served – this is a relatively new brewery which takes it's name from an old South Wales brewery that once dominated the area. The current Champion Beer of Wales, Rhymney Dark, will be featured alongside Bevan's Bitter.
A former Champion Beer of Wales winner, Breconshire Brewery will also be at the festival with their Ramblers Ruin, County and Cribyn – an unusual beer in that it's a light mild.
To round off the beer range, another award-winning Welsh brewery, Otley from Pontypridd, will be supplying their OBB and O1.

For those who prefer the apple or pear to the grain and the hop then you will not be left out as multi award-winning Gwynt y Ddraig cider will be bringing their ciders and perries along to the festival. Their ciders are available throughout Wales in supermarkets and pubs but at this festival both bottled and draught products will be available together.

According to James Daley, Gwent CAMRA bar manager, “We have sourced the best Welsh beers and ciders for this festival and we hope we've found something to suit everyone's taste. Newport Folk Festival is our first beer festival of the year and hopefully it will be a good start to the real ale year as next month we have the Great Welsh Beer & Cider Festival at Cardiff International Arena”.

Gwynt Y Ddraig, the Welsh Cider company, has announced the appointment of two new directors to the board, Ian Evans has been appointed Chairman and Lyn Casling has taken over as Finance Director of the biggest cidermaker in Wales.

Ian Evans, originally from the Rhondda Valley, is a graduate of the Polytechnic of Wales, after which he worked in the drinks industry for Scottish & Newcastle where his jobs included Group Logistics Director and Production Director at the Newcastle and Fountainbridge Breweries, as well as Operations Director for the Scottish Courage Brands. He was also involved in the merger of The Beer Cellar and Waverley Vintners and the sale of Scottish &Newcastle’s pubs to the Spirit Pub Group. Ian currently works for William Grant & Sons as Operations Development and Compliance Director.


“Despite spending most of my working life in Scotland, I always enjoy coming back to Wales to support the Welsh Rugby team and of course sampling the superb ciders from Wales”, said Ian Evans.

Lyn Casling joins the board of Gwynt Y Ddraig as non-executive Finance Director. He is also from the Rhondda and is a graduate of the Polytechnic of Wales. He is a Fellow of the Association of Chartered Certified Accountants and a Member of the Compliance Institute. Lyn is a past president of the South Wales District Society of Chartered Certified Accountants. In 1986 Lyn joined the Julian Hodge Bank Group as Chief Accountant, progressing to Managing Director of Hodge Life Assurance Company Limited in 1990 and remained in that position until November 1999. Lyn was Finance Director of Challenger Group Services (UK) Limited, and Challenger Life (UK) Limited from December 2001 until July 2007 and is currently Head of Product Development of Living Time Limited.