Below is the full list of the Champion Beers of Wales 2015, nothing from the Llandeilo Village Idiot on it so expect another hissy fit from the Old Dear 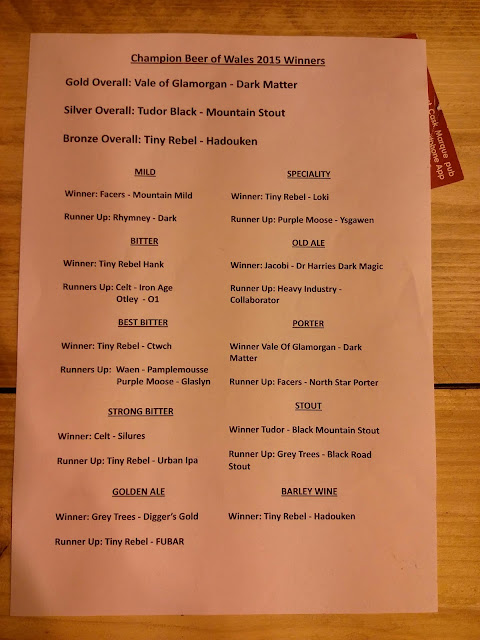 A brewery based in Cadoxton near Barry has been judged to brew the best beer in Wales at the Champion Beer of Wales Competition, held at the Great Welsh Beer & Cider Festival, Dumballs Road, Cardiff.
Dark Matter, a 4.4% porter brewed by the Vale of Glamorgan Brewery was judged against beers from across Wales and was found to be the best in a blind tasting by a panel of judges. Over 800 different ales are now brewed in Wales every year and CAMRA, The Campaign For Real Ale, have run a series of competitions throughout the year, with the final occurring in Cardiff today.
According to CAMRA spokesman, Arfur Daley, "Well done to Vale of Glamorgan Brewery, they faced strong competition this year to win this award, the brewery only changed hands earlier this year, with the previous owners staying on as consultants and to ensure consistency of the beers, so it's well done to both the old and new teams at the brewery".

Tasting Notes
Vale of Glamorgan Brewery Dark Matter is a 4.4% porter, pitch black in colour with a deep-red hue. Rich roast malts and blackcurrants are in the aroma with more blackcurrant and rich fruit in the taste. Bitter aftertaste with Autumn fruits dominating well into the finish.

4000 thirsty drinkers are expected at the 3 day event
Over 20,000 pints of real ale, cider and perry will be consumed during the Great Welsh
Over 10 pints a minute will be served during the festival
Almost 2500 pints of cider and perry will be available
Over 180 different real ales, ciders, perries will be available at the Great Welsh
Over 140 CAMRA members and brewery staff will be volunteering to work at the festival
The Great Welsh Beer & Cider Festival 2013 is the 15th annual festival, the first at the Depot, previous venues have been the Millennium Stadium, Motorpoint Arena and Cardiff City Hall. 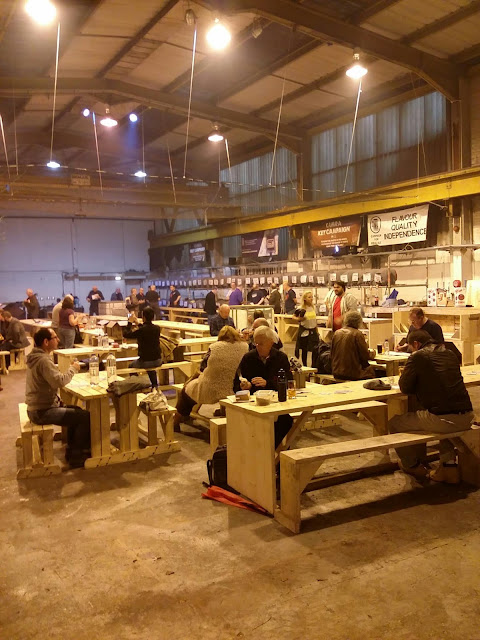