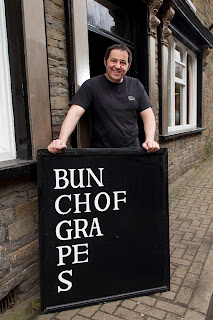 Two pubs in south Wales, both run by Nick Otley(above) from the Otley Brewing Company, have been listed in the UK’s best-selling restaurant guide.
The Bunch of Grapes in Pontypridd and the King’s Arms in Pentyrch have both been selected for the Which? Good Food Guide 2013, an annual report of the best places to eat in the UK.

All listings are based on feedback from diners alongside anonymous annual inspections to ensure that every entry is up to date. The Good Food Guide has been reviewing the UK’s best restaurants, pubs and cafes since 1951.
The Bunch of Grapes has featured in the guide for the past four years running and the King’s Arms entry is the first since the management of the pub was taken over from Brain’s earlier this year. 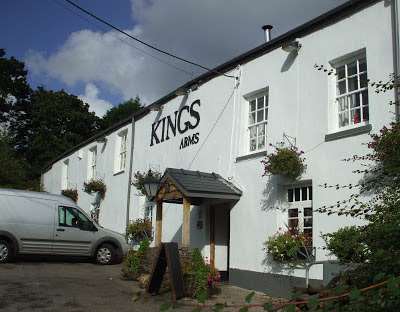 Nick Otley said: “Both pubs aim to make the most of quality Welsh produce including Breconshire Beef, Welsh lamb, locally made fine cheeses, as well as fruit and vegetables we grow on site.

“Through our menus we aim to push the boundaries by incorporating innovative dishes throughout the seasons such as sausage desserts and beer ice-cream.

“We’re over the moon to have made the Good Food Guide and be among the best places to eat in the UK.”

Neither of the pubs smell of fish.