Now and then - Railway Inn Cowbridge 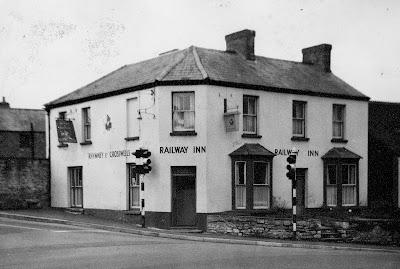 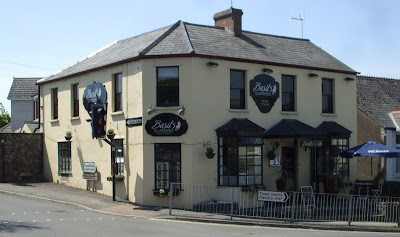 An occasional series looking at old and modern photographs of pubs and former pubs.
Railway Inn, 2 Eastgate, Cowbridge.
The top photo is from the late 1950's/early 1960s, the bottom one was taken in May this year. The pub was formerly owned by Rhymney Brewery as the Hobby Horse sign can be seen in the top photograph.
In 1864 a building on this site was described as ‘a ruinous house, partly taken down’ but had been rebuilt as the Railway Inn by 1871. Closed as a pub in 1969. Has since been an Indian Restaurant and is now Basil's of Cowbridge.