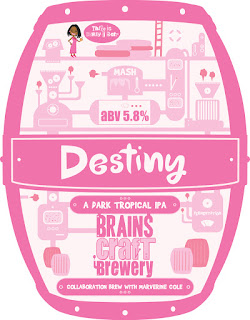 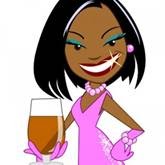 While Brains handed Marverine an IPA brief, she was free to come up with her own interpretation. The result is Destiny – a 5.8% dark IPA. A tropical burst from Galaxy and Motueka hops, coupled with fresh mango, contrasts with roast malt flavours.

Marverine said: “Destiny is a dark tropical IPA which gives a nod to my Caribbean roots and the islands which boats carrying IPA beer from England to India back in the 1700s would have passed by.

“Thanks to Bill and the team for asking me to collaborate on a beer. I learned so much from everyone during the brew day, as you'll see from the video on my blog it was so much fun. Here's hoping everyone enjoys my fruitilicious mango beer.”
Destiny is part of an India Pale Ale series, which sees beer writers and bloggers develop and brew their ultimate IPA. Guest brewers include Simon Martin, Martyn Cornell, Melissa Cole, and Ben McFarland and Tom Sandham. The IPAs will be independently judged at the end of the year and the winning beer will become part of Brains’ beer festival programme.

The beer will be available in cask in 30 Brains outlets from October 19th.