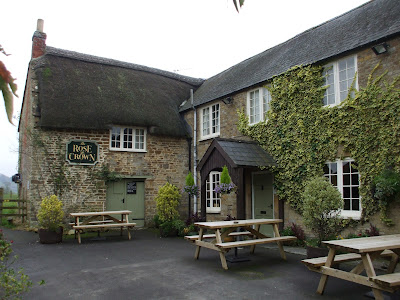 Had to pick up some cidermaking equipment the other day so the Disco was fired up for a trip across the Severn and to Somersetshire and Dorsetshire. Oh and it was a good excuse to visit a few pubs as well!
We managed to find a black-hole for Sat-Navs as well where the Nokia Maps did not work, neither did the Garmen - Yes we had two Sat-Nav systems for this journey as neither the driver or myself bothered bringing a decent map along. Still we saw some picturesque villages when we got lost! Bristol really needs a motorway on the East and South sides as well - driving along the M32 takes you straight into the centre of the City and the aromatic aroma of Cabot Circus but its all surburban roads heading South then.
First stop off was the Rose & Crown in Trent, a part-thatched multi-roomed pub in a village where Charles II took refuge after the Battle of Worcester. Now a gastro-pub but with a range of beers on from Wadworth and Hook Norton. Claims to date from the 14th Century but rather like the food prices this date was somewhat over-inflated!
After our pick-ups we found ourselves in the historic town of Sherborne and quickly found the only freehouse in town, the Digby Tap. And what a great find! Excellent range of beers in this former Regional Pub of the Year for CAMRA. Packed full of history, this multi-roomed pub is one of the best pubs I have been in for ages. 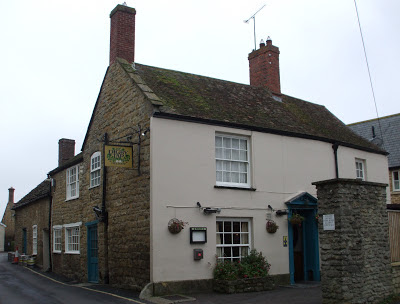 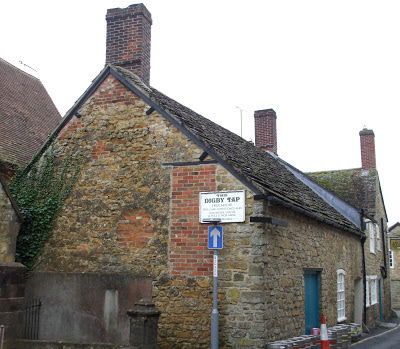 The type of wall that gives architectural historians nightmares 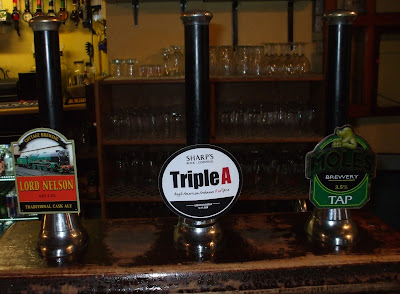 Some of the beers available at the Digby Tap
Wished we stopped here to eat rather than the gastro-pub! 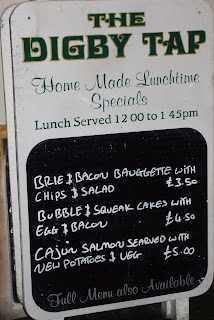 With a couple of hours of daylight left we decided to visit a cider farm and after no answer from one maker we went to Burrow Hill, home of the Somerset Brandy Company. 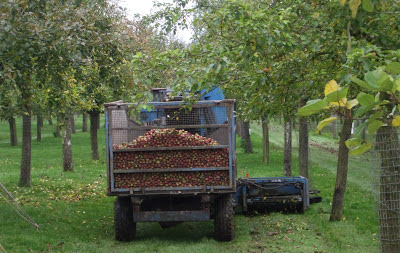 Above: Gathering the apples, a bit more mechanised than the picking I'm normally used to! 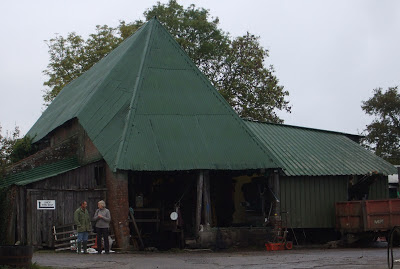 The barn that houses the cider press, the corrugated roof hides an older, thatched roof and the apples are run into the barn via a water shoot below the ground. Cider has been made on this farm for at least 150 years. 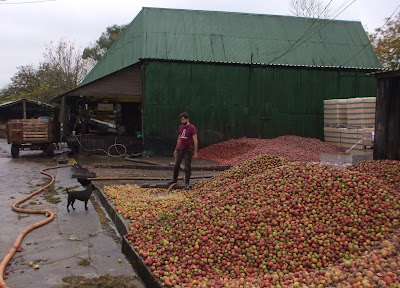 A view of the apple tump, with the water chute leading to the milling and pressing barn.

Left: Apples being taken up to the milling area 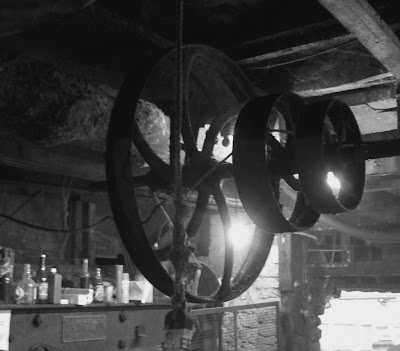 Some of the old machinery in the barn. These wheels would have driven belts that supplied power to various bits of milling and pressing equipment. 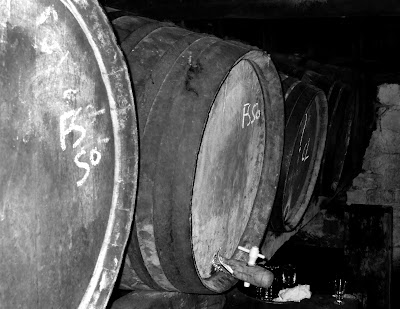 Naturally any visit to a cider farm would include a taste of cider, although the staff were a bit surprised when we opted for the dry, apparently only the locals like it that dry! 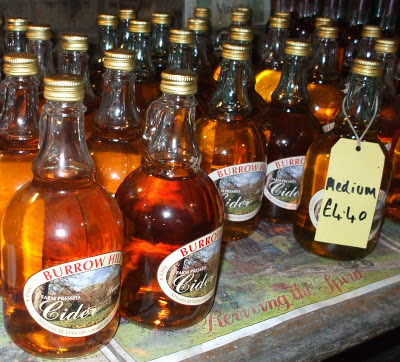 Cider and perry is available both on draught and in bottles from the farm shop. 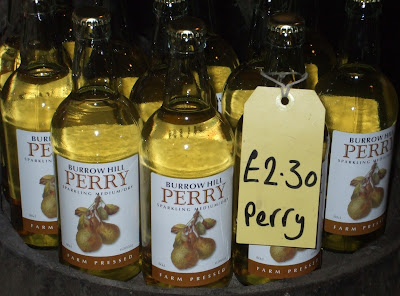 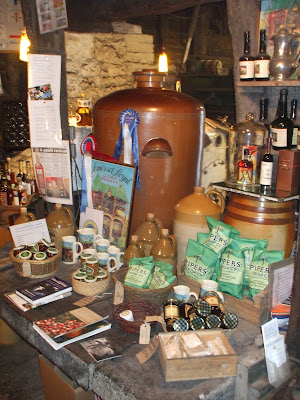 The products for sale are on show on an old cider press. 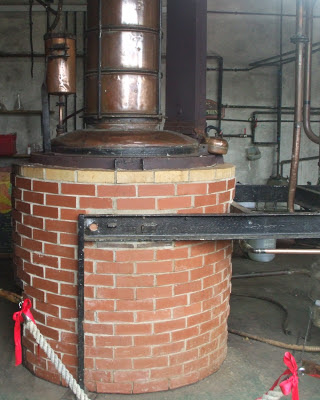 ﻿Burrow Hill Cider is also home to Somerset Brandy Company where the ciders are distilled into cider brandy. Available to buy online as well.

A good day out and best of all I was not the one doing the driving!﻿

Good to see the Digby Tap is still going strong - one of those classic "real" pubs that sticks in the memory. Why can't there be more pubs like that?