Every week a pub is converted to a supermarket 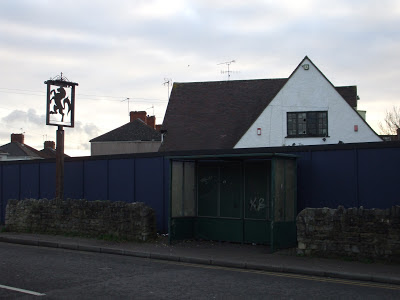 Above: The Black Horse,Somerton, Newport which is to become a Tesco Express

CAMRA, the Campaign for Real Ale, has today urged the Government to change planning laws which are currently allowing the nation’s major supermarket chains and developers an easy route to ripping the hearts out of small communities, with new research showing that since January 2010, over 200 pubs across Britain have been converted into supermarket convenience stores.

CAMRA has been lobbying hard in recent years to persuade the Government to close arcane planning law loopholes in England and Wales which are allowing pubs - amenities which provide a community centre and a managed environment to consume alcohol - to be demolished or converted without the need for planning permission, and therefore rendering communities powerless in the fight to save their locals. 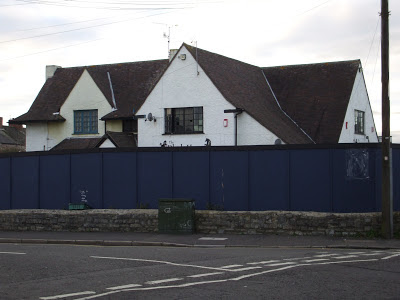 Based on a national pub conversion survey carried out by its members, CAMRA has found that since the beginning of 2010, a staggering 130 pubs have been converted into convenience stores by supermarket giant Tesco, and 22 by Sainsbury’s, with a further 54 by other companies such as The Co-Operative, Asda and Costcutter.

With a further 45 pubs reported to be under threat of conversion across Britain at present, Mike Benner, CAMRA Chief Executive, said:

‘Weak and misguided planning laws and the predatory acquisition of valued pub sites by large supermarket chains, coupled with the willingness of pub owners to cash-in and sell for development, are some of the biggest threats to the future of Britain’s social fabric. For years, large supermarket chains have shown a disregard for the wellbeing of local communities, gutting much-loved former pubs in areas already bursting with supermarket stores.

‘Pubs are being targeted for development by supermarket chains due to non-existent planning controls allowing supermarkets to ride roughshod over the wishes of the local community. At a time when 18 pubs are closing every week this is damaging a great British institution. Unless action is taken by the Government to address obvious loopholes in planning legislation, more local communities will be forced to give up their local pub without a fight, and seeing the pub signs of Red Lions and Royal Oaks being corporately graffitied over by supermarket empires will become an all too common sight.’

‘Residents across the country are feeling powerless to intervene as local community pubs are being turned into convenience stores.

‘The Castle, a pub in my own constituency in Southampton, is the latest in a line of pubs being sold by large pub company Enterprise Inns to the giant supermarket chain Tesco. CAMRA’s new figures show that this kind of behaviour is rife around the country as around 1 pub a week is converted into a convenience store.

‘The Government needs to wake up to this looming crisis in the pub industry and look not only at planning laws that allow pubs to be converted so easily, but also at the cosy relationship between national retailers and large pub companies that so often leave local communities feeling left out in the cold.’

The Black Horse pub in Somerton, Newport which is pictured in this article is a former Ansells pub and planning permission was originally refused to demolish this pub and build a Tesco on the site. However the building has since been vandalised with roofing material removed - it seems Tesco are prepared to wait until this building has to be demolished for safety reasons rather than work with the existing structure.

So you change the planning laws and just end up with a derelict pub on the site until the application goes through.

No planning controls in the world will save pubs if the business is no longer there for them.

A Tesco Express has already taken over a former Ansells pub that was called Lloyds, on Cambrian Road in the centre of Newport. Beer quality and range has improved drastically.