Win a chance to brew beer with Otley Brewery 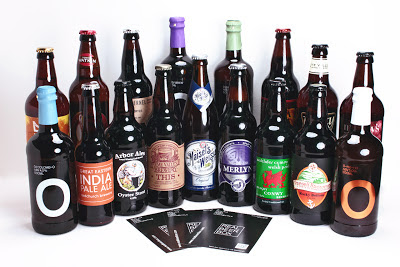 Customers buying an Otley Real Beer Box this Christmas may get an extra surprise with their delivery.

In association with Real Beer Box, Otley Brewing Company has asked its customers to look out for a golden ticket hidden inside the box which could contain a chance to win a brew day at its new brewery in Pontypridd.

The winner will be invited to spend the day alongside the Otley brewers who will show them how the beer
Nick Otley, managing director of Otley Brewing Company, said: “Real Beer Box is a great way for people to sample our beers that may not have heard of us before. It makes us even more accessible to the market outside Wales and we hope that our golden ticket competition will not only inspire future beer enthusiasts, but also encourage customers to sample the different beers in our range.

“In particular we are looking forward to working alongside the winner of the brewing day ticket, and you never know we might let them brew a beer of their own.

As well a day brewing, lucky customers who receive a golden ticket are also in with the chance of winning either one of six mini kegs or a six month RealBeerBox subscription.
Nick continued: “What could be a better present for any beer enthusiast to open on Christmas day than a box of Otley beer and discovering you will be brewing a beer with the Otley boys!”

Otley Brewing Company is based and manufactured on the Albion Industrial Estate in Cilfynydd. The brewery, which recently moved to the premises, manufactures 3,000 bottles each week and has just opened its new front of house shop alongside its brewery tours and tasting sessions.