London-brewed beers to feature at the Bunch 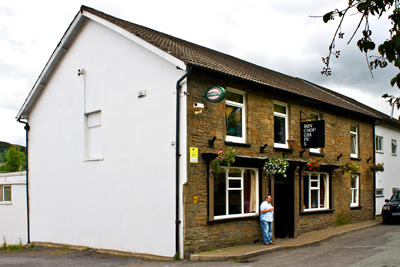 
The award-winning Bunch of Grapes in Pontypridd will this weekend be featuring a number of rare London brews at their 'London Beer Weekend'.

This weekend our pumps will feature a selection from three London Microbreweries (available from Friday 11am):
•The highly revered Kernel Brewery – massively hoppy beers with massive depths of flavour, you’re unlikely to find these on tap anywhere else in Wales - Pale ale, India Pale Ale and Porter.

•Sambrook’s Brewery – brewing in Battersea since 2008, playing a big part in bringing Brewing back into the centre of London - Wandle Ale (3.8%) named after the Thames tributary, a golden ale with a clean fresh sweetness and delicate lingering bitterness. Also their“1st anniversary” ale, Junction (4.5%), a traditional full bodied traditional English bitter brewed for anyone who thinks “theres too much flowery aroma in beer these days!”. Lastly, their Pale Ale (4.2%), with a light, dry and zesty taste and a citrus aroma.

•The Tap East Pub and Brewery – Looks like Cardiff missed a trick when building St. David’s 2 – situated in the middle of the Westfield Stratford shopping mall in East London, this pub and microbrewery surely offers the ultimate respite from shopping - Coffee in the Morning (5.7%), brewed with freshly ground coffee beans this is a full flavoured beer not necessarily intended for breakfast – bitter, roasted coffee bean flavours dominate. Also Poplar Pale Ale (4.1%), an American Pale Ale with a light golden colour, aroma of biscuity malts and classic citrus, grassy finish.

On top of this, one or two Otley beers may try and elbow their way in to the mix depending on how sales go, look out for O3 Boss and O-Garden making a sneak appearance.
The Bunch now offers custom made Beer Flights, where you can try Five different beers at a time in 1/3 pint glasses.