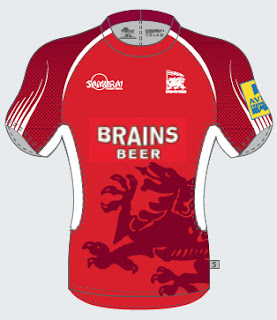 Welsh brewer S.A Brain and Co Ltd has become the main shirt sponsor of London Welsh RFC, in a major sponsorship deal designed to grow Brains’ business outside of Wales.


The agreement, which officially starts this month, will see the rugby jersey emblazoned with ‘Brains Beer’ for the next three years. The team, who were recently promoted to the top flight Aviva Premiership, will wear the new kit for the first time when they play Leicester Tigers on September 2nd at the Kassam Stadium.

Richard Davies, Sales and Marketing Director at Brains, said: “This is the start of a partnership that will spearhead our strategy to grow our business outside of Wales, and what better way to do it than with a club that has its roots in Wales. The sponsorship deal gives us a great brand fit with London Welsh and exposure to a key market that will enable us to further grow our brand.”

Mark Kemp, Commercial Manager at London Welsh, said: “It is great to welcome Brains on board and to have them as our main shirt sponsor is a tremendous boost to the club as we take on the might of the Premiership. They have demonstrated their commitment to Wales and Welsh sport, which they are underlining with this deal. We look forward to working closely with them over the next three years and know that they will be a huge asset to the club both at Old Deer park and the Kassam stadium.”

Brains has been involved in top level sponsorship since 2004 when their ale became the first Welsh brand to sponsor the Welsh Rugby Union senior team jersey – and has since remained one of the WRU’s key partners.