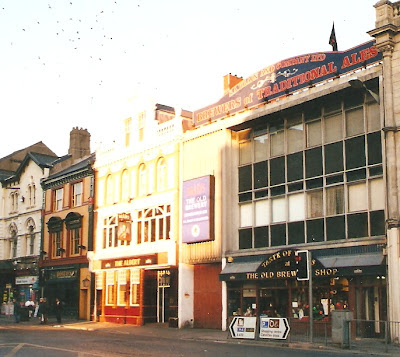 The Old Brewery in Cardiff will always be remembered by me as a complicated but compact maze. Tours were few and far between and varied as to where they started – sometimes in the upstairs bar of the Albert, sometimes in the sample room just off the brewery yard and quite often one tour would miss something out another one would include – for instance I only saw the open fermenters on one particular visit – other visits we were only shown the 'new' enclosed fermenters which became operational in 1979, after the rebuild of the entire brewery that started in 1975.

The Albert is today called the Yard and is a lot larger than the original pub as it has been expanded into the what was the brewery. The traditional date for the brewery is 1713 as this was a date carved into the stonework, this was still visible when Alfred Barnard visited the brewery in the late 1880s but these buildings were demolished in 1919, when another rebuild was carried out. Oh there was another rebuild in 1887 in which the site was expanded to the East and South (Caroline Street entrance).

All the following photographs were taken by me on a couple of visits in the late 1990s, on the Canon A1, looking at the negatives, it seems that the tour was not a logical progression of moving from mill to cask but for clarity here I've put the photos into the order you would expect to see them in if following the usual brewery tour. I've also put in some drawings from Alfred Bernard's  viist to Brians from his Noted Breweries of Great Britain and Ireland so that the 1890 equipment can be seen. 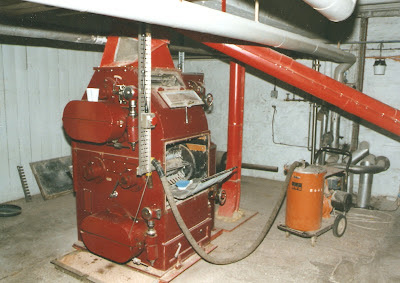 Above and below: A couple of shots of the grist mills 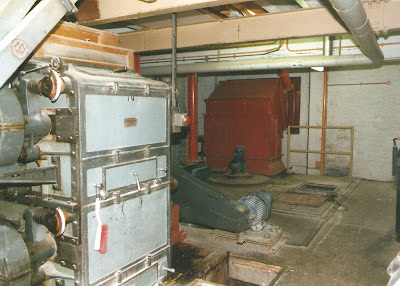 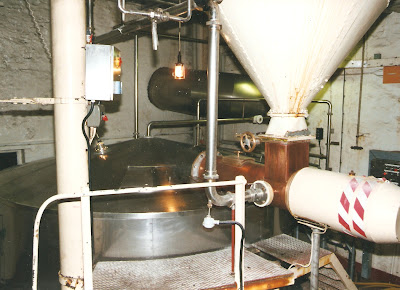 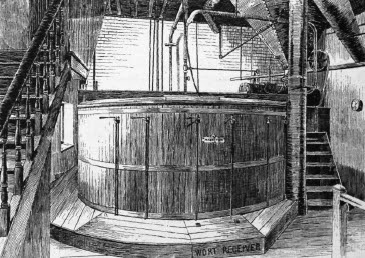 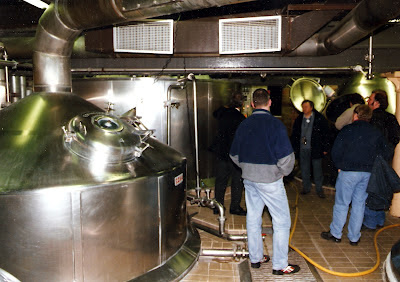 Above and below: The coppers 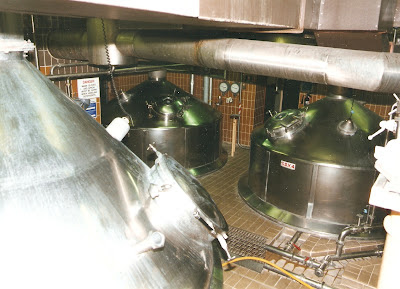 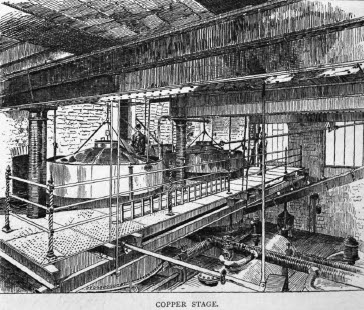 Below: The 'new' 1979 fermenters, South side of the brewery, Caroline Street side 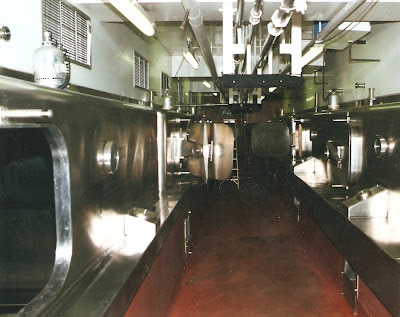 Below: The old open fermenters, copper-lined 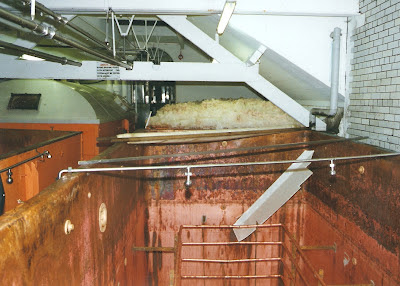 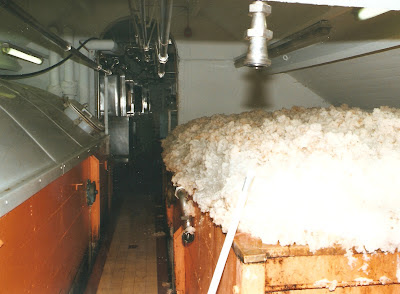 Above: the fermenter on the left has been enclosed whilst the one on the right is still open, with a good head of yeast on it! 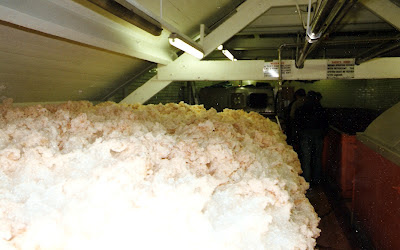 I seem to recall the 'old' open fermenters were in a different part of the brewery to the new block, if memory serves me right they were along the north wall of the site, immediately behind the Albert pub. 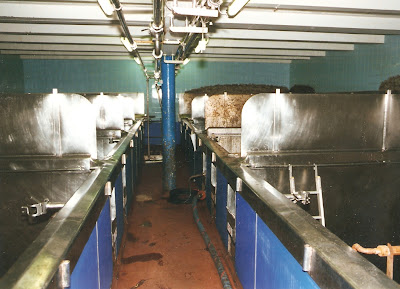 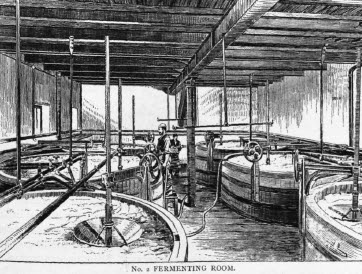 Above and below: fermenters in the 1890s 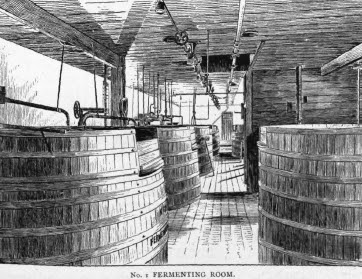 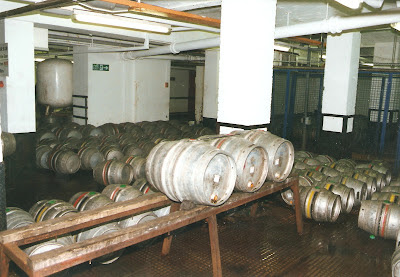 The racking area for the beers was in the cellar of the brewery, underneath the brewery yard and now home to restaurants 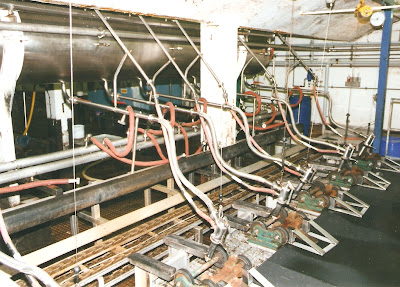 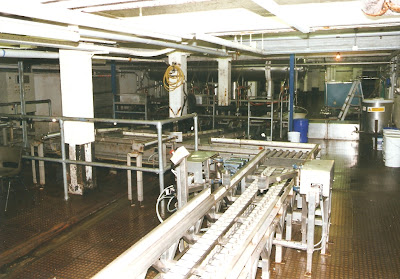 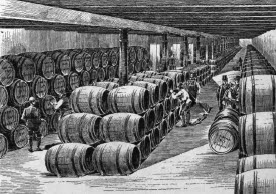 Having the racking area in the cellar was not ideal as the beer then had to be hoisted up to the yard and onto the drays for delivery, however this was the best option available on this compact site. 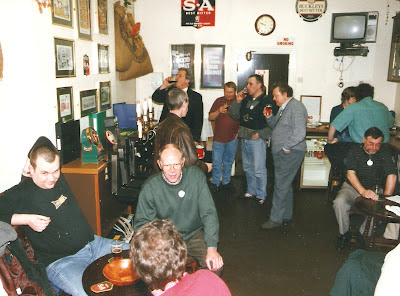 Of course the any brewery tour would not be complete without a visit to the sample room! Seems this photo was taken with the Swansea & Neath CAMRA Branch visit!