The Brew Wales editorial team, which consists of, well myself, have sat down with a few beers to decide on these awards for 2010.
Pub of the Year (Wales) 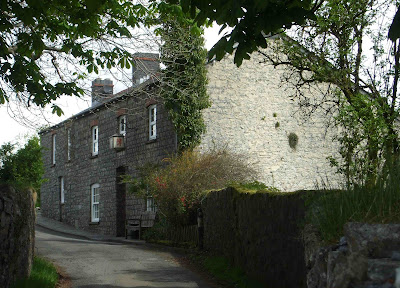 Red Lion, Penderyn.
Criminally neglected by the local CAMRA branch as to inclusion in the Good Beer Guide due to a feud that has lasted for 15 years, this fantastic freehouse offers real ales and ciders in one of the most picturesque settings in Wales. No pub website but I have covered the pub previously here.
Runners up: Kilverts,Hay on Wye; Bunch of Grapes Pontypridd; King's Arms Abergavenny; Clytha Arms; Blue Bell, Halkyn
Pub of the Year (rest of UK)
The Rake, Borough Market.
What a pub, what a beer range. If only we all could be this spoilt for choice and quality in a pub in every city in the UK.
Local Pub of the UK 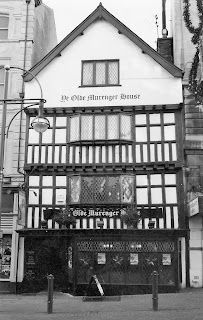 Ye Olde Murenger House,Newport
It may only serve Sam Smiths Old Brewery Bitter as its only real ale but its my favourite pub in Newport. Plenty of American golf fans enjoyed the pub during the 2010 Ryder Cup, especially the £1.99 a pint price tag.
Runner up: Winchester,Merthyr Tydfil
Most Improved Pub of the Year
City Arms, Cardiff
SA Brain have completely turned this pub around by changing it into a beer emporium and installing a manager whose enthusiasm really shows through with the quality and selection of beers available at this City centre venue.
Runner up: HanburyArms, Caerleon (SA Brain)
Food Pub of the Year
GoatMajor, Cardiff, SA Brain
May come as a bit of surprise to readers but the pie and chips menu is really something special. Having won “Pie of the Year 2010” for their Wye Valley Pie, made with chicken, asparagus and Tintern Abbey cheese, the pub is an another example of what can be done when the manager is allowed some freedom to do something unique.
Runners up: Clytha Arms; Kings Arms, Abergavenny; Bunch of Grapes, Pontypridd
Welsh Brewery of the Year
Otley Brewery, Pontypridd
Innovative and willing to experiment, the Otley boys once again proved they are the best brewers in Wales by winning the CAMRA Champion Beer of Wales award 2010/11.
Runners up: Tomos Watkin, Brains, Swansea, Neath Ales, Breconshire, Kingstone, Tudor, Conwy and all the others I have enjoyed throughout the year.
Brewery of the Year (Rest of UK)
Brewdog
From their marketing stunts to producing innovative and interesting beers, Brewdog are certainly one of the most talked about breweries in the world today. Added to that their beer is very good as well.
Runners up: Fullers, Thornbridge, Dark Star
Best Newcomer of the Year
Neath Ales
The Green Bullet brewed by this brewery was simply stunning. One of the best beers I have ever tried. Brewer Jay Thomas is a real hop head who likes flavoursome beers, an enthusiast who has taken the big step of developing his hobby into his business. One to watch in 2011.
Beer of the Year

Neath Ales Green Bullet
A simply stunning beer, both in bottle and on draught, the citrus flavour of the New Zealand Green Bullet hops was carefully matched by the biscuity sweetness of the Maris Otter malt.
Runners up: Otley Columbo, Brewdog Punk IPA
Cider of the Year
GwyntY Ddraig Black Dragon
Well it won international cider of the year in 2010 and was a well-deserved winner at that.
Runner up Gwatkin Foxwhelp
Perry of the Year
Llanblethian Orchards
A bit biased here as this award-winning perry was actually made by myself, Alex and John, to a recipe of my own invention using a blend of Hendre Huffcap and Potato pears. The recipe was concocted by eating the perry pears in the orchard and deciding a blend should balance out the harsh acids in the Huffcap pear. It worked and we won an award for it.
Off-license of the Year
Discount Supermarket, 97-99 Whitchurch Road, Cardiff
What appears from the outside as just another street corner shop houses the best range of bottled beers in South Wales. Featuring breweries such as Black Sheep, Sam Smiths, St Peter's, Robinsons etc as well as ciders this shop is a must-visit destination for any beer lover.
Runner up: Tesco
Festival of the Year
Abergavenny Food Festival
Although some may feel this is becoming too commercial a festival, it is still a very good event.
Runners up: Swansea Beer Festival, Great Welsh Beer & Cider Festival, Cardiff Bay International Food Festival, Great British Cheese Festival, Gwynt open day
Pub Festival of the Year
Bunchof Grapes, Pontypridd
The IPA Festival hosted by the Bunch was a sell-out success proving that there is a demand for tasty , hoppy beers in South Wales, despite what brewers of boring beers from West Wales may say.
Brewery Website of the Year
SA Brain
As befitting the largest real ale brewer in Wales, SA Brain have a large and informative website. Easily accessible with quick navigation the site also features an RSS news feed and downloadable SatNav info for their pubs. Links to individual pub websites, Facebook pages and Twitter feeds, where applicable are also on the site.
Runner up: Artisan Brewery, Cardiff
Pub Website of the Year
Blue Bell, Halkyn
An informative site that is updated on a daily basis with the beers and ciders available that day. The pub has also embraced, Twitter, Foursquare and Facebook and uses these social networks to inform customers of what beers are on and of events occurring. Full tasting notes of the beers and ciders on and coming on are on the site as well.
Worst Pub Website of the Year
Warning: Turn down gamma on monitor, put on sunglasses and prepare to be dazzled.
Tafarn John Y Gwas, Drefach-Felindre, Carmarthenshire
Worst Pub of the Year
A multiple award for JD Chaverspoons. Having avoided them for most of the year, just before Christmas experienced the Gatekeeper with some friends and multiple beers were returned as they tasted off. Staff refused to taste the beers or take them off sale. Well the manager would have to explain to head office why bad beers were taken off so its easier for the off beers to be sold to the public. And people wonder why I am willing to pay £3/pint for excellent beer at the nearby City Arms?
Beery Moment of the Year
Winning a year's subscription to My Brewery Tap 52 week beer club. Packed with old favourites and some new breweries I had never come across before.
Runner up: Deep fried beer , invented by Mark Zable for the Texas State Fair. Beer is put into a dough pocket and deep fried, the dough forms a crust leaving the beer inside! Not tried it yet though.
Cidery Moment of the Year
Winning a Gold Medal at the Welsh Cider & Perry Championships for a perry made from my recipe.
Non-beery moment of the year
Being quoted in the Daily Mail for heckling the expense-fiddling then Members of Parliament, Morley, Chaytor and Devine, as they came out of Westminster Magistrates Court. Along with Old Holborn and the Taxpayers Alliance, together with Sir Olly Cromwell who was penned across the road, the troughers were greeted with “Oink oink” as they left court to face a row of press and protesters. As the troughing trinity climbed into their taxi I shouted “Is the taxi on expenses?”, much to the amusement of onlookers and was quoted later in the Daily Mail. Video below of the event.