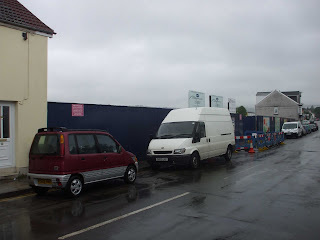 Above: The former site of the Giles & Harrap Brewery today.
Below: The site last year 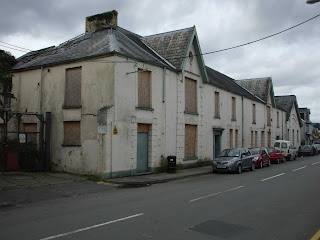 So farewell then to the former Giles & Harrap Brewery on Brecon Road in Merthyr. Although this had not been used as a brewery since 1936, the substantial premises, which covered 2 acres, were a distinctive landmark on Brecon Road, with their 250 foot frontage. 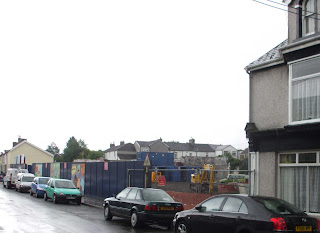 Above and below: the site from the North end of Brecon Road 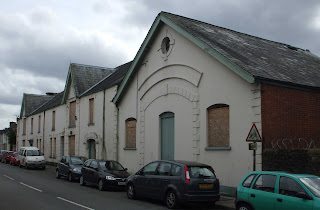 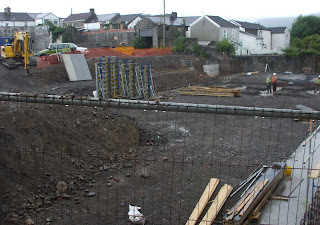 Above: the extensive site of the former brewery

Above and below: the rear of the premises before demoilition 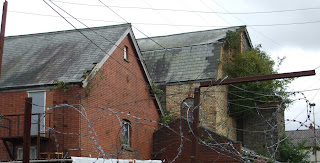 The first brewery on this was back in 1830 when Watkin Davies was brewing here, the location being described as 'Tydfil Well', other owners were:
1835 Rowland Hopkins
1844 Merthyr Tydfil Brewing Company
1848 James Penny
1852 John Giles
1871 Giles &  Harrap 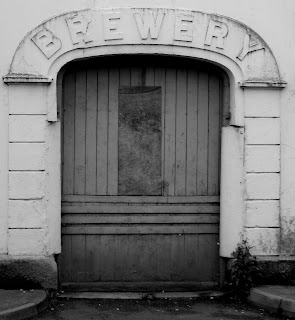 1936 Hancocks of Cardiff bought and closed the brewery together with 62 pubs. Premises were used as a depot by the brewery.
The buildings were later used as a depot and yard by the former Merthyr Tydfil Borough Council but for the last 25 years have lain empty and dereliction crept in. About 10 years ago there was a plan to sell the site to developers who were going to convert and renovate the original building for use as offices, unfortunately objections from, among others, the Georgian Group meant that this deal fell through and the buildings stood empty, with the purple weed budlea growing rampant amongst the brickwork and vandals stripping the slates off the roof, this unwanted building fell further and further into disrepair before finally being demolished a few weeks ago. Another part of the industrial heritage of the Taff Valley destroyed. Well done to the Georgian Group for objecting to a plan to save the buildings, this has now resulted in the total demolition of the historic buildings on the site. CADW also deserve a mention for their inability to save these buildings. Once again this useless QUANGO shows that it has no interest in protecting our heritage.
For a reminder of Giles & Harrap Brewery in their heyday, visit the Royal Oak in Ystrad Mynach, a stunning Brewers' Tudor style pub with etched windows built in 1914. 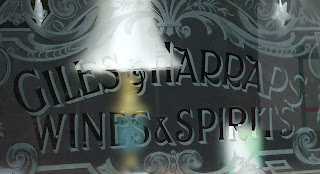 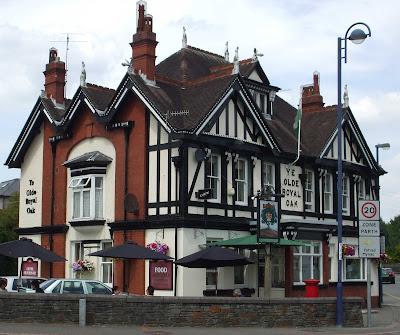 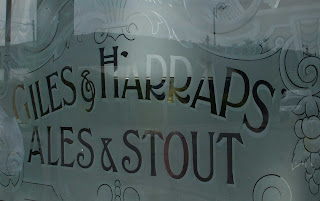 More information and photographs of Merthyr Tydfil can be found here:
www.oldmerthyrtydfil.com

I lived in Plymouth Street in 1973and worked for Davies the milk. Dowlais was part of my round, which had some of the oldest buildings in Merthyr. I also covered Georgetown. A fr1end of mine has an oval Harraps Stout Tin advertising sign. I am aware of the Royal Oak in Ystrad Mynach as I used to live in Brynmynach.
I have lived in Kent for over 40 years, but still try and keep in touch. I travelled to Pontypridd last year and visited a friend's pub-The Patriot. I understand that, together with his partners, he has revived the Rhymney Brewery Ale names. I have a reasonable collection of Beer Labels including Rhymney,Crosswell & Buchan. I can forward samples if your blog is still running.