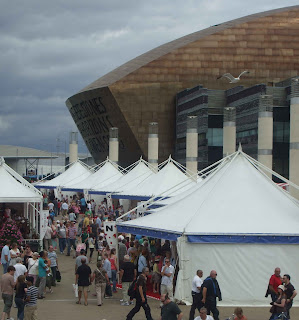 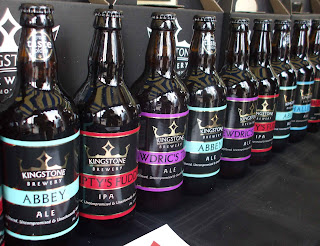 The food festival held over last weekend was definitely one of the best I have been to. This year saw more local brewers involved than ever before with Pen-Lon, Neath, Otley, Kingstone, Celt Experience and Untapped all selling their bottled beers. It was the first chance I had to try the beers from Neath Ales and tried one at the festival, Green Bullet; a 6% IPA brewed with New Zealand hops and named after them. Brewed with Maris Otter malt, the biscuity malt flavour combines with the heavily hopped ale to produce a stunning beer. Also chatted to the owner Jay Thomas whose enthusiasm and passion for brewing really shows through in his beers. I look forward to trying more of his beers in the future, especially in cask as Neath Ales will be taking delivery of casks in a few weeks time. In the meantime their beers are available via Realbeerbox. 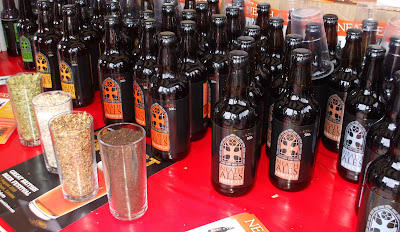 Above: Some bottles from the beer range of Neath Ales 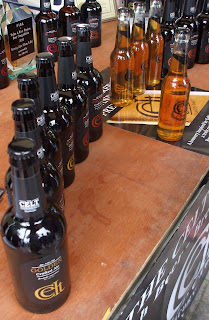 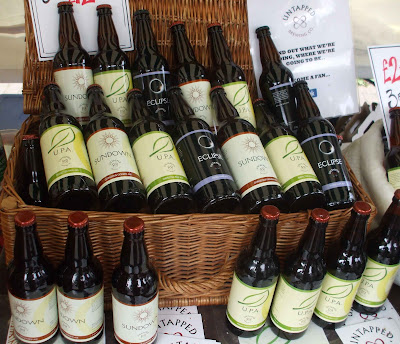 Above: the Untapped Brewery range
The Norwegian Church was the venue of the Otley brewery bar and their new Weissen Beer quickly sold out there. A naturally cloudy wheat beer brewed with 6 different hop varieties this was another refreshing beer from the hop heads of the valleys. Alongside O1, O5 and O-Garden the Otley beers proved extremely popular and the Norwegian Church, set in its own grounds was the perfect place to chill out with a pint and listen to the bands playing at the venue. The church also offers great views across the harbour. 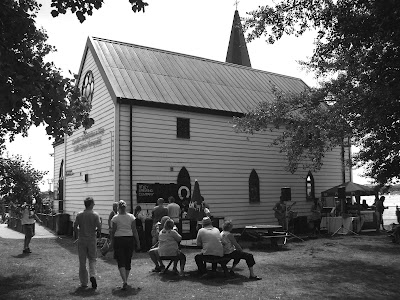 Above: The Norwegian Church and Otley Bar
Cidermakers were also well represented at the festival with a new bottled drink, Pyder – a blend  of cider and perry, being launched by the Gwatkin cider company and a 3 litre bag-in-the-box of Scrumpy from Gwynt Y Ddraig which will also be available in Tesco's very soon. 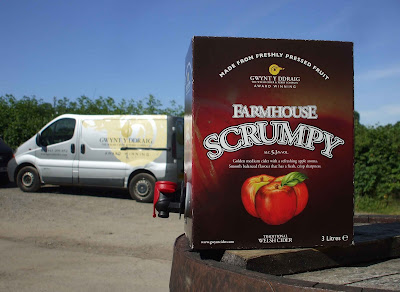 Above: the new 3 litre box of Gwynt scrumpy
Ralph's cider also made an appearance and the stunning perries and wines from Wernddu also went down very well. 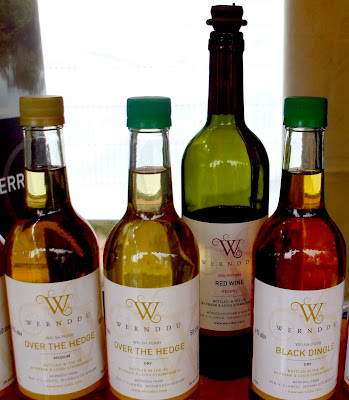 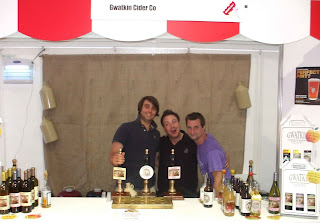 Above: Gwatkin cider bar staff
The festival was extremely popular and the weather for once perfect and well done for Cardiff Council for organising such a great event.  Having attended this event down the Bay for many years, I did think this year was the best ever and is even starting to rival the Abergavenny Food Festival in terms of quality and enjoyment. One problem with the Abergavenny Festival is the increasing prices, both for the stallholders and the customers, as the Festival now employs staff all year round. Cardiff Council have shown it is possible to put on a successful and extremely popular food and drink festival with free entrance for all. Any chance of Newport Council now showing some initiative and supporting our artisan food and drink producers?

I did find time to enjoy myself despite helping out on the Gwatkin stand, here is a photo taken by Dom at Welsh Icons of me at the Festival: 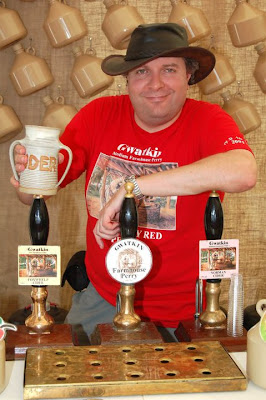 NB: All photographs are copyright of me or of Dom/Welsh Icons. I realise that there is a common thief out there on the internet who enjoys stealing photographs from the site, along with empty barrels from Welsh brewers. It's okay I realise you are a sad, twisted old thief, you do not have to continue to prove it to me or the rest of the world.