The Brew Wales editorial team, which consists of, well myself, have sat down with a few beers to decide on these awards for 2012.

Pub of the Year (Wales)
City Arms, Cardiff. For the beer range and quality and helping to make Cardiff a City for beer.

Pub of the Year (rest of UK) 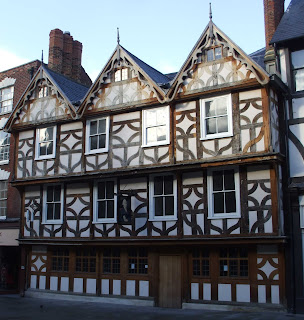 Robert Raikes’ House, Gloucester. A stunning pub development by Sam Smiths, completed in 2009 but I only visited it in 2012. Rumoured to have cost upwards of £4.5 million this sympathetic reconstruction is well worth a visit.
Most Improved Pub of the Year
Four Elms, Roath, JD Bassett pub company have transformed this long-neglected pub.
Runner up: Navigation, Abercynon

Food Pub of the Year
Goat Major, Cardiff. Yes, I like pies!
Welsh Brewery of the Year
Brains Craft Brewery – yes I’ve enjoyed searching for the Craft beers around the pubs of Cardiff and the range of beers we have seen in 2012 has been great, looking forward to what 2013 brings.

Runners up: Tiny Rebel, Neath, Otley
Brewery of the Year (Rest of UK)

Fullers. Yes I know they are a regional brewer but I’m still partial to a gallon or two of ESB when I see it on sale. Added to that their bottles beers are fantastic and they really get bottle-conditioning, something a lot of brewers need to understand

Best Newcomer of the Year
Tiny Rebel of Course! 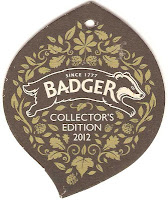 How this beer ever came to be made, let alone released by a brewery is a mystery, it tasted like stale Tanglefoot which had been put in a soda stream, a truly dreadful beer, still available at only £58/bottle from the brewery.

Runnners Up: Innis & Gun Melville’s Fruit beer – dreadful alcopop pretending to be beer, definitely one for the kiddies as its so sweet.


Cider of the Year
Ciderfect Vilberie, a new maker on the Servern Estuary.

Runner up: Gwatkin Foxwhelp, Gwynt Black Dragon
Worst Cider of the Year
Blind Granny. Truly dreadful that they are still knocking out their mouse-infected cider to the public. Take the loss and pour it away, you are not doing Welsh cidermakers or your company any favours by selling infected cider. The excuse you gave to customers at Abergavenny Food Festival when they returned your cider that “It must have been a bad batch” is really contemptible, especially as you have been aware of your problems for over a year!

Perry of the Year
Did not drink enough of them!
Off-license of the Year
The Bottle Shop, Cardiff

Runner up: Tesco, yes Tesco may be the big supermarket but they have the best beer range of all the big supermarkets.
Festival of the Year
The CAMRA Great Welsh Beer & Cider Festival – well you could hardly expect anything else from me?

Runners up: Swansea Bay Festival (Moves to April in 2013), Gwatkin Cider Down on the Farm

Brewery Website of the Year:
SA Brain
As befitting the largest real ale brewer in Wales, SA Brain have a large and informative website. Easily accessible with quick navigation the site also features an RSS news feed and downloadable SatNav info for their pubs. Links to individual pub websites, Facebook pages and Twitter feeds, where applicable are also on the site.
Runner up: Tiny Rebel
Pub Website of the Year
Blue Bell, Halkyn
An informative site that is updated on a daily basis with the beers and ciders available that day. The pub has also embraced, Twitter, Foursquare and Facebook and uses these social networks to inform customers of what beers are on and of events occurring. Full tasting notes of the beers and ciders on and coming on are on the site as well as

Worst Pub of the Year
Has to be JD Chaverspoons for the Gatekeeper in Cardiff - piss poor beer and indifferent staff!