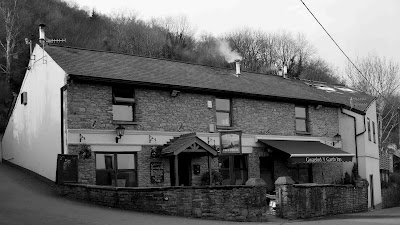 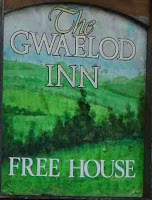 Located at the 'foot of the mountain' (translated to Gwaelod-y-Garth), the Gwaelod Inn was originally part of the Marquess of Bute's estate and the village and mountain were the inspiration for the book and film “The Englishman who went up a hill and came down a mountain”. The hillside pub features an excellent selection of ales and a great menu as well as being the hub of village life.
An on-site brewery has recently been installed; the Violet Cottage Brewery, located in the cottage at the rear of the pub and the real ales produced are going down well with visitors and locals alike.
Barbara, wife of licensee and brewer Richard Angell, said, “It’s an honour to once again be recognised by CAMRA. We must be doing something right”.

Branch secretary Brian Francis said, “This is not the first time that the inn has won a CAMRA award and the new brewery has helped them offer an even greater choice of ales reflecting local tastes. In our opinion it has done a tremendous amount to further CAMRA’s cause. Although the pub is situated on the outskirts of the city it is well worth the visit for the excellent ale and atmosphere on offer”.

CAMRA are also pleased to announce their runners up 'highly commended pubs' are the Deri in Rhiwbina and the City Arms in Quay Street, which won last year.
The presentation of the award will be on Friday 1 February at 7.30p.m and all are welcome to join in the celebration.