Wales' largest real ale brewer SA Brain is calling on Sainsbury’s customers to support the only Welsh beer through to the final of the Great British Beer Hunt.
Willy Nilly, a ruby ale with a rich hop aroma and a fruity and more-ish finish, was selected in the Wales and West of England category. Specially brewed for the supermarket competition, the beer is named after the postman made famous by Dylan Thomas’ Under Milk Wood.

Sainsbury's announced the 20 regional winners of this year's Great British Beer Hunt, following five heats in which Sainsbury's customers and beer experts judged more than 100 beers from across the UK.

Willy Nilly will now hit the shelves of 370 Sainsbury’s stores on September 12th for three weeks, where it goes up against the 19 other finalists. The best performing beers will then be entered into a grand final on 5th October, where the final winner will be selected by a panel of judges. The winning beer will be awarded a six month minimum listing, with the runner up winning a three month listing.

Paul Harvey, Head of Multiple Retail Groups at Brains, said: "It’s great for us, but it’s also great for the beer category. All 20 beers have been developed exclusively for the competition and offer customers an unusual and varied range. We’re sure customers will enjoy Willy Nilly as much as we do and help put it through to the grand final in October."

Willy Nilly will be available in 370 selected larger Sainsbury’s, a full list is available here.

Brains Willy Nilly, 4% ABV/500 ml bottle, available in Sainsbury’s between 12th September to the 3rd October. My tasting notes are:
Willy Nilly is a rich-ruby red colour and pours with a thick, white foamy head. Aromas of fruit, mainly raisins with some caramel and hops, lead to a smooth toffee flavour with some bitter-sweetness with more fruit and a dry, more-ish finish. 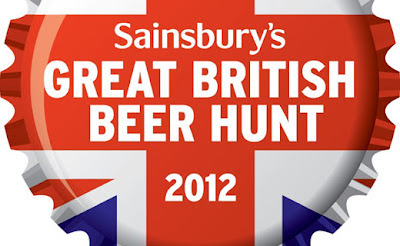