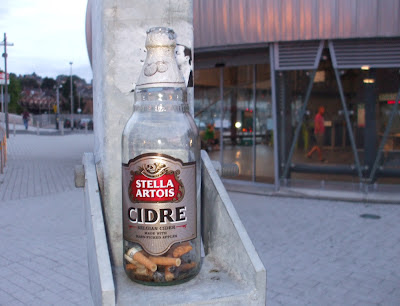 The City of Newport will once again be hosting a food festival on October 6th in an attempt to improve the image of the chav-ladden City, the centre of which resembles post-1945 Dresden. 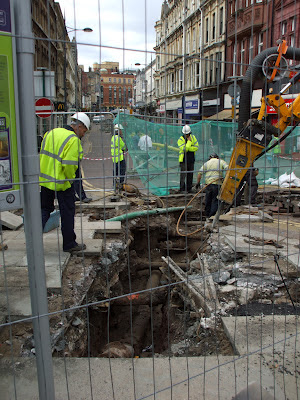 Amongst the highlights this year will be what is set to be heated discussion on if white cider or sherry are the best outside drinks, conducted by three of Newport's street drinking fraternity.

Also the North Wales Brewery will be attending and customers will have the opportunity to try which chips are best served with their beers. Hope Trading Standards check the quality of their beers as a mollusc shell was once found floating in one of their casks.

Stallholders are said to be looking forward to the event, at which the local chavs come and point at their wares and say, "Three pound for a jar of mustard! I can get that for 66p in Lidl".

Meanwhile the culinary delights of Skinner Street and Upper Dock Street will be on show with a competition on which outlet can fry the best pigeon. Let's face it, its not chicken in those places. Over the past few years the Skinner Street/Upper Dock Street area has gained acclaim in the world of gastronomy and it is now ranked only alongside Caroline Street in Cardiff as one of the finest open-air dining areas in Wales. Even the kebab shops of Swansea High Street cannot compare to the delicacy of deep-fried pigeon in Newport.

You go for it mate, wear those prejudices on your sleeve. Good to see the spirit of the internet is being upheld. Some places have Caribbean festivals, you should preview some of those next - really get the knives out.

Have you had your sense of humour surgically removed?