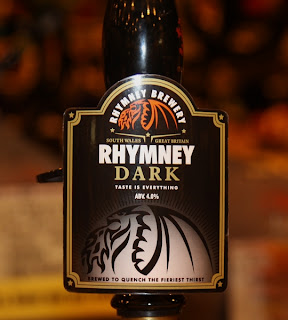 Rhymney Brews the Best
A brewery from Merthyr Tydfil has today completed a clean sweep of awards at the Great Welsh Beer & Cider Festival. Rhymney Brewery, based in Dowlais, walked off with both the Silver and Gold Medals in the Champion Beer of Wales competition, organised by the South Wales branches of CAMRA, the Campaign for Real Ale. The Festival plays hosts to the competition every year and it is open to all 40 or so breweries in Wales, who between them brew over 350 different beers each year. The beers are tasted by CAMRA members throughout the year before an independent panel of beer experts sample the finalists on site at the Festival.


Rhymney Brewery was founded by father and son team Steve and Marc Evans in 2005 and have previously won Champion beer of Wales with their Dark.


According to Festival Organiser James “Arfur” Daley, “Congratulations to Rhymney Brewery on their success in the Champion Beer of Wales competition. Well done to Steve and his family for winning both awards, Rhymney Dark is a fantastic beer and it is so good to see an old brewery name resurrected and now being served from beer engines in pubs across the South Wales valleys.


Gold: Rhymney Dark
Silver: Rhymney Export
Bronze: Otley O8
Tasting Notes for Rhymney Dark, 4%
Rhymney Dark, is, as its name suggests, is a dark coloured beer with a deep reddish hue and pours with a beige head. A complex aroma of sweet and roast malts and blackberries leads to a bittersweet chocolate flavour and a slightly astringent finish with some vanilla overtones. A good mild beer, not too strong and easy to drink. 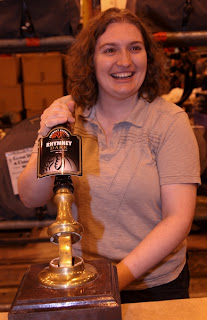 not sure why but i was charged a tenner to get in yesterday. I was kinda baffled, thought i had read the details wrong, but seeing it confirmed now here that it should have been a £5 i dont know what happened?

ah okay, puzzled me for a moment until i got the first beer in my hand then soon forgotten!
Good work by all, great festival again.