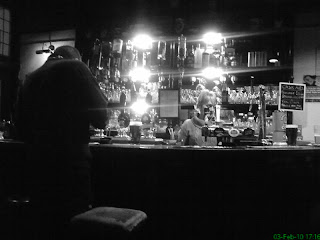 The Golden Hart on Cardiff Road in Newport has only recently reopened and the new owners have made drastic improvements. Before the pub shut it had not served cask ale for years, about 15 years according to one source. Now there are up to 3 ales available with beers such as Jennings Snecklifter, Pedigree and Rev James. Now you may not think that's adventerous but for Newport it certainly is! Added to that cider from Troggi and Westons Old Rosie are also available on draught! Yes Newport finally has a pub offering draught real cider for the first time in years. The Golden Hart must be one of the smallest pubs in the City and will hopefully attract a good following to support the beers and ciders served in this bar. The pub is situated close to the town end of Cardiff Road, opposite the police station, with a bus stop outside.