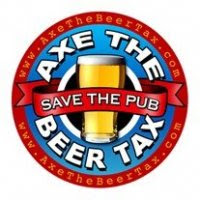 The British Beer & Pub Association together with CAMRA have got together to Save the Pub and oppose plans to increase beer duty.
As you know, the British beer and pub industry is under severe and sustained pressure. Sales of beer in pubs are now at their lowest levels since the Great Depression of the 1930s, and 36 pubs are closing every week. More than 44,000 jobs were lost from the industry between 2000 and 2005 – and further redundancies are inevitable. 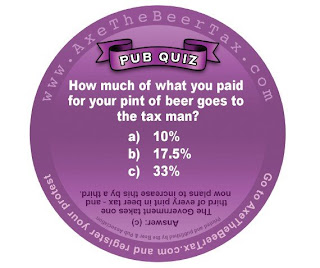 The situation is being made worse by the impact of the wider economic slowdown, and the Chancellor's announcement of yet another increase in duty this week - on top of plans to increase the tax on beer above inflation next year and for the next three years. 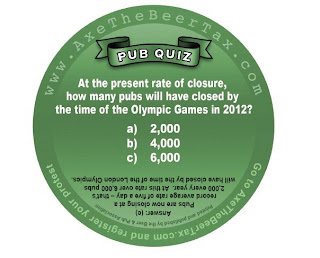 With tax already taking up a third of the price of a pint of beer, further hikes can only accelerate the decline of the pub and hit the pockets of ordinary hard working people. 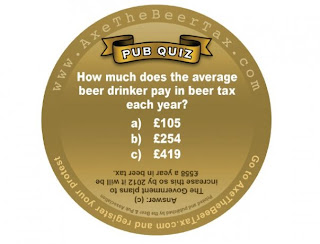 We think its time to stand up for a Great British tradition and save the pub. 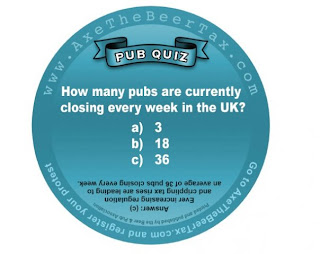 The “Axe The Beer Tax” campaign aims to give a voice to ordinary British pub-goers and consumers, and send a strong message to Whitehall and Westminster that we've had enough.

Please join our campaign. Go to www.axethebeertax.com and sign up as a supporter. 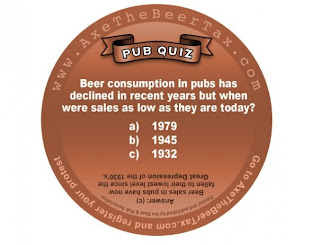 The campaign is being promoted by both industry and consumers - the British Beer and Pub Association represents the pub and brewing industry and CAMRA, the Campaign for Real Ale, champions consumer rights. 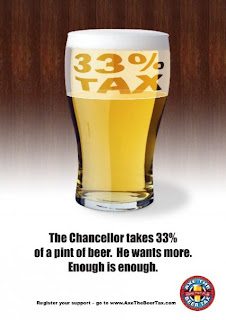 There's also a You Tube site for Axe the Beer Tax

Write to your MP from the Save the Pub website - hope you have better luck than I did - I had an out-of-office reply from her, no doubt Jessie is still off on maternity leave and all her staff have bunked off!

Labels: Pub closures, Save the Pub

When the monasteries were destroyed by Henry VIII in the 16th Century pubs took over as providers of warmth, shelter, beer and a community focus. They became unofficial employment exchanges, the venue for paying wages and even extended rudimentary banking services.

Craftsmen and trade guilds met at pubs bearing their names eg Masons or Carpenters Arms. A worker new to an area would head for the aptly named pub where landlords often provided credit until he was established in business.

When the Victorian Friendly Societies were established to provide welfare services to the working man they too met in pubs that took their names eg Forresters or Oddfellows.

Pubs have been the centre of community life for centuries and always much more than a place to buy beer. We should not let them go without a fight.

Imagine a modern soap opera without a pub - doesn't work, does it?