The Tan House in Shirenewton, Monmouthshire has been sold after owners Pubfolio went into adminstration. More details from the South Wales Argus here.

Caerleon set to lose its Angel 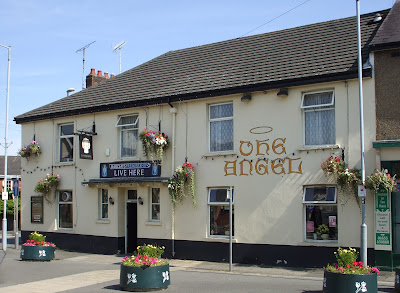 Planning permission has been granted for the Angel in Caerleon to be converted into a Sainsbury's. Another great decision by Newport Council! More details from the South Wales Argus here. 1700 signatures and 128 letters of objection were ignored by the council.
The councilors who voted for the this development were Ron Jones, Paul Hannon, Miqdad Al-Nuaimi, Christine Jenkins, Malcolm Linton, Jane Mudd and Richard White, all Labour apart from the last one who is Tory, whatever that means nowadays? Wonder how mnay Nectar points have been awarded for this decision?

The Ivy Bush in Clarence Place, Newport has reopened after a refurbishment.

The Ffrwm Ishta pub in Machen has closed after the landlord running it packed it in after only a few months. No surprise it is an Enterprise Inns pub and planning permission was applied for earlier this year to convert it into a school. More details in the South Wales Argus.

Brown's Hotel in Laugharne has finally reopened after being closed for years and after having an extensive refurbishment. Not too sure if they are selling “Warm, Wet, Welsh, Bitter, Beer” but a Greene King IPA pumpclip was spotted when the Welsh media covered the launch! The sound of the famous bard turning in his grave was edited out from the coverage!


Barry to lose its Castle 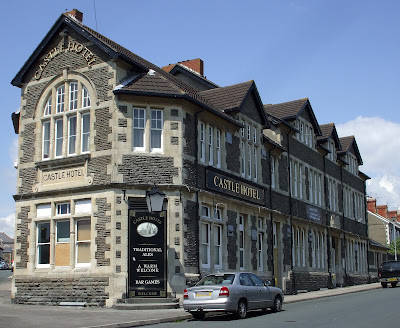 The CAMRA National Inventory-listed Castle Hotel in Barry is set to close later this year with a likely conversion into flats on the cards. The large former hotel was built in 1898 and most of the building has lain unused in recent years, although the local council insist on full business rates payable on the whole of the building, not just the parts which are used today. Have previously covered the pub here. 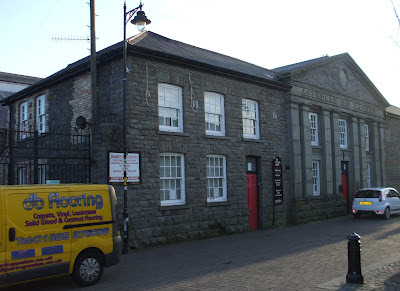 The New Market Tavern in Aberdare, which dates back to 1853, has reopened after 2 years of closure and a £73,000 refurbishment, £50,000 being made available via the Aberdare Townscape Enhancement Programme run by Rhondda Cynon Taff Council. The landmark pub, built the same time as the adjacent market hall has hopefully not been as 'improved' as the interior of the market hall was when the council refurbished it some years back.