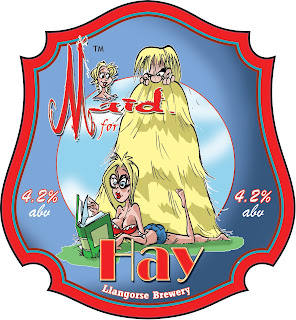 This delightful red coloured beer, with the smooth, hoppy and refreshing finish, is just one in a growing range of beers that we are producing for a town, city or county near you. 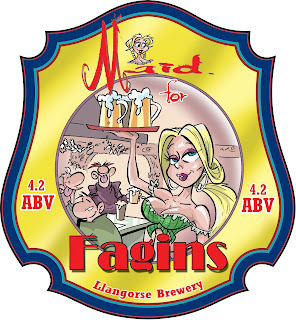 We started with Maid for Llangorse, just to see how it would be received, and within days we were asked by one of our suppliers to produce one for Nottingham--- so’ Maid for Nottingham’ was brewed, barrelled up and dispatched to the eager purveyors of fine tasting ales, in and around the Nottingham area. 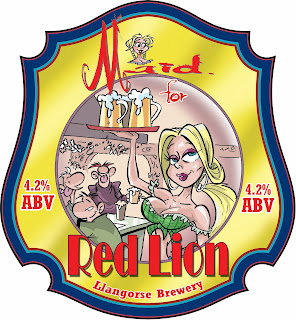 With Maid for Brecon coming out soon and plans for a Maid for Cardiff, Swansea, Hereford and Abergavenny--- on top of the existing farm shops, gastro-pubs, restaurants and off licenses that want their own name on their cask ales and bottled beers---‘ Maid for ales’ is proving to be a big hit.

The idea for ‘Maid’ was the brainchild of Howard Marlow, the companies Managing Director--- having already built up the Breconshire Brewery from a successful wholesaler into a producer of CAMRA award winning ales, he decided to bring out a whole new range of beers with a view to creating ale with the personal touch.

‘Everywhere I go’ says Marketing Manager, Karl Dixon, ‘customers are fascinated by the idea of having a beer with their own pub and name on the clip, and having the image of a sultry young maiden doesn’t hurt either. In fact many of our constantly expanding range of pubs say that it’s the pump clip that first pulls them in, but once in, the wonderful flavours and tastes keep them coming back for more.

The process is really quite simple: The pub, club, restaurant, specialist shop or wholesaler asks us to supply their ale and we produce a pump clip, free of cost, with the name of their pub on it--- just like the one shown.
So far as the bottled beers are concerned, a label of your choice is designed, like the one shown, with close consultation with the customer, and then added to the bottling process at our factory.

So if there’s anyone out there who believes, like we do, that the personal touch is an important thing in today’s faceless globalisation of seemingly everything, then get in touch with Breconshire & Llangorse Breweries and let us personalise your pump clips and offer you the exceptional beer’s to go with it.

After all, what could be more local than your own beer.


So let's get this right, a brewery is producing a 'local' beer by rebadging the same brew time and time again? Reminds me of Ind Coope in the '80s and '90s with their 'local' brews, all produced in Burton to the same recipe with different pumpclip - Benskins in Hertfordshire, Ansells Best in South Wales and the Midlands etc.
Still let's not judge a beer by its pumpclip but by what it tastes like.