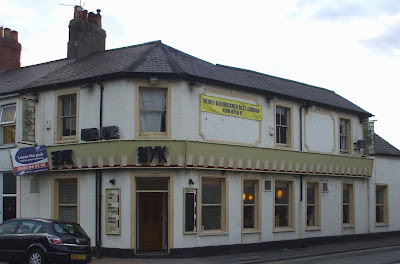 The South Wales-based JW Bassett Pub Company have announced a ninth pub to their estate which already covers pubs from Penarth to Kilburn. The freehold of the former bar YK in Elm Street, Roath, Cardiff has been aquired and the company is planning to revert the late-Victorian pub back to its original name, the Four Elms and to refurbish the pub in the same style as other JWB pubs such as Queen's Vaults and the Pantmawr.
Good to see a pub saved from the developers and not being turned into flats, if any company can make this pub a success its Jon Bassett and his team.

Elsewhere in Cardiff, the Bertram has closed and is now boarded up, the likelihood it will become flats and the Echo reports it. Interview with me in there where I blame the smoking ban and the duty rises as to reasons it closed.  Plus it had been run by Punch who seem to be getting out of the South Wales pub business. 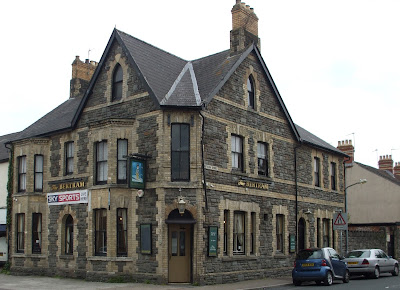 Above: the Bertram, pictured last year