Dublin to get Brains 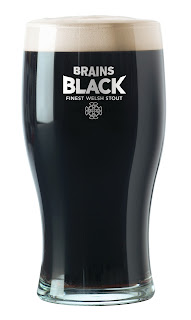 This weekend, Wales won’t just be up against Ireland on the pitch. In a corner of Dublin there promises to be a battle of the ‘black stuff’ as Brains Black makes its way to the famous home of Irish stout.

Welsh brewer Brains has shipped its stout to a popular rugby pub in the Ballsbridge area of Dublin, where it will be sold alongside Guinness. For one weekend only, Brains Black will be on sale in ‘Jack Ryan’s Beggars Bush’ pub on Haddlington Road, a stone’s throw from the Aviva Stadium where Wales play Ireland on Sunday (5th February).

Richard Davies, Sales and Marketing Director at Brains, said: “We know that the Welsh public love Brains, especially on a match day, and we also know that when in Dublin, stout is the drink of choice. This weekend travelling fans will be able to get both.”

Brains Black was developed after Brains found there to be a real appetite for a Welsh stout that could be offered as an alternative to Guinness. Davies adds: “It has proven very popular and in taste tests 75% of people failed to tell the difference between Brains Black and Guinness, and even amongst those who did detect a difference a high proportion found Brains Black more appealing taste wise.”

Fans not making the trip to Dublin can still sample Brains’ Black. The stout is on sale in pubs and supermarkets throughout Wales.