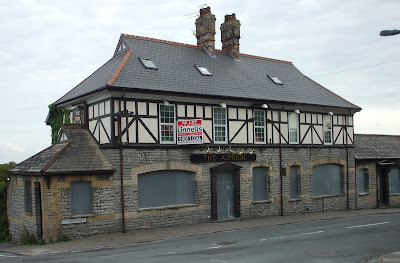 I was in Barry recently and saw this large pub closed and boarded up. The Admiral overlooks Cadoxton Train station and went up for auction ealier this year but was not sold as it did not make its guide price. The reason I posted the photo is that I have an old photo, from the 1960s of the same pub when it was the Wenvoe Arms Hotel and owned by Rhymney Brewery, who were taken over by Whitbread and the pub later passed to a pub company such as Admiral or Enterprise and closed.
My only visit to the pub was in about 2005 when I had a half of Brains Bitter and was quite surprised at the scale of the place, as I discovered later a lot of Barry pubs were built on an immense scale due to the docks trade. The pub has its own car park as well as a skittle alley, is situated in a residential area and is one of those pubs that had everything going for it apart from the fact it was owned by a pub company.
I do hope this building will reopen as a pub, however even conversion to flats would be preferable to decay and eventual demolition. 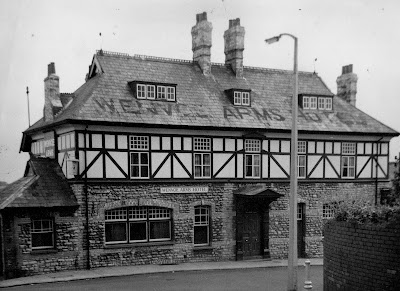 Is it OK if I use your photo for my Closed Pubs blog?

So sad to see. Growing up in that area of Barry, I passed "The Addy" many times whether it was to go shopping nearby, or to get on/off the train to/from Cardiff. Played skittles there a few times, too.

this should be opened up and someone with some money to take over it, its a prime location and should be looked after, the only problem was the price of beer went up so much people would just walk passed and catch a train to spoons! someone sort it out :)

what a fantastic web page, i am currently doing a bit of research on the admril pub reason being i am interested in taking it over and keeping it as a public house with affordable alcohol, my only worry has been due to being closed for so long and has a bit of a bad reputation people have forgotten about the pub, it would be great to see it as a busy happy cheap pub, im so pleased ive seen this page its now shown me that people would be happy to see it back open how it should be, thank you