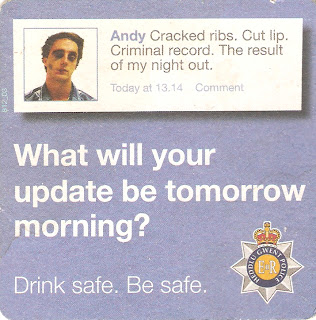 Beermat distributor Gwent Police have announced that they will be cutting 350 jobs in an effort to save £3 million off their budget.
Landlords throughout Newport, Monmouthshire, Torfaen and Caerfilthy Unitary Authorities are outraged that they will no longer be able to have bilingual beermats delivered to them by police officers.
One Newport publican, who wished to remain anonymous said, "This really is the thin end of the wedge. Breweries cannot afford to print beermats any longer so we rely on Gwent Police to spend public money producing their propaganda and for their officers to deliver it to my pubs. I mean why do we pay our taxes if the police will not be making deliveries of beermats to pubs". 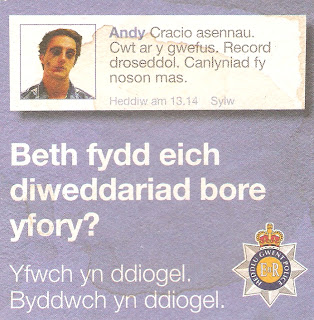 A spokesperson for Gwent Police said that the beermats had been designed by the Beermat Working Committee and had been approved by both the Ethical and Diversity Committees of the Force, none of which will effected by the job losses in the police force, "That only applies to frontline staff and not to our backoffice team of diversity coordinators and five-a-day fruit advisors. Police officers will still be visiting pubs throughout the Gwent Constabulary area to drop off beermats and collect donations for the Police Widows and Orphans Fund which are always gratefully received, especially in unmarked envelopes containing non-consecutive notes".
Gwent Police have their own Facebook page where you can find out which PCSO has found out whose dog has been fouling the pavement.
They also have their own Twitter account where I aim to help them where possible: 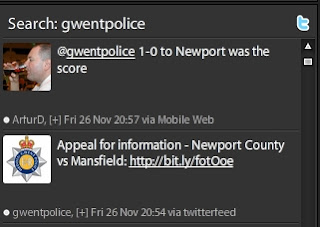 I'm trying to remember the Welsh for "You're a very bad man"!