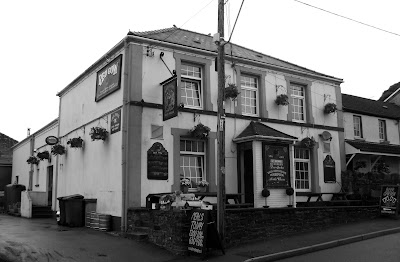 The Red Cow at Llwydcoed, near Aberdare may be the last pub left in the village, out of six that have closed down, but that has not stopped it from winning Mid-Glamorgan Branch of CAMRA Pub of the Year 2011.

The Red Cow is situated on the steep road leading into Aberdare from Merthyr Tydfil and this pub is a haven in an area of closed pubs. The pub is set back from the main road and has its own car park alongside, there is also a bus stop directly outside, the number six from Merthyr to Aberdare runs twice an hour during the day. 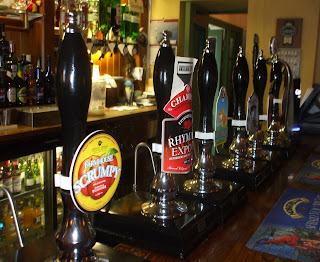 The Red Cow was built in the nineteenth century and has been sympathetically altered throughout the centuries. There is a small outside drinking area at the front with tables and benches and a central entrance door leads to the open-plan interior with the bar on the left and a raised seating area to the right. Six shining  chrome-plated handpumps dispense real ales from an ever-changing selection of breweries and a local cider from International Cidermaker of the year Gwynt Y Ddraig. Chalkboards both inside and outside the pub inform the customers of which ales are available at the pub, recent guest beers have been from Rhymney, Breconshire, Wychwood, Celt Experience and Hop Back breweries and the landlord has a policy of stocking real ales from Welsh independent breweries wherever possible. Beers are even served in third of a pint glasses to encourage customers to taste beers they might not always order a pint of at the bar. Bottled beers include Marston's Pedigree, Courage Best and Grolsh Weissen.
Regular beer festivals are held in the pub throughout the year, with the next one being held over the weekend of the 29th April with over 30 different reals and ciders being on sale at the event.
To the rear of the pub is a restaurant and function room, this is decorated with a painting of Rorke's Drift and features a wood-burning fire in the winter. The military theme is continued throughout the pub with military insignia and memorabilia hanging up in various parts, a reminder of the landlord's  previous career in the Parachute Regiment.  The rear room leads out to a conservatory and another outside seating area, offering views over the Brecon Beacons National Park. 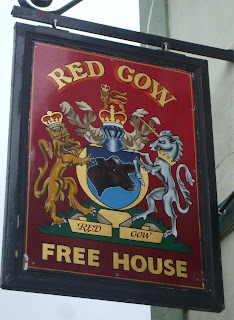 The Red Cow offers an extensive menu, using locally sourced ingredients wherever possible including rare breed pork sausages and organic Welsh beef steaks. Handcut chips and generous portions of food on the plate often leave the customers with no room for something from the desert menu.
The current landlord took over the pub in March 2008 and has steadily increased the real ale range from one handpump to the six that now serve great Welsh beers to the thirsty customers of Llwydcoed and those from further afield. The Red Cow may be the last pub in the village but offering excellent quality real ales and top quality food will insure its survival well into the future. 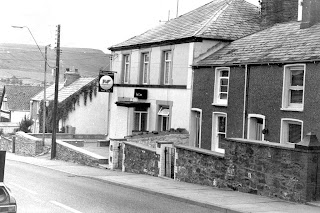 Journey Planner:
There is a bus stop outside the pub