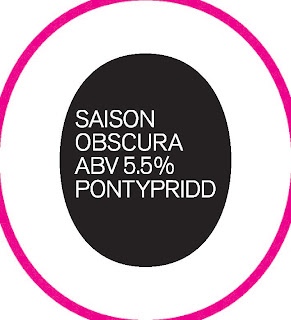 The current Champion Brewers of Wales, Otley Brewery are this very afternoon on a pub crawl of London to launch their new beer. Saison Obscura, brewed in collaboration with beer writer Adrian Tierney-Jones.

The Otley Brewing Company is inviting beer lovers to join them on a tour of pubs this Friday, 25 March, to mark the launch of a special beer.

The Saison Obscura, a 5.5% dark Saison style beer. The beer is a continental style beer, flavoured with curacao orange and grains of paradise. It has a tart initial bitterness with smooth medium body and lingering spice notes, with aromas of bitter orange marmalade and soft Belgian wheat yeasts.

Nick Otley, managing director of the Otley Brewing Company, said: “We’re very excited to be launching the Saison Obscura with Adrian on Friday.

“It’s a unique beer that’s packed full of interesting flavours such as warm spices and orange. We had a lot of fun brewing it and we look forward to finding out what others think of it. We’re confident it will go down a storm, particularly because of the blend of unusual flavours and ingredients.”

The beer will be launched at a pub crawl across London where Nick Otley and Adrian Tierney Jones will invite others to join them. It starts at 3pm at the White Horse Parsons Green SW6 and then onto the Cask Pub and Kitchen in Pimlico SW1V for 5pm, the Rake Borough Market SE1 for 7pm and finally the Southampton Arms Kentish Town NW5 for 9pm.

For those who cannot attend, both Nick and Adrian will be using Twitter and “tweeting” comments throughout the day using the hashtag #saisonobscura
Nick continued: “We will be using the power of social media to reach those who cannot be there in person to try the beer. I’m sure the comments will become more interesting as the day wears on! We’re inviting feedback and comments from those who wish to join in as we’d love to know what you think.”

The beer will also be sold at The Bunch of Grapes in Pontypridd, the home of the Otley Brewing Company. The staff from the pub will also be taking questions about the beer and passing onto Nick and Adrian on twitter.