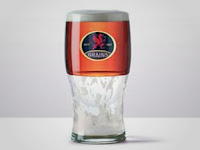 Seem to have missed these when they came out recently:
Managers of the Year 2010
Dave and Angela Lewis of the Lamb & Flag in Abergavenny.

According to Philip Lay, Retail Director at Brains, "Angela and Dave were competing against managers from more than 110 Brains pubs for the title Manager of the Year, so to win was a huge achievement. They’ve worked hard to grow the business and the award is richly deserved. Matthew is equally hard working and, as his double award win shows, is also hugely talented."

Chef of the Year 2010
Mathew Lewis son of the managers of the Lamb & Flag!

Best customer Service
Red Dragon in Bridgend and the title of Employee of the Year was claimed by Maureen Roberts from the same pub.