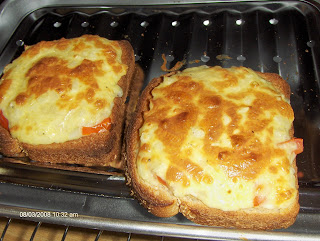 Hardly a big surprise here but a survey out from Cathedral City Cheese reveals that the Welsh, or at least those from Cardiff, prefer their cheese toasted as opposed to other areas of the UK how have their own favourite way of cooking and eating cheese:
· If you’re from Manchester, you’re more likely to enjoy a cheesy bake.

· Londoners prefer a cheese board.

· Those from Birmingham are fans of cheesy chips.

· The population of Cardiff are partial to cheese on toast.

· People from Belfast can’t get enough of cheesy mash.

· Cheddar on crackers is the first choice for those from Newcastle

· Bristol opt for the Ploughman’s Lunch.

Put the cheese, butter and beer in a small pan and melt gently over alow heat, stirring in one direction only. Add salt and pepper to taste and the mustard and mix well. Spoon over the toast and brown under a preheated hot grill, Serve Immediately.

Taste Psychologist, Greg Tucker, an academic who analyses the emotions and responses that are triggered when we eat, explains in a new report that the reason cheese trumps chocolate is that cheese triggers the same reward emotions but because of its make-up and the way it breaks down in the mouth, cheese avoids triggering calorie and fat driven guilt emotions.

Greg explains; “After studying over 10,000 UK respondents, what we found was that when eating Cheddar people still felt the same enjoyment as they did when eating chocolate. They gained a feeling of reward and pleasure from the creamy, dairy, full flavour. However, the advantage cheese has, is that people felt that they had eaten real, quality food, and did not report back feelings of excess and guilt.”