Some of the pubs the Brew Wales editor has been in over the years that are no longer there. 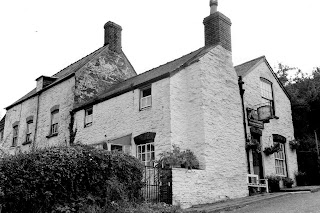 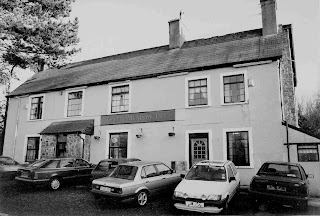 5. Green Meadow, , Machen, Mid-Glamorgan. This was an historic building, the undisputed birthplace of Chartist, Doctor and cremation pioneer William Price. Naturally CADW, responsible for protecting historic buildings in refused to list this 17th Century former farmhouse and it was demolished. There were plenty of rumours as to why CADW refused to protect this part of Wales' heritage, one of them mentioned that Whitbread Property plc, who sold the pub to Discovery Inns, were by a remarkable coincidence sharing the same office building, Brunel House in Cardiff, as CADW! Allegations of rolled up trouser legs and funny handshakes in the lifts abounded as attempts to save this community pub continued, all to no avail in the end. There was nothing else in the community of – no shops and when the village had been cut off from mains electricity during bad winters, the Green Meadow became the heart of the community as it was one of the few buildings with coal fires. The Green Meadow was demolished in an outstanding example of institutional vandalism and 13 homes were built on the site.

6.Railway Inn, Pontlottyn. Pontlottyn was built as a temperance town with no pubs in the village. However the teetotal local landowner did not own the land beneath the Rhymney Railway viaduct and an enterprising brewery in the 19th Century built this unique pub underneath the arches. Unique as it was built out of corrugated iron and featured 3 bars, one underneath each arch, all linked by a long corridor. The pub was closed by the later-day inheritors of the Temperance Movement, Whitbread plc and today the arches stand empty.

7. Royal Albert, . The Royal Albert was a large, 19th Century pub on . Multiple bars stretched back into the back of this Grade II listed Berni Inn, owned by Bass. Naturally this town-centre watering hole with easy access for all and in the centre of the shopping area did not fit in with the world view of Bass and was closed and demolished. That's right a Grade II listed building was demolished with the full support of the labour-run Newport Council and of CADW. Clothing now occupies the site.

8. Conti's, . Another legendary pub in the centre of was the freehouse owned by the Conti family and it was famous for the quality of the Bass it served. One brewery visit from the pub to involved two full coaches of fans, not many breweries could cope with that many visitors today. Conti's was primarily a restaurant and the pub license was not obtained until 1976, by the 1980s though it had the highest barrellage for Bass of any pub in . After the death of one of the family members, the rest of the family decided to sell up and the pub was demolished to make way for retail outlets. Pasty shop now occupies half the site.

9. Chartists, . This place was a dump, but it was one of the dumps that every town and city needs in order to keep the low-life nutters out of every other pub. The Chartists had 2 handpumps, one dispensing 'Khan's Traditional Ale' and the other 'Khan's Traditional Cider', the owner of the establishment being a gentleman from the sub-continent who decided to put profit before his religion in the best Ferengi tradition. The first time I visited the pub was in pre-internet days with Fido from the Lone Voice when PC Plod and Sergeant Jobsworth had thrown us out of the Alehouse as it was Good Friday and the pubs had to shut at 3. Wandering around town, looking for somewhere else to drink, we were warmly waved into the Chartists by one of the inhabitants and presented with the choice of Khan's Ale or Cider. Brew went for the cider and was then offered the choice of, “A pint for a pound or a stein for one pound twenty”and naturally went for a stein. Well this illegal Heineken stein came out with no Crown stamps on it (Trading Standards obviously never dared to come into this pub), filled with a cloudy liquid that tasted like and probably was Bulmers Traditional. The 'Khan's Traditional Ale' turned out to be Courage Best. The toilets were unforgettable; down a spiral staircase, walking through what you hoped was water in part of the cellar to a couple of doors at the end where once inside even the verdigris on the fittings had verdigris on them. Another person in our company later discovered, on his way back through the cellar, that the local inhabitants rarely got as far as the toilet and just used to urinate down the spiral staircase! Anyway PC Plod and Sergeant Jobsworth reappeared a few hours later and chucked us out of the pub for drinking on Good Friday. The Chartist was closed a few years later after a police raid and a Portuguese restaurant now occupies the building. 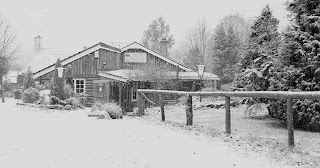 Above:Trekkers in the snow
10. Trekkers, The Narth. Trekkers was an unique building in , a log-cabin pub set in the hills of Monmouthshire. A rare local outlet for beers from Felinfoel and Freeminer breweries, Trekkers soon gained popularity amongst CAMRA members for its good beer and good food. Unfortunately, when the pub had been built as pony-trekking centre in the 1970s the building standards were not up to scratch and the pub closed after insurance problems related to the wooden framed structure.

11. Brew House, . In the 1990s, the Ross Brewery of Bristol decided to open a second brewery in and took over the former South Wales Argus printing works in , so where once papers were printed. Pints were now being brewed and served. One of the first things they did was to sell beer at 85p a pint, the cheapest in the according to a CAMRA survey. This invoked the wrath of the Licensed Victuallers 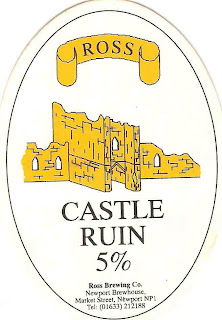 Association (LVA), the chair of which persuaded a uniformed police inspector to accompany him on a visit to the Brew House, where the chair told the owner that it was illegal to serve beer below a pound a pint in . The owner asked the police officer which law was he breaking, to which the uniformed inspector turned around and walked out! It turned out there was no law being broken, the LVA just had a “Gentleman's Agreement” to keep the price of drinks artificially inflated. Basically they were operating as an illegal price-fixing cartel with the full support of the police. “I'm a Scotsman not a Gentleman”, was the reply given by one of the Ross brothers and the LVA chair left in a huff! The Brew House was also famous for producing the strongest beer in the world, Uncle Igor's Famous Falling Down Water which weighed in at around 23% ABV and was only available in 1/3 rd pint glasses. The Brew House was a marvellous innovation for , before superpubs came in, unfortunately it was never a success and the brewery was sold to WARCOP on the Gwent levels. The building still stands and is a nightclub nowadays.

12. Westlakes Arms, Cwmavon, Torfaen. Originally known as the Railway, this pub changed its name to commemorate the former Westlakes Brewery, the buildings of which still stand in the base of the valley near the pub. The Westlakes Arms was an early winner of the Regional CAMRA Pub of the Year Award and had a good reputation for food and beer. Unfortunately the small size of the car park meant that they could not expand further and the beer range dwindled, along with the choice and variety available, with only HB on in the later years. The former pub is now private accommodation. 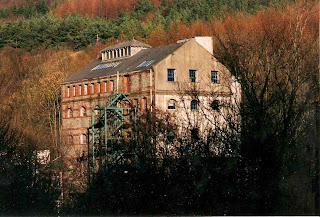 Reading your comments about the Newport Chartist Pub I must ask a silly question?

Nearly every pub in Newport with the exception of the Murenger is full of low-life drugged up pot smoking, Stella Drinking Chav scum.. They all play Dance Music and sell crap drinks like Stella..

Half the pubs in Newport are always empty in the day and closed in the Night, the other being trendy theme pubs like Escapade.. We get story's in the Argus every few months from Ikbar Harris about how all his pubs are down 50% profit a week

Agreed.
But what is your question?

Sorry I mean how do the Newport Chav Pubs stay open? There all identical apart from different names.. They all play Dance music, they all do £7 as much Stella as you can drink and there all no go area's..

Thought the Chartist closed we still have 'The Crosskeys', 'The Griffin' The Page etc...

Even in the British Beer and Pub I think? It made front page of the Argus.. They said every pub in Newport was a no go area with the exception of 'The Murenger' and The Tom Toya..

Apart from the Murenger there's no pubs I'm aware of that do Real Ale's apart from Spoons now and again.. So surely there must be need for Watering Holes rather than Chav Theme pubs

The only places Brew Wales frequents regularly in the centre of Newport are the Murenger and the Pen & Wig. We avoid the chav palaces that now make up most of the City.

Thanks a lot for the trip down memory lane.

I had a wander around a few of my old haunts in Newport town centre that I had not visited for over 25 years a little while back and was not surprised at all to be unable to find Conti’s for one thing I could not remember its name.

Only where it used to be and that it served decent Draught Bass.

By the way I also seem to have a vague recollection of eating a steak in the restaurant one afternoon ie outside local pub licensing hours then but not being able to have a Bass with it contrary to what I had been told by a regular in the pub.

Would you know if this is correct or is my memory failing?

John
Sounds about right for Newport. Probably if they knew you, you would get a drink. Was it a market day (Wednesday) as there were a few odd drinking hours then?

I would think that I was in the restaurant on any day other than a Wednesday afternoon.

As with Wednesday, as you say, being market day then I would have probably been in the Black Swan I think it was just by the market?

Delighted to see that the Cupids Hill inn is not forgotten. I am now living in out back australia, but my first ever drink was in the cupids at eight years old with my grandfather(local farmer) who was delivering eggs there at the time.In later years I enjoyed many evenings in the cupids drinking beer that came out of an enamel jug on the bar, often joining in the domino's game played most nights.
Joe in fact made my grandfathers coffin and was the undertaker at his funeral.

If you're brave enough to venture into Pill, the Picton and Alexandra are worth a visit. No real ales, but lots of characters, and friendly bar staff, Shirl in the Picton, Maggie in the Alex. The Alex has a pot-bellied stove, straight out of the wild west - appropriately enough at times!