A visit to Greene King Brewery and the Old Cannon Brewery 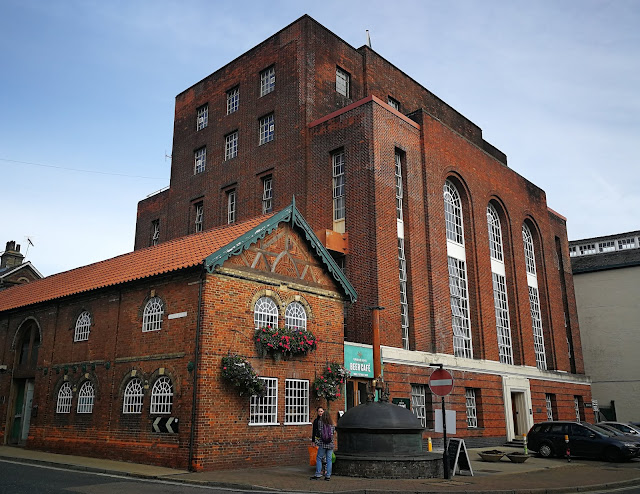 Greene King have increased their pubs a lot over the last 30 years, I can remember seeking out their somewhat exotic (for North London) XX Mild in the Compton Arms in the back streets of Islington all those years ago. The Compton is now a free house, the pub being to small for the likes of the giant Greene King. In those days, even Abbot Ale was rare, although it did make it onto the bar in the fledgling JD Wetherspoon chain. Nowadays Greene King operate over 3000 pubs under names such as Taylor Walker, Hungry Horse, Loch Fyne, Flaming Grill, Chef & Brewer, Farmhouse Inns, Old English Inns and Belhaven in Scotland. My first job from school was actually working for Belhaven Inns in the Queens Hotel, Newport, which is now a Wetherspoons. Anyway, back to Greene King!In those 30 years, Greene King have bought up Morlands Brewery (who had bought Ruddles Brewery previously), Ridley's Brewery (who had bought Tolly Cobbold brewery), Hardy & Hanson's, they had previously closed Rayments Brewery in 1987 which was an odd little brewery in rural Hertfordshire. So a large portfolio of beers are brewed here, but for how much longer? The day I visited Greene King Brewery was the day in October 2019 when the takeover by Hong Kong based CK Assest Holdings had been cleared by the High Court. Property companies who own breweries are never a good thing as history has proven. 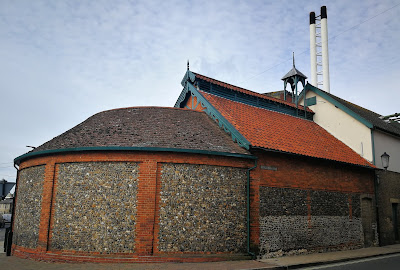 Above: the Westgate Brewery, dating from the early 1700's which was purchased by Benjamin Greene in 1806. He had been brewing in Bury St Edmunds since 1799, the date the company regards as it's foundation.

Today a pipe connects the former Westgate Brewery to the brewhouse as this side of the brewery is used for fermentation. 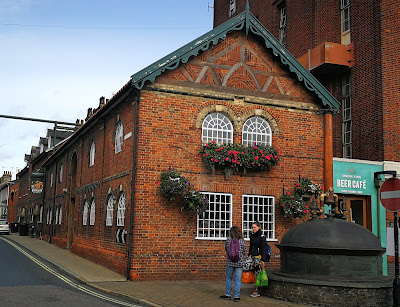 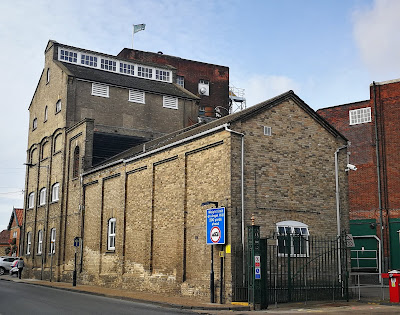 Above and below: the East side of the brewery, formerly Frederick King's brewery.  The two breweries were merged in 1887 to form Greene King & Sons 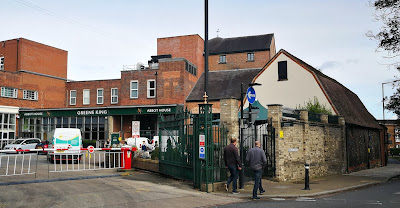 Below: the former barley store 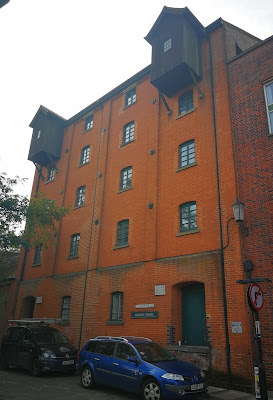 Above: Looking eastwards from the tower, King's Brewery 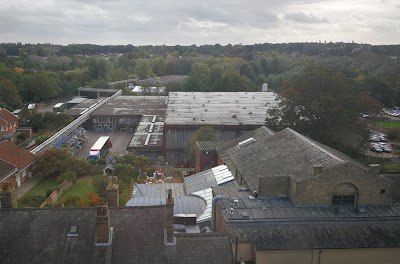 Above: Looking south from the tower brewhouse, the flat-roofed building is the packaging department

Above: Looking West from the tower brewhouse, the Westgate (Greene's) Brewery 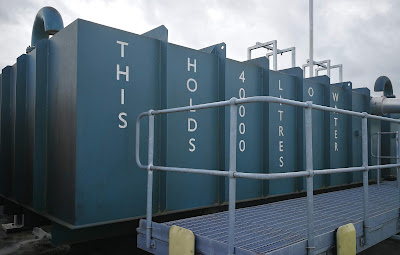 The roof of the tower brewhouse houses the liquor tanks for the brewery as well as giving spectacular views of Bury St Edmunds. 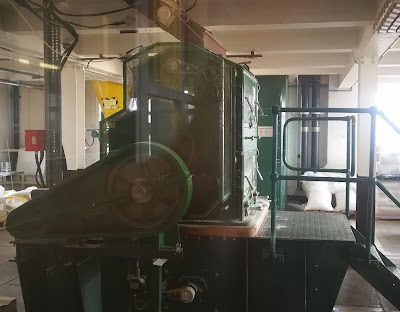 Working our way down the brewery we have the grist mills 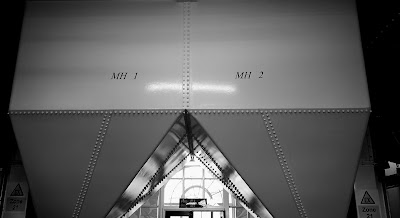 The large silos underneath the mills 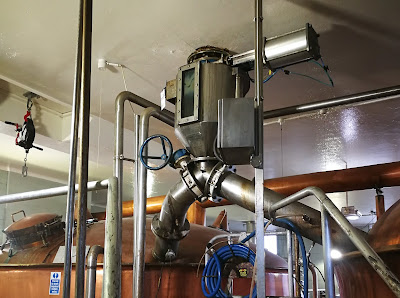 The masher, looks like a Steele's Masher, leading to the copper mash tuns 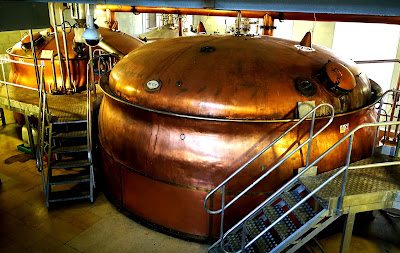 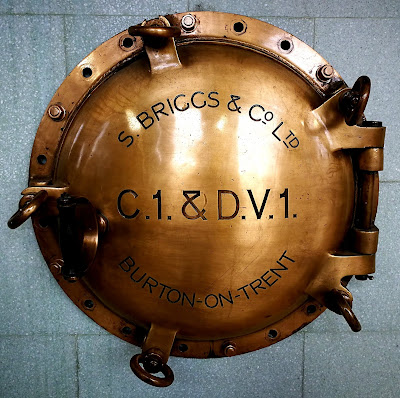 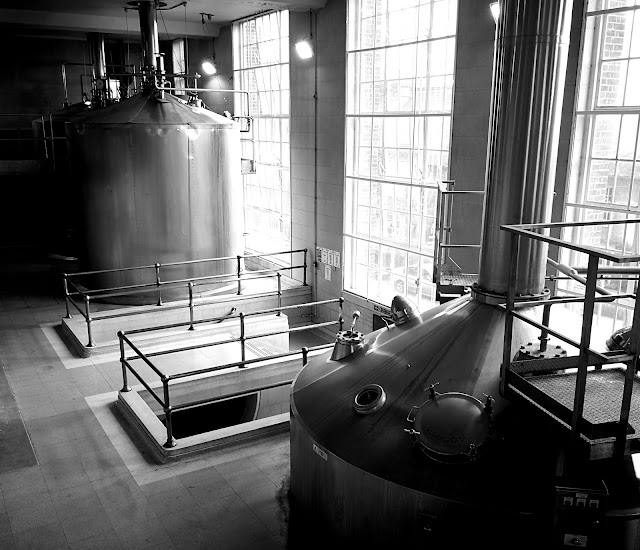 Above: the rather modern-looking copper
Below: In a corner of the brewery, sits the St Edmund Brewhouse, a 30 barrel microbrewery that can brew short-run brews, craft beers and experimental brews 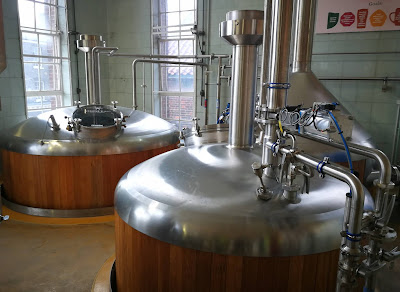 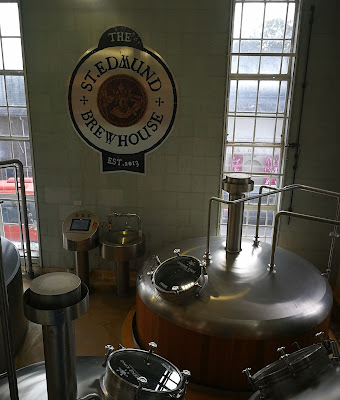 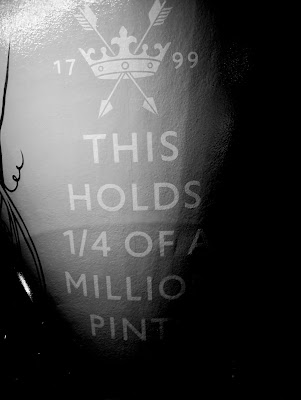 One of the fermenters in the Westgate side, unfortunately the tour did not include any of the wooden fermenters still used to brew Old 5X, which is rarely sold but instead used as a base for other beers such as Strong Suffolk. 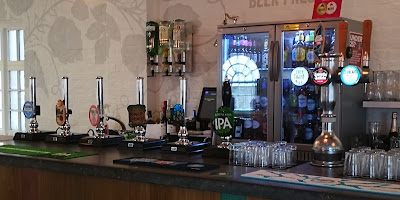 The tasting room, a good tutored tasting was given on the beers here 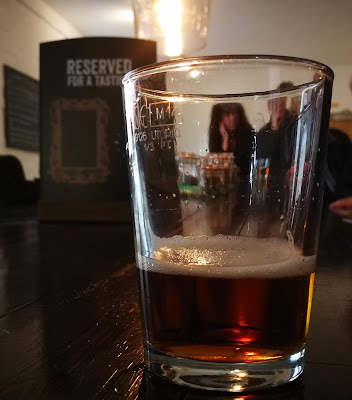 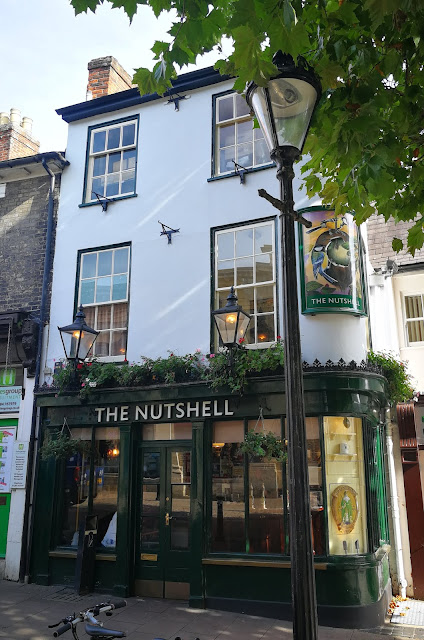 No visit to Bury St Edmunds would be complete without a visit to Britain's smallest pub, the Nutshell

There is another brewery in the town, also worth visiting, the Old Cannon Brewery 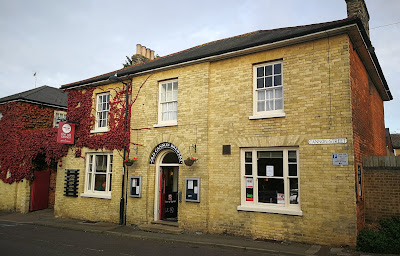 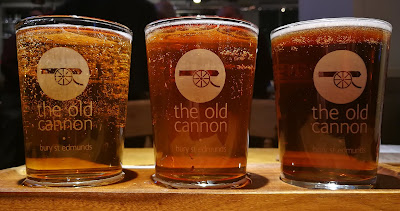 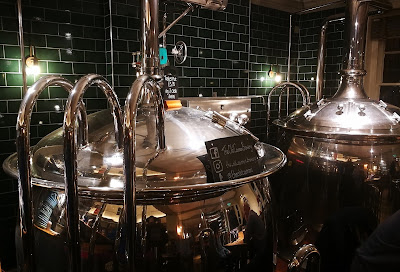 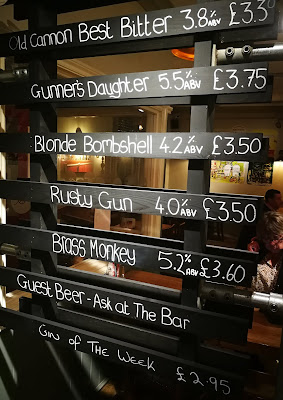