A visit to Adnams Brewery 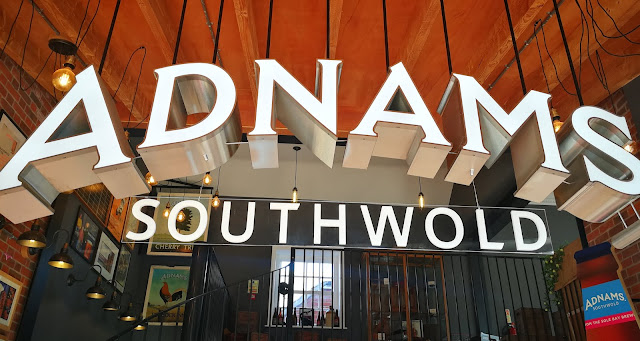 Southwold is situated in coastal Suffolk, not the easiest place to reach by public transport but there are regular daytime buses from Lowestoft or a more infrequent service from Norwich. The first mention of brewing on this site is 1396 but the Adnams family did not become involved until 1872, later joined by the Loftus family in 1902, both families still have members on the board of directors. 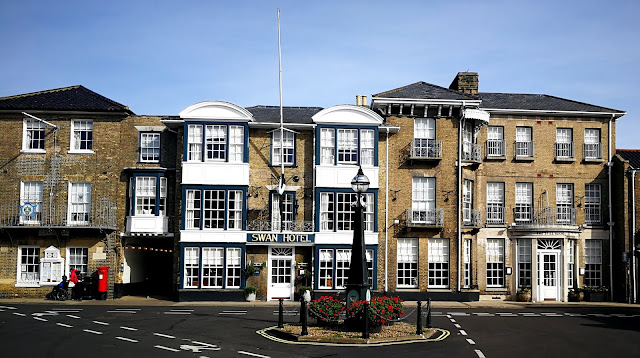 The brewery is situated behind the Swan Hotel 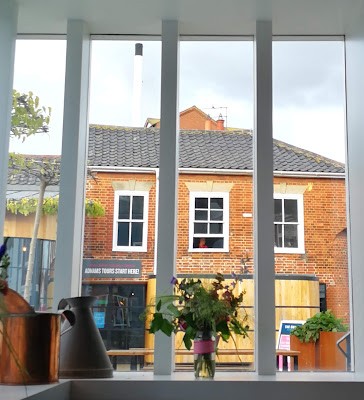 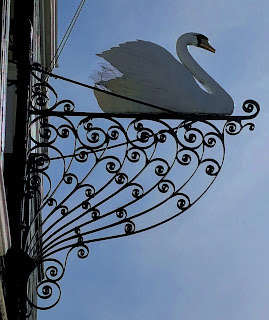 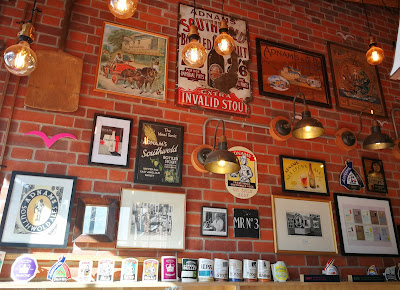 Inside the visitor centre, packed with old brewery memorabilia
The brewery itself is best viewed from the rear of the complex 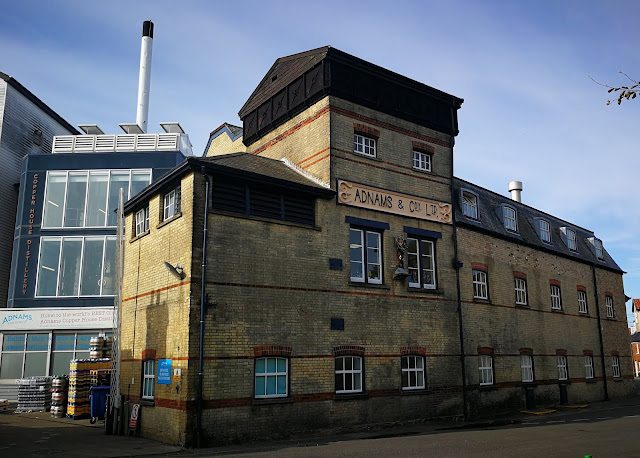 From the outside, Adnams Brewery looks like a typical Victorian Tower Brewery, however, a new brewing kit was installed in 2006 and in 2010 a distillery was installed. Adnam's are one of the few all grain spirit makers, most other gin makers buy in the spirit and rectify it into a the finished product, Adnam's however are distilling spirits from the grain to the glass. 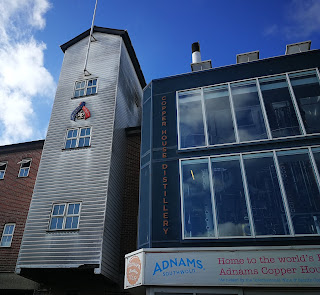 Above: The Copper House Distillery

Above: Jack on the brewery wall, who has given his name to the "Jack Brand" of Adnams beers 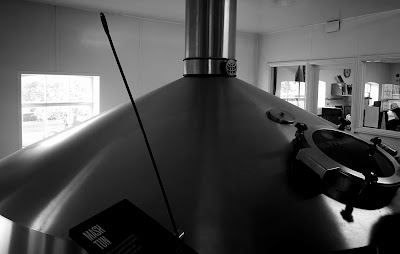 Mash Tun above and hop chargers below, the wort is redirected through these chargers filled with hop pellets, there are three of them so that different hops can be added at varying times throughout the boil. 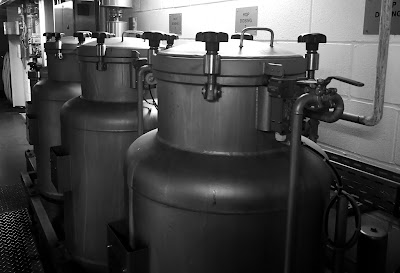 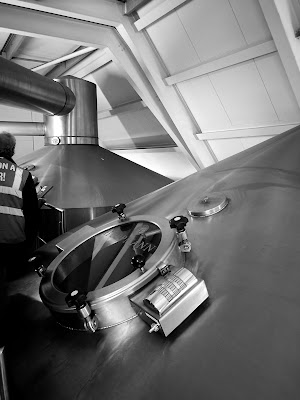 The fermenting block is actually across the road from the brewhouse 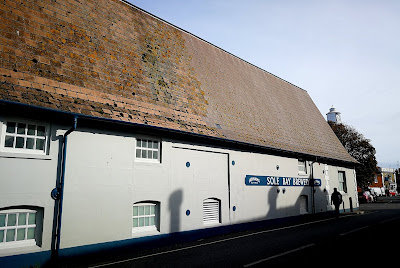 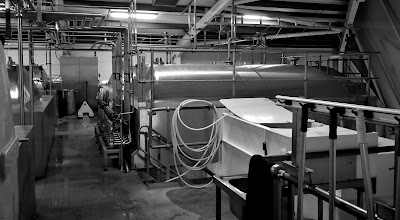 Above and below: the gleaming stainless steel fermenters

Below: the brewer is ageing something special in these casks I think? 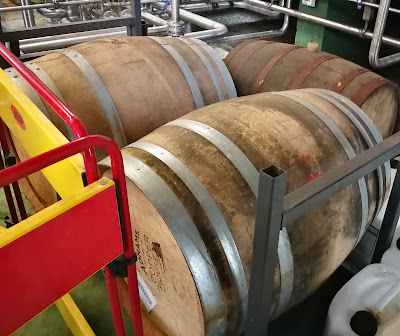 The beers are packaged elsewhere, at the award-winning distribution centre just outside of Southwold 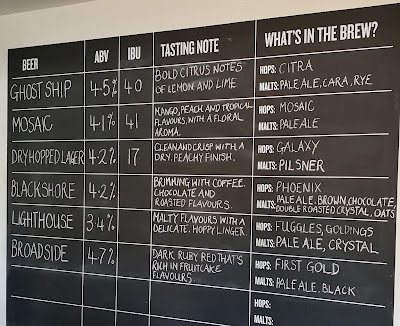 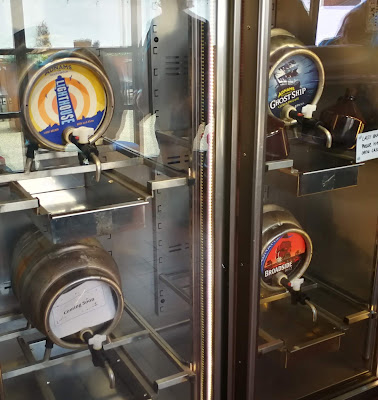 A good range of beers were offered in the tasting room, the first one was a non-alcoholic version of Ghost Ship, something the tour guide pointed out that a recent CAMRA tour had refused to drink, although they enjoyed the keg beers later!

Above: Adnam's Store & cafe, worth popping into to stock up on their range of beers, spirits and their famous barley wine, Tally Ho. 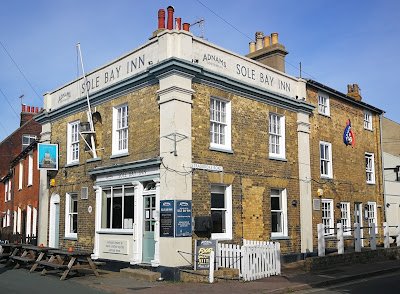 The pubs in Southwold are worth visiting as well, above: the Sole Bay Inn, below, the Lord Nelson 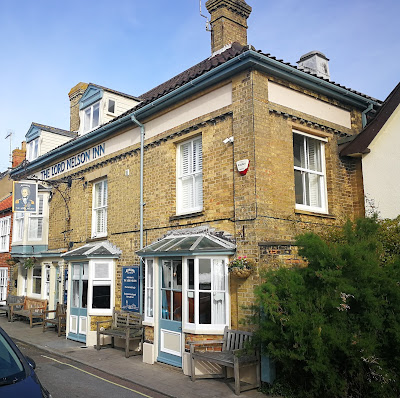 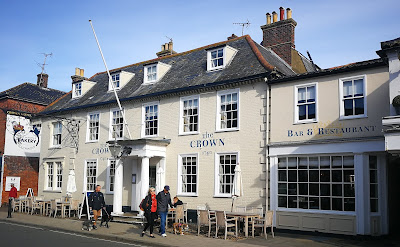 Above: the Crown and below the Red Lion 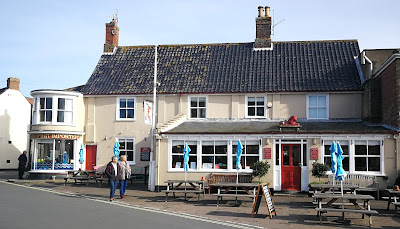 Below: the bar of the Swan 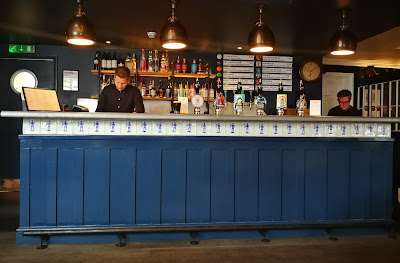 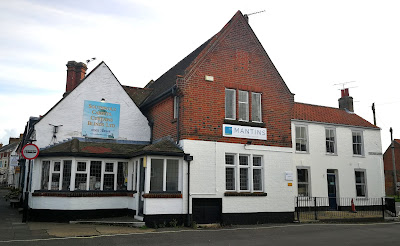 Sadly, the  King's Head is no longer a pub but the bus stop is still named after the pub! A bit confusing if you are looking for the pub or the bus!