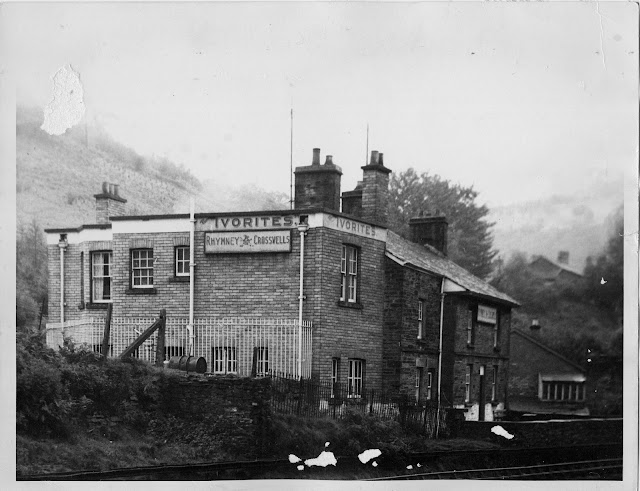 The former Ivorites pub in Aberbeeg was named after a Victorian friendly society and was owned by Rhymney Brewery. The pub was demolished to widen the Cwm to Aberbeeg Road 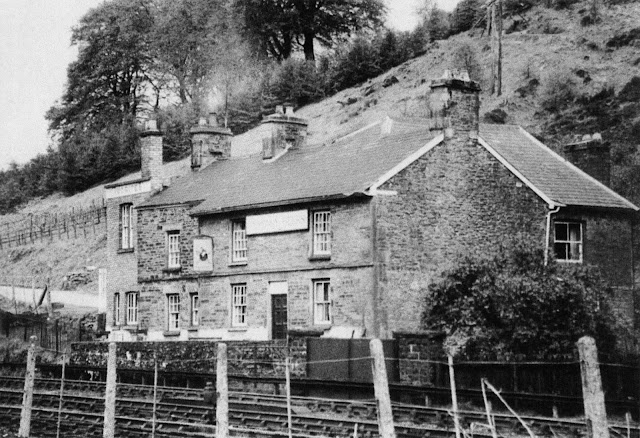 From Boyhood Memories of Aberbeeg by Howard Robinson
"At the centre of Aberbeeg was the brewery, Webb's Welsh Ales, and, at the front of
it, the Hanbury Hotel. In my mind, I was able to use this pub before its "oldness" was
ripped out before the brass and copper, and the old smokers' chairs and the mahogany bars were replaced with plastic and polystyrene, Formica and chipboard.
The other pub in the village was situated about 150 yards to the north, at the entrance to a small narrow side valley called Cwmbeeg Dingle. The meeting of the brook which flows down the dingle and the River Ebbw gives us the name Aberbeeg. The pub was called The Ivorites after a friendly society of the Victorian period.
It was demolished to make way for the re-routing of the Cwm to Aberbeeg road. My parents often took us there and we would sit outside in the summer sunshine, the corners of our mouths
burning from the salty, greasy, scrumptious crisps, and then a sip from a lemonade that actually contained essences of lemons.!

Remember it well. Going wimberry picking with my family in Cwmbeeg dingle, then a "drink" of weak shandy before catching the train back to Six Bells. Strange enough, it never seemed to rain.