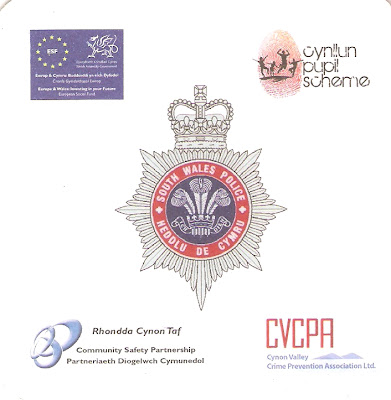 Following on from Gwent Police printing beermats earlier in the year, it turns out the neighbouring South Wales Police Force have managed to find some money for a print run as well. A veritable cornucopia of taxpayer-funded bodies have used our money to produce this advertising gimmick, still with breweries cutting back on point of sale material such as beermats it appears that only the bloated public sector can afford to produce such advertising material.
It is good that the flow of cash from the Welsh Government/European Union/Rhondda Cynon Taff Council has not dried up, with crime levels increasing, pubs closing and becoming derelict squatter camps what we really need in this country are taxpayer-funded beermats to get the message across. 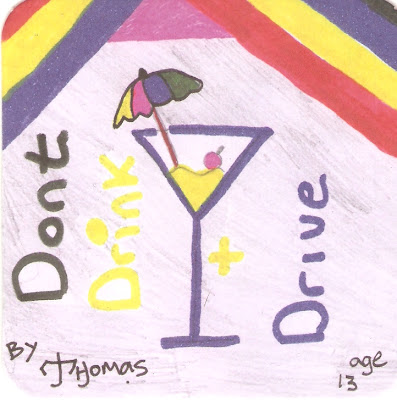 Even children are brought into this campaign with this design on the back of the beermat by Thomas, aged 13. Good to see he has started to demonise cocktail drinkers with his drawing, we all know that cocktail drinkers are the cause of 99% of all alcohol related crime in the United Kingdom. Well, no they are not but the drawing could well have been of a pint glass with real in it.

On another note, South Wales Police announced today that last year over 39,000 innocent motorists were stopped in their annual inconvenience the driver campaign. I'm not advocating drink driving but surely there must be something better than stopping cars at random just to fill in their bloody quotas? Well they could always produce beemats I suppose?

Well, yes, harassing the innocent is far easier than actually doing any proper intelligence-based policing to catch offenders, isn't it? And how many of those 39,000 will reflect and think "ah well, next time I won't bother going to the pub at all"?