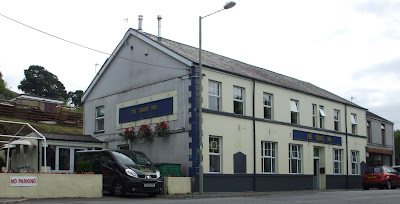 BEER FESTIVAL THIS WEEKEND!
Cross Inn, Maesteg Road, Garth, CF34 9LB. Open all day
The Cross Inn is a long, two-story building, built in the late nineteenth century and situated on the main Bridgend-Maesteg road; a short walk uphill from Garth railway station. A central doorway leads to an original tilled hallway with a bar to the left and a lounge to the right. A small window in the hallway was the former off-sales hatch, this was set at a low-level in the wall to enable carry-outs to be sold to children to take home for their parents. Above the hatch is a large chalkboard announcing the forthcoming events occurring in the pub. The bar on the left-hand side is long and narrow but has room for a pool table at one end. One of the photographs on the wall shows the original extent of the bar counter from one hundred years ago; it stretched to most of the length of the room but was shortened some years ago to provide more space for customers. The Cross Inn is unusual in that it still retains its original layout and has not been knocked through to one bar.
A doorway off the bar leads to a corridor and a smoking area out the back, the corridor contains some old breweriana such as a 60 year old price list and an old Hancocks Toastmaster mirror. There is also an outside drinking area to the side of the pub. 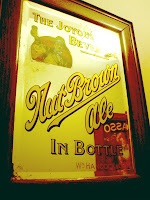 The lounge, situated to the right of the entrance hall is tastefully decorated with charcoal drawings of the area, bench seating and high tables. There are 3 gleaming chrome handpumps in the bar and another 2 in the lounge. The Cross Inn is home to the Cerddin Brewery, established in 2010 and named after the rowan trees that grow locally, this is the first brewery in the area for 112 years and is Wales' first carbon neutral brewery. 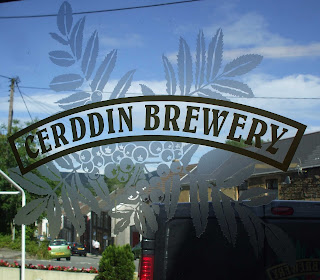 The brewery is situated in an outbuilding to the side of the pub. Regular brews such as Solar and Cascade are supplemented by guest beers from another brewery such as Wye Valley and occasional brews. The popularity of the home-brewed beer has resulted in the landlord putting an extra handpump in and using bigger casks in the cellar. The beers from Cerddin Brewery are all served in branded glassware and takeout containers are also available. 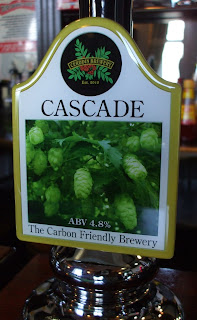 Two beer festivals are held at the pub every year, with the next one being over the August Bank Holiday weekend 26th-28th 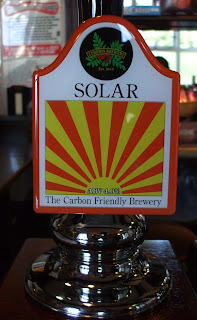 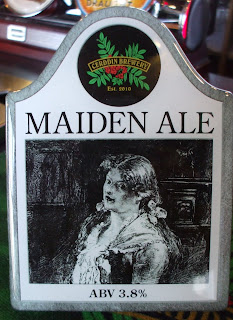 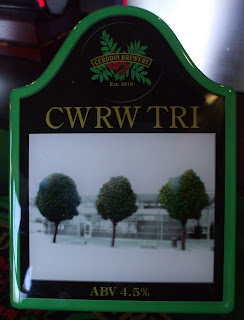 Above: Some of the beers brewed at the pub
Google Map:

Traveline Cymru:
The pub is a short walk uphill from Garth station, take the right hand road when exiting the station