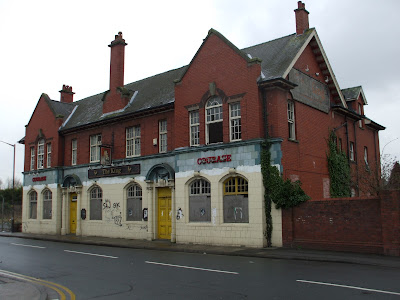 I see Curmudgeon has a new blog, highlighting pub closures and using photos from Google street view. Thought I'd add some here, taken from my own collection. Above is the former King, originally the King of Prussia, Somerton, Newport. Building is currently in a state of dereliction and awaiting conversion to flats. 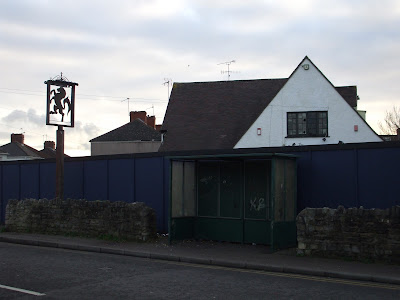 Nearby the Black Horse in Somerton is awaiting demolition and a Tesco Extra to be erected on the site. A former Ansells pub the building has again been derelict for years. 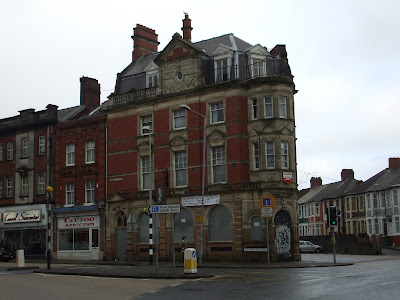 In the City centre, the former King William IV stands shuttered up on Commercial Street. This pub was originally a Phillips Brewery pub before Courage, Ushers and a pub company took it over. 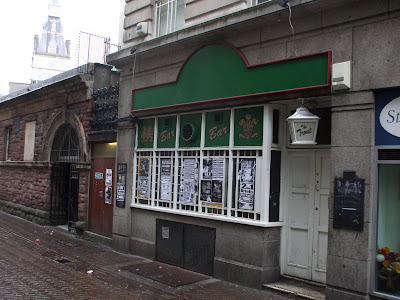 Close to the indoor market, the Trout on Market Street stands empty. Originally a Lloyd & Yorath pub, this later became an Ansells house before being closed. For some reason the lease has reverted back to Newport Council but they do not appear to be interested in marketing the building and it fits in well with the empty shops that dominate the City Centre. 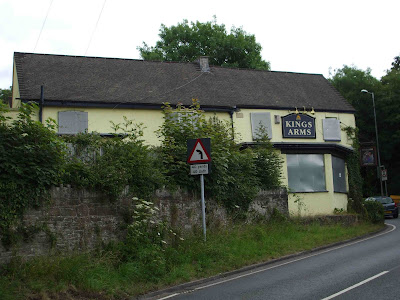 The King's Arms on Belmont Hill has at least reopened, albeit as an Indian restaurant rather than a pub!