Neath gets a new brewery 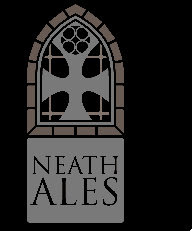 The chav-filled town of Neath is now home to a new brewery. Neath Ales was started by former sociology lecturer Jay Thomas and is the first brewery in the area for about 5 years, when the Borough Arms was a short-lived brew pub.
A great quote from the brewery:
"At Neath Ales we love hops. We believe that a beer should be a great balance of flavours and so our bittering hop rates simply balance the beers or are appropriate for a particular style. However many other brewers would consider our late hopping rates decadent. Outrageous perhaps. But these levels of late hopping give Neath Ales outstanding aroma and subtle flavour profiles which set them apart".
A new Welsh brewery producing flavoursome and tasty ales? Whatever next?
Good luck to to the new venture and I look forward to trying their beers the next time I'm in Neath.
If you cannot get down to Neath then they do mail order.
Here are their beers, with tasting notes supplied by the brewery:

Neath Ales Gold is a premium bottle conditioned beer. A Pale Ale at 5% ABV, it is brewed to a traditional strength and bitterness. It is crisp and refreshing with aggressive hopping rates which produce outstanding aroma and flavour.

Neath Abbey Ale is a 4.2% ABV beer brewed with three different kinds of malt and generous amounts of hops. The quality and blend of ingredients make this an exceptional beer.

This 4,2% premium bottle conditioned beer marks the invention in Neath in 1821 of the silica firebrick. Firebrick is brewed using the worlds finest malted barley and well balanced with classic hop bitterness to create a beer that is refreshing with all hot spicy food!


One beer to look out for will be available in July, called Neath Ales Reserve, it is described as an extra stout porter and is 7.5% ABV and will be sold in champagne-style 750ml bottles.

The Western Mail also has a take on this story, though they missed the bit about the Borough Arms brewing a few years back. Should have asked the beer expert on the Echo or Brian on the subs desk!

good luck to them!
I'd like to try their stuff. Maybe next time I go back home to Wales.
I think there is room back home for aggressively hopped beers. I'm turning into a hop head myself, living over here in Japan. I do like appreciate the well balanced finer UK ales and beers but I also now have a place in my heart and my taste buds for the glory that is the hop! However, a hoppier beer may benefit from a lager malt backbone and perhaps we should be looking at 5% alc or thereabouts, rather than still making an effort at the lower 4% bracket. A fair few of the IPAs I'm drinking these days are around 6.5-7%. The DIPAs I'm knocking back here in Japan reach 8-9%, even up to 10%. These beers have lots of hops to balance out the malt profile associated with a big beer.

You would love beers from Otley Brewery then. Based in Pontypridd they are one of my favourite Welsh breweries.
As for the rest of the UK - brewers such as Brew Dog, Thornbridge and Meantime also are packed with flavour.

I would indeed like very much to try some of the Otley brews.
Yeah, not the biggest fan of brewdog. Don't really care for their attitude or marketing style - despite the fact that it obviously works. I think some of what they make is sh*te but I do rate a few of their brews. The Tokyo star I sampled in, of all places, Tokyo. Very nice. For me, Punk IPA was just weird.
I'd like to try bashah, too.
They will be on tap soon in Tokyo.
Talking hoppy brews, I'm thinking Stone, Greenflash, Ballast Point from the states and some decent brews from over here like Shiga Kogen, Ozenoyukidoke, Yokohama beer, Baird beer (3 gold medals at this year's World Beer Cup), etc.
It would be fantastic to do a beer swap sometime!