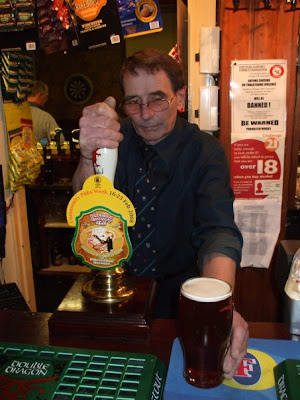 Well-respected local publican and real ale supporter Paul Cooper, of the Globe, Talywain, Torfaen, has lost his battle with cancer. Paul, pictured above behind the bar of the Globe during CAMRA's National Pub week in 2008, was a firm supporter of real ales and local breweries. Paul first came to the attention of CAMRA with his pub, the Prince of Wales in Cwmnyscoy, near Pontypool, before moving to Pontypool Rugby Club. Here, at the Rugby club, he co-hosted with CAMRA the First (and only!) Poola Beer Festival in 1997, a forerunner of Gwent CAMRA's bars at Tredegar House and Abergavenny Food Festival. One of the first beers at the beer festival was from the newly formed Swansea Brewery and Paul continued to support this brewery by regularly ordering their beers in years to come.
After the Rugby club Paul and his wife Phyllis took over the Labour in Vain, High Street, Pontypool, where the pub sign had mysteriously gone missing a few years previously. Luckily Paul found an old photo of the sign and allowed me to photograph it. 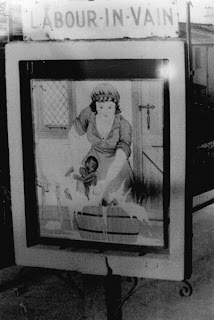 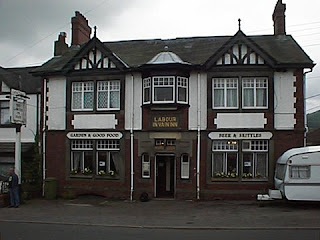 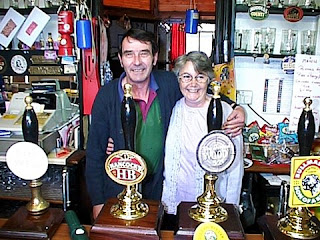 Paul and Phyllis behind the bar with their array of pumpclips 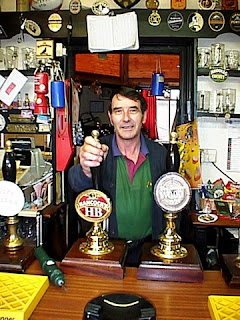 Paul Cooper behind the bar of the Labour in Vain

Again beer festivals occured at the Labour in Vain but it was a bit of a trek up the hill from the town centre.
More recently Paul and Phyllis took over the Globe in Talywain, a 2-bar pub, high up on the road to Blaenavon. This pub became a rare local outlet for beers from Felinfoel Brewery alongside other guest ales from breweries such as Breconshire. A warm welcome was always assured when visiting Paul and Phyllis in the Globe and quite often I would miss my planned bus home and would have to wait another hour for the next one whilst chatting to Paul over the bar. Paul's death is a sad loss to everyone who new him and our condolences to Phyllis 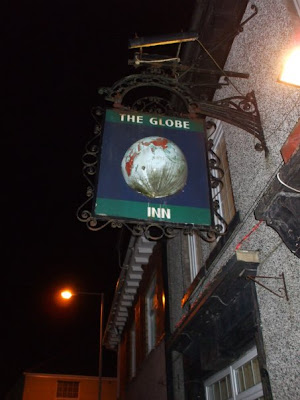 Thanks to Dave from the RATS for permission to use some of his photos on this site.