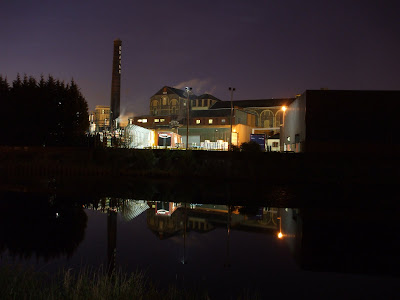 After the success of the IPA series of beers last year, Wales' biggest real ale brewer SA Brain, launch their 2013 challenge for 2013 with Continental beers.
The Challenge will see esteemed figures from the brewing industry come to the Brains Craft Brewery to brew their favourite continental style kegged beer.
The first in the series was brewed with the author Pete Brown. Pete came to the Brains Craft Brewery last week to brew a Belgian dubbel, a style of beer traditionally brewed by Trappist monks.
Other collaborators in the Continental Keg Challenge are Sophie Atherton, journalist and beer sommelier; Adrian Tierney-Jones, beer writer and journalist; Robyn Black, drinks editor of the Publican Morning Advertiser; Des de Moor, author of the CAMRA Guide to London’s Best Beer, Pubs & Bars and Glenn Payne, brewing maven.

The Continental Keg Challenge beers will be independently judged at the end of the year and the winning beer will become part of Brains’ beer festival programme.
Each limited edition beer will be available in Brains outlets. A full list of stockists is available here.
The first Annual Challenge held in 2012 was the Ultimate IPA which was won by Boilermaker. Boilermaker was brewed by Ben and Tom from Thinking Drinkers and will soon be available nationwide in Morrisons.