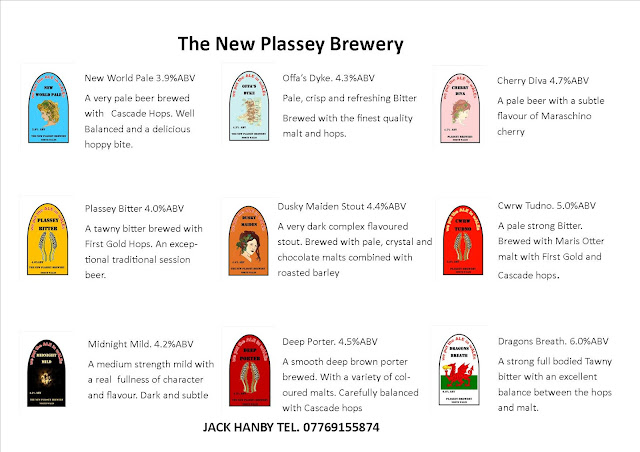 The award-winning Plassey Brewery of Wrexham has a new owner, in the shape of Jack Hanby who has been working in the industry since the 1970s in breweries such as these:

The company has been formed after the merger of Plassey Brewery with Gertie Sweet Brewery and is due to the success of the new Wrexham Lager Company. Ian Dale the previous owner of Plassey is fully committed with the new lager venture so it made sense for Jack Hanby, who was brewing his own beers at the Plassey, to merge the two companies and to market the most popular brands of the two companies under the banner of a new company hence The New Plassey Brewery.

Some of the beers from this new venture will be available at the Great Welsh Beer & Cider Festival in June at the Motorpoint Arena.