How old is the Guinness Advert? 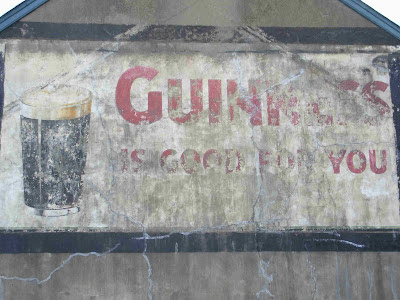 Above: The east wall of the Vulcan
There have been a few comments on Facebook on the age of the Guinness advert painted onto the side of the Vulcan pub in Cardiff, after my posting yesterday on Brew Wales.

Well thanks to the Book of Guinness Adevertising I may be able to put a date on it.
The Guinness is Good for You slogan ran from 1928 until the 1960s. Similar fonts have been used in posters from 1932 until at least 1956, on advertising material designed by the artist John Gilroy. Is it too much to hope that we have a Gilroy Original painted on the side of the pub?

The font is similar to this 1938 poster - no hook on the 'G', angle on the beginning of 'S'. I'm not an expert on fonts but there is a chance this wall advert is pre-World War Two? 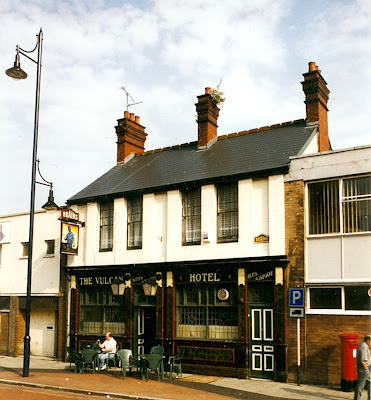 The sign was covered by a building for many years and is on the left hand wall of the Vulcan pub. The above image was taken in May/June 2000 before the demolition of the adjoining buildings. And before a certain RAT who hates his photo being taken could move out of shot!
Save the Vulcan blogspot