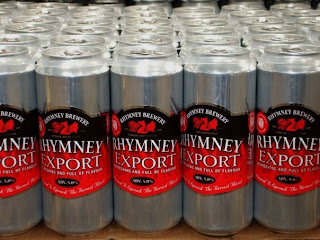 Former Champion Beer of Wales winner, Rhymney Brewery of Dowlais, have set out to offer customers a choice for the take-away market. Not only do they offer bottles of their award-winning beers but they know offer cans of their beers. In fact Rhymney Brewery are the first craft-brewery in Europe to install a state-of-the-art North American canning line – something that previously was only available to larger producers. Wales has a proud history in canning beer, Felinfoel Brewery of Llanelli were the 2nd brewery ever to can beer way back in 1935 and Rhymney is now following in that proud tradition.

But will the CAMRA purists will be up in arms over canned beer? They need not worry, unlike the mass-produced supermarket cans of stuff that masquerade as beer, the cans of Rhymney Lager, Dark, Hobby Horse and Export are not pasteurised, but merely sterile filtered so that the flavour of the beer is not destroyed by heat. It came as a surprise that for the first time ever when I opened a can I found a canned beer that I liked and could drink. The beer retains condition in it but is not overtly fizzy and the flavour of the beer comes through. It's not some tasteless, eurofizz, but a hand-crafted Welsh beer from the valleys. Not necessarily something I would drink all the time, but ideal for parties and who knows it may even convert some tinnie drinkers into trying real ale the next time they are in the pub.

Rhymney Brewery can regularly be seen at various farmers markets and later in the year at the food festivals and county shows where their products are available. 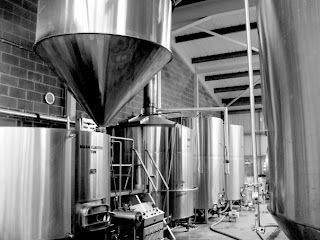