A visit to Shepherd Neame

Looking back at old photos there were a number of regional breweries the Brew Wales editor has visited over the last 30 years or so and a lot of them are no longer there - King & Barnes, Brakspear, Youngs, Buckley's etc so last year I decided to start visiting the regionals that were still left and photographing them. No rush to this project so expect occasional updates. 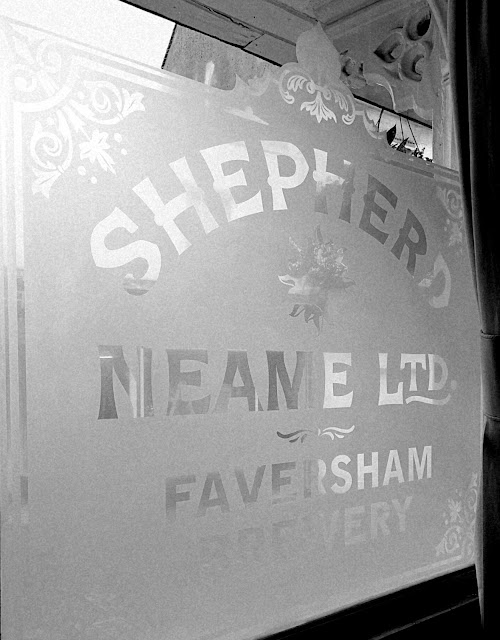 Last March, I found myself on my annual visit to London for the last of the CAMRA London Drinker Festivals, there's only so much of Camden Town Hall I could take so for a change I visited Shepherd Neame Brewery in Faversham, just over an hour by train from St Pancras Station if you catch the fast train, which is also very useful for Stratford and back!
Looking on Google Street view I immediately recognised a Victorian Tower Brewery but this is not Shepherd Neame, their brewery is on the opposite side of the road, sloping down to the River Medway.

This brewery was taken over by Fremlins in 1949 and was originally George Beer & Rigden. The former tower brewery has now been converted to flats whilst the maltings are now a Tesco. Fremlins was taken over by Whitbread in 1967, more about Fremlins can be found here. 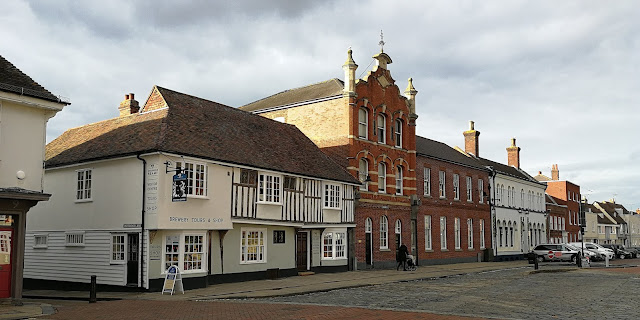 The frontage of Shepherd Neame Brewery, showing the shop and visitor centre on the left and the brewery offices on the right

The brewery tours are run from the shop, housed in an ancient timber-framed building which only became part of the brewery in the last few years, adjoining the shop is a bar/tap room and the viewing area to watch the video for the start of the tour. Shepherd Neame claim to be Britain's oldest brewery, dating back to 1698, the Three Tuns Brewery in Bishop's Castle was first licensed in 1642, however, recent research has moved the date for the Faversham Brewery back to at least 1573 and before that the site may have had a brewing connection with a nearby religious site. For more information on the history of the brewery visit the Shepherd Neame website. In fact, researching the history of this brewery has produced three volumes of books about the site, something of a record for a brewery I think?
After the video the tour departs outside and in through the door of the attractive offices, decorated with hop motifs on the outside and this on the inside: 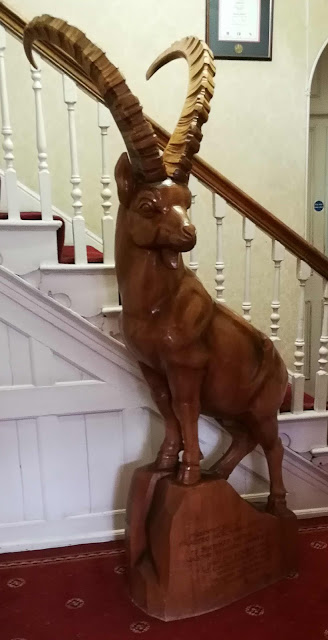 From Hurlimann Brewery, Switzerland
Sheps brew Hürlimann under licence so it was not much of a surprise to see this. Through the back door of the offices and we are into a passageway with the brewhouse to the left and above us, on the slope going down to the River Medway. 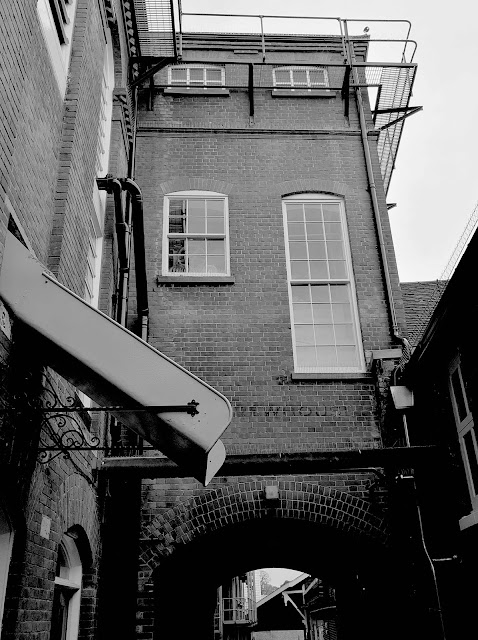 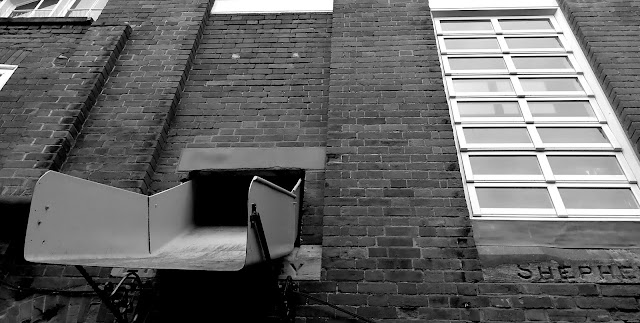 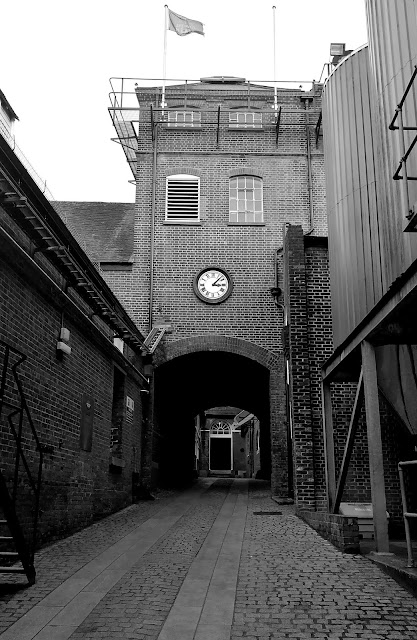 The interior of the tower brewhouse was fitted with new plant in the 1970s and during this rebuilding the old wood cladding from the previous brewery was reused around the modern vessels. 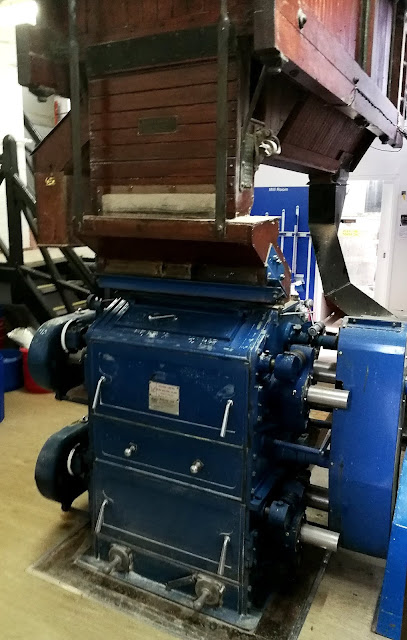 Above: the grist mill and below mash tuns 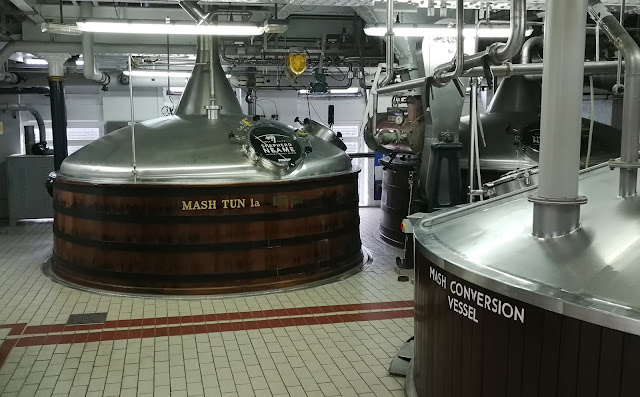 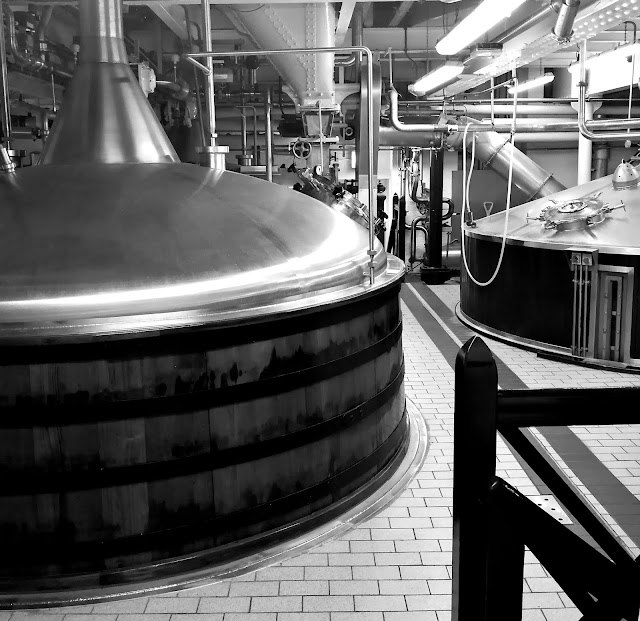 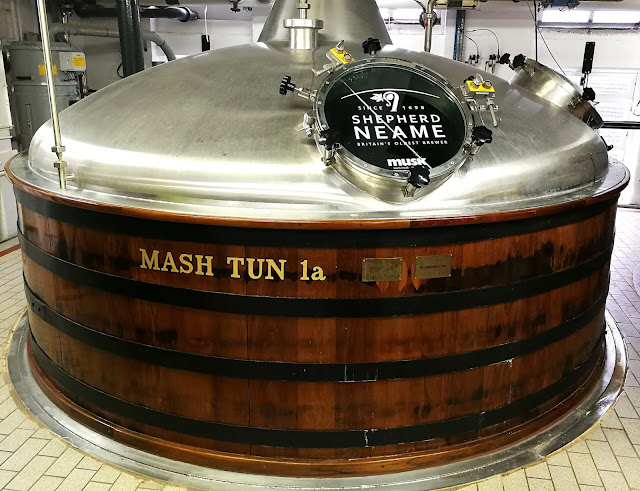 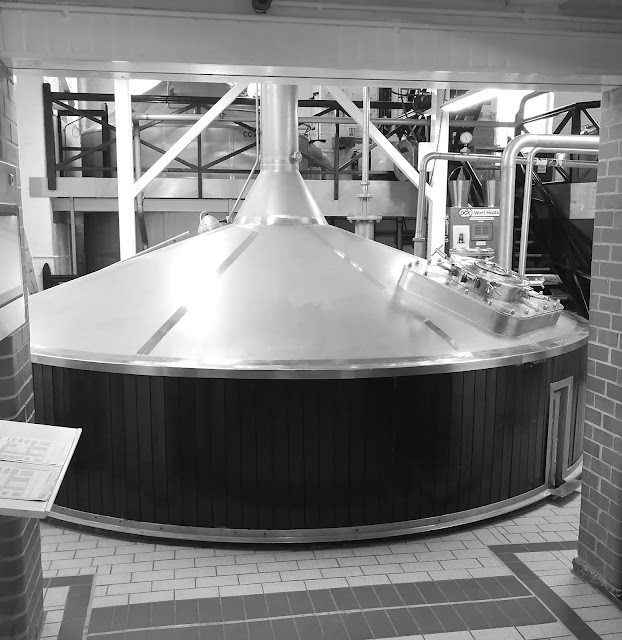 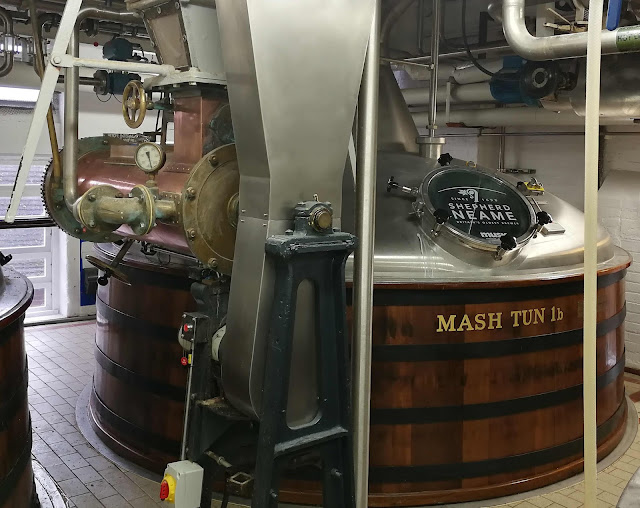 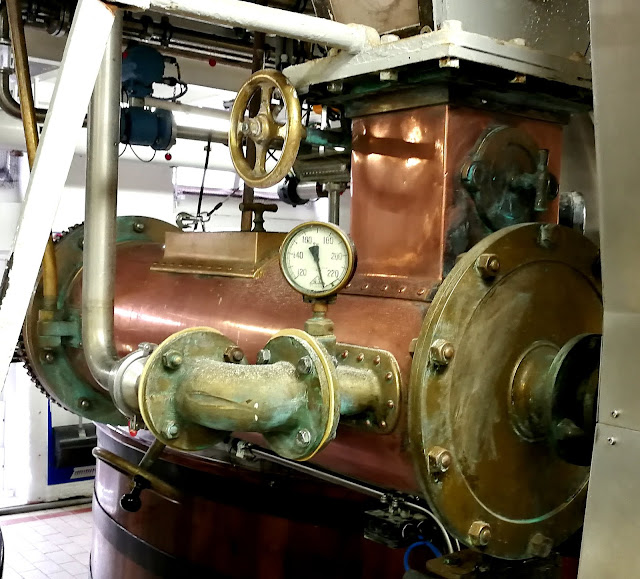 A Steel's Masher, patented 1853 used for mixing the grist with the hot liquor

Whilst this room was quite impressive, well for a brewery geek such as myself, the adjoining room which contains the lauter tun and copper features stained glass windows. 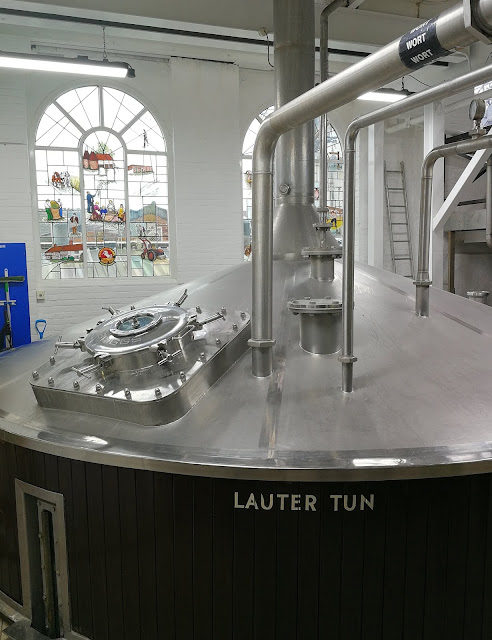 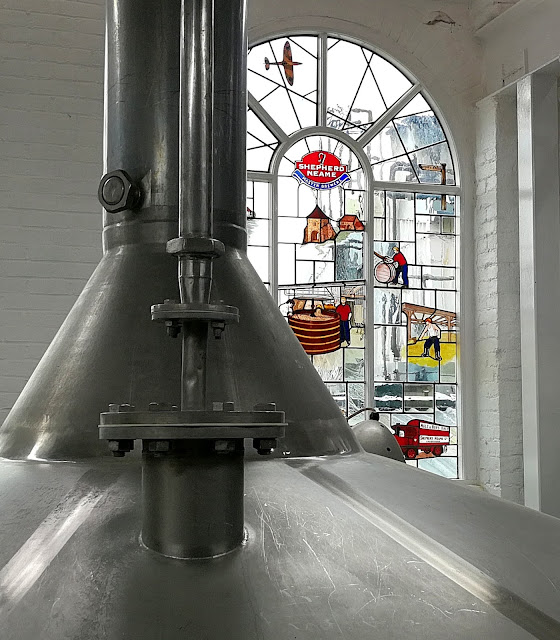 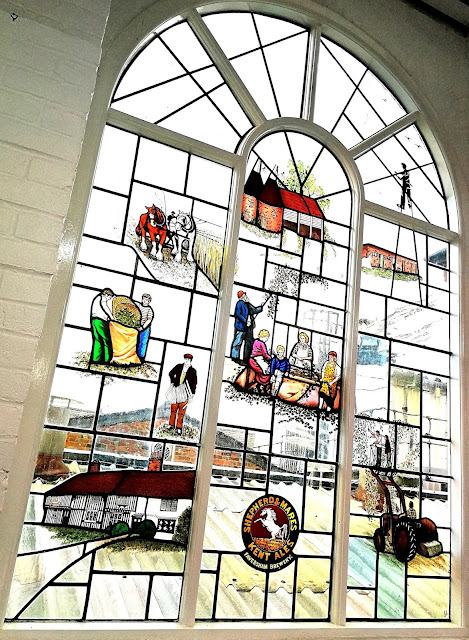 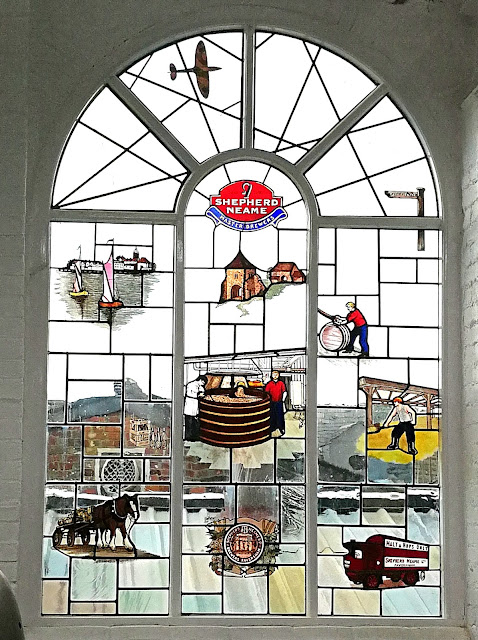 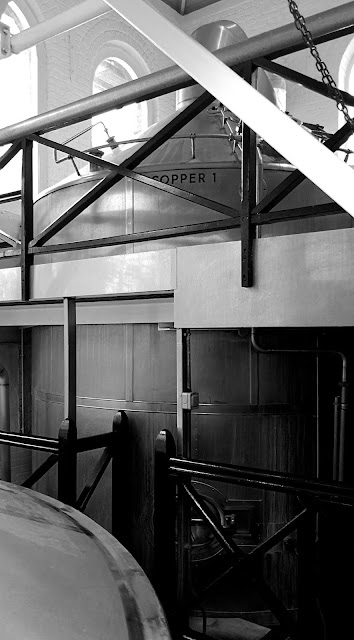 The fermenters are more industrial than artistic 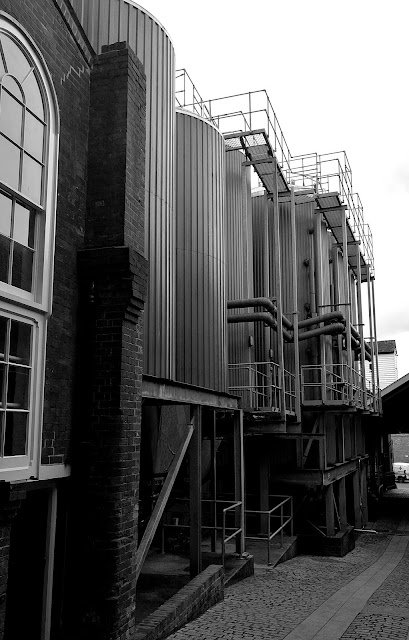 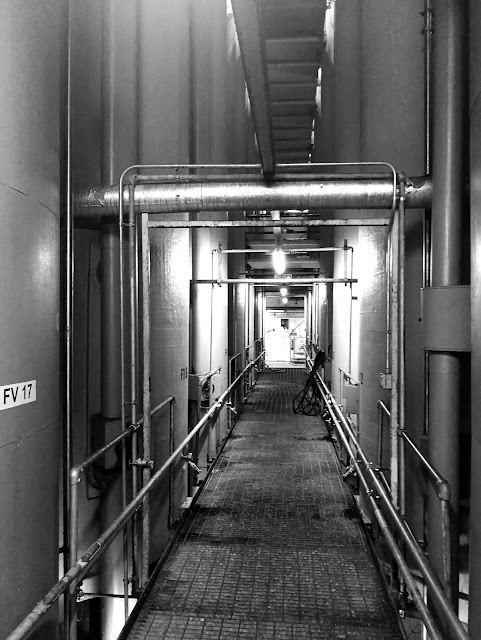 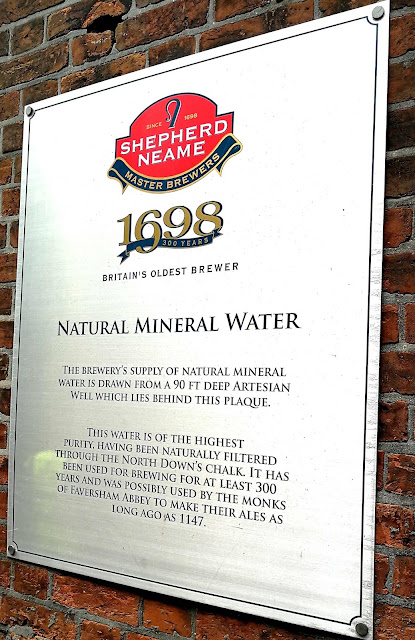 There are still a couple of old steam engines at the brewery, kept in working order and fired up at special events 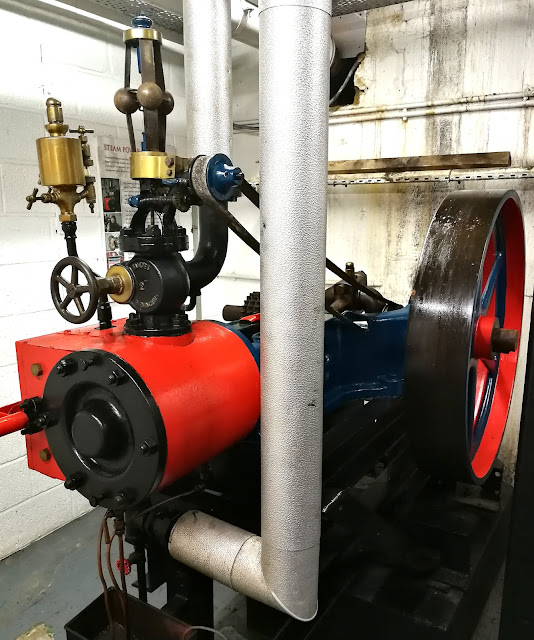 After the brewery tour there was a visit to Sheps' vintage vehicle collection and an old cooperage before heading back to the tasting room. 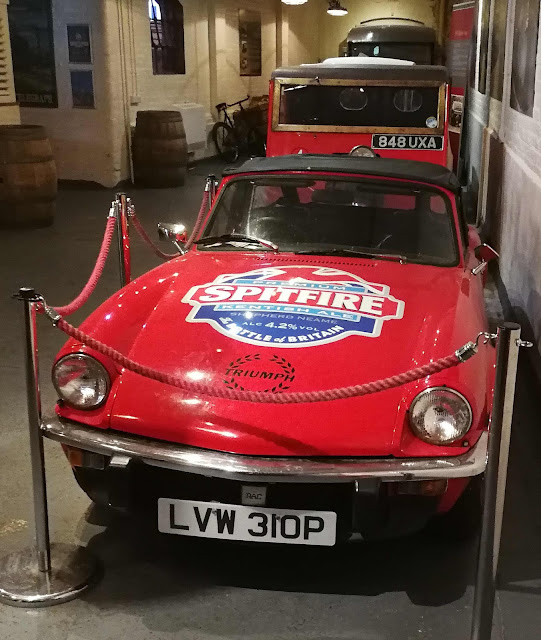 The tasting session was a bit different to others I have been to at other breweries, here the tour guide gave us a blind tutored tasting, I quite enjoyed this as I'm not too familiar with Shep's beers apart from Spitfire. 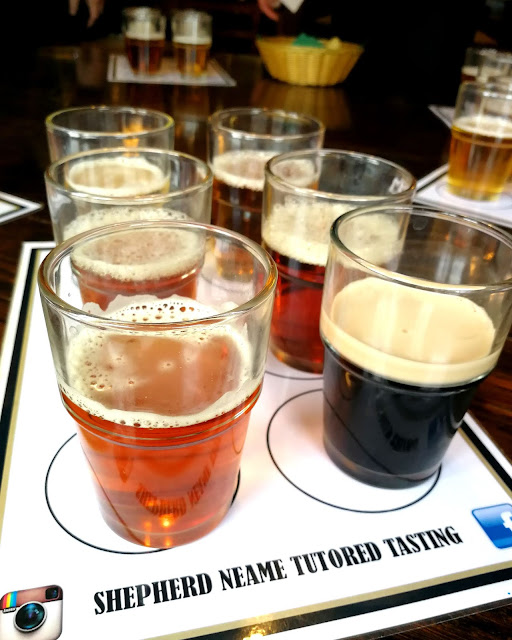 All in all, an enjoyable tour on an historic site, tours cost £14/person and are a good way to spend an afternoon. Especially in Faversham in March. Tours can be booked online here 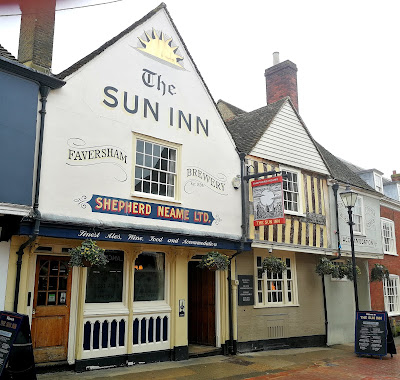 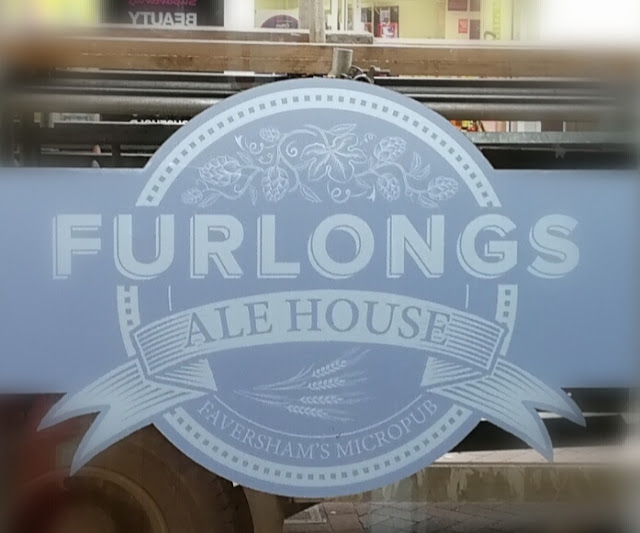 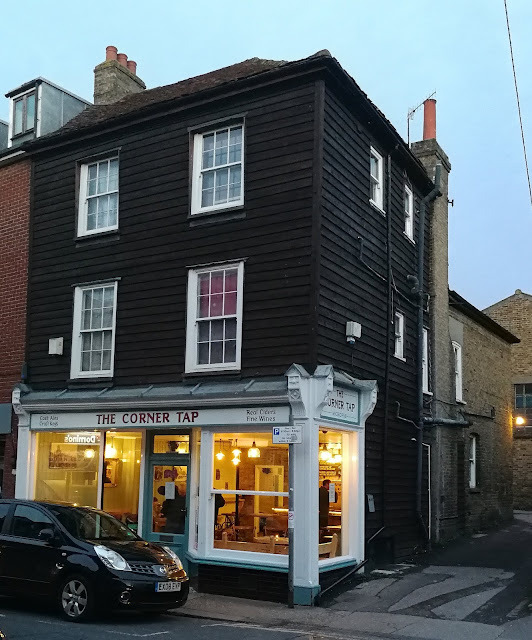 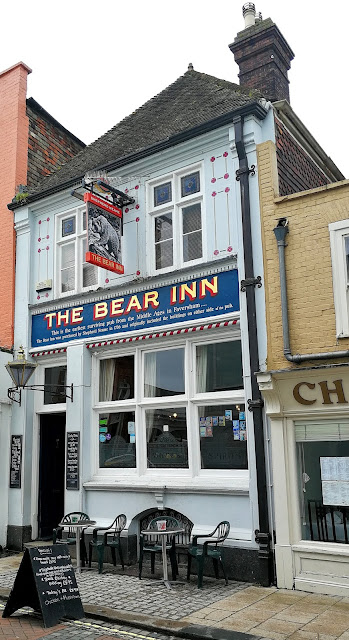 Oh and there's a Chaverspoons as well 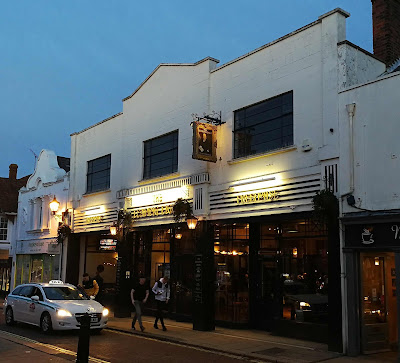