12 Pubs a week are closing 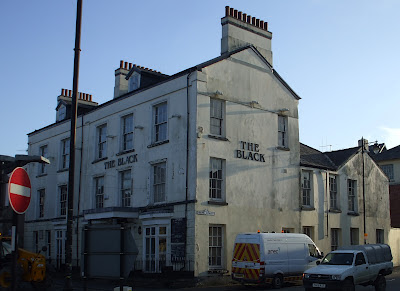 BBC Radio 1 Newsbeat covered pub closures today with some facts from CAMRA. It's worth reading the whole piece on Pravda the Beeb as there is a telling comment by one student towards the end:


However, it's unlikely any minimum pricing introduction would substantially reduce the gap between buying a beer in store and buying a pint in a pub.


Kieron Barton, a 21-year-old student from Lancashire, doesn't think it would make a difference.


"I don't really go to pubs at all to be honest. It's not a place you'd want to go," he said. "You just prefer to get drinks at your mate's house."


And why does he prefer drinks at his mate's house? Well no doubt there is the opportunity to smoke around a friends house, something that has been banned from pubs since 2007. Whoops, that was an 'elephant in the room moment.

A minimum price for alcohol as is advocated by the neo-prohibitionists will not stop pub closures, scrapping the duty escalator will help stop the closures though. The industry needs less tax and less legislation passed and, shall we say, a liberalisation of smoking laws to allow a publican and his customers to choose if they want to smoke or not in his pub? That will get people back into pubs, not some artificial price structuring that goes against every principle of the free market economy.

The BBC also report there are 55,000 pubs in the UK, although the latest BBPA figures have that number as 51,500 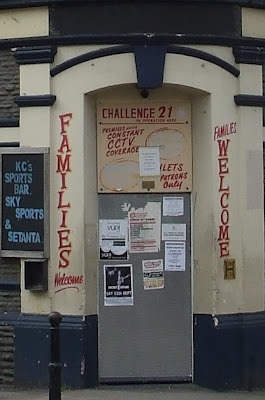 Onto the pub closures, CAMRA used CGA Strategy to produce a report from September 2011-2012.
- 12 pubs now close across Britain every week – 8 in suburban areas, and 4 in rural areas, with the nation’s high streets showing resistance in the current economic climate.

Now I've had a look at the Welsh figures and they seem a bit confusing:

The data is somewhat confusing as it is by the old county boundaries, not Unitary Authorities as now have in Wales. Also Glamorgan appears to be having 10 new pubs, I think this may just refer to Cardiff, where new openings of cafe and hotel bars may be skewing the data. It still shows a net loss of 18 pubs, most in the predominately rural area of West Wales.

Anyway if you want to do something about pub closures then sign the e-petition and have a look at CAMRA’s official beer tax micro site with information on securing an end to above inflation beer tax increases by the Government.

CAMRA, the Campaign for Real Ale has today released new national research showing that with over 300 community locals having permanently shut in just 6 months, crippling beer tax increases by the Government continue to threaten the future of traditional pubs. The news comes as over 33,000 consumers have signed a national e-petition in recent weeks to bring an end to above inflation beer tax increases. CAMRA’s research shows 73% of regular pub goers** support a freeze in beer duty.

National research commissioned by CAMRA has found that Britain’s national pub closure rate now stands at 12 pubs per week, and away from Britain’s city centre high streets – where a net loss of just 6 pubs in total has occurred across Britain in 6 months – rural pubs are closing at a net rate of 4 per week, and suburban at 8 per week.

With pubs hit by an inflation-busting 42% increase in beer duty since 2008, CAMRA is continuing to rally beer drinkers to sign an e-petition to call an end to above inflation increases in beer tax, thus giving struggling pubs a degree of respite in the current climate- www.camra.org.uk/saveyourpint. With over 33,000 consumers backing the petition, CAMRA is lobbying to secure 100,000 signatures and force a debate in Parliament on an issue causing great damage to communities across Britain.

‘Whether situated in a small village, city high street, or on the edge of a housing estate, pubs are so central to our society that whole communities can grow around a particular pub. A threat to the future of traditional pubs is therefore also a threat to countless social groups within Britain that thrive because of their local.


‘Unsustainable beer tax increases by the Government are ripping the heart out of community centres, but with over 33,000 consumers having recently signed the beer tax e-petition, beer drinkers and pub goers are actively voicing their discontent. CAMRA is now campaigning to secure 100,000 signatures, which would force Parliament to debate above inflation rises in beer duty.’

CAMRA has also today released new figures showing the worst hit areas of Britain for pub closures. Breaking down some of the largest counties across the country, targeted figures show how in 6 months (September 2011 – March 2012) an area such as Lancashire has lost 68 pubs, whilst the West Midlands has lost 37.

The number of Craft Beer pubs/bars that are opening is going up and they are thriving.

Well Newport and Maindee are awash in trendy theme Pubs and Chaverspoons, or do they not count?