The Gravity Station comes to Cardiff 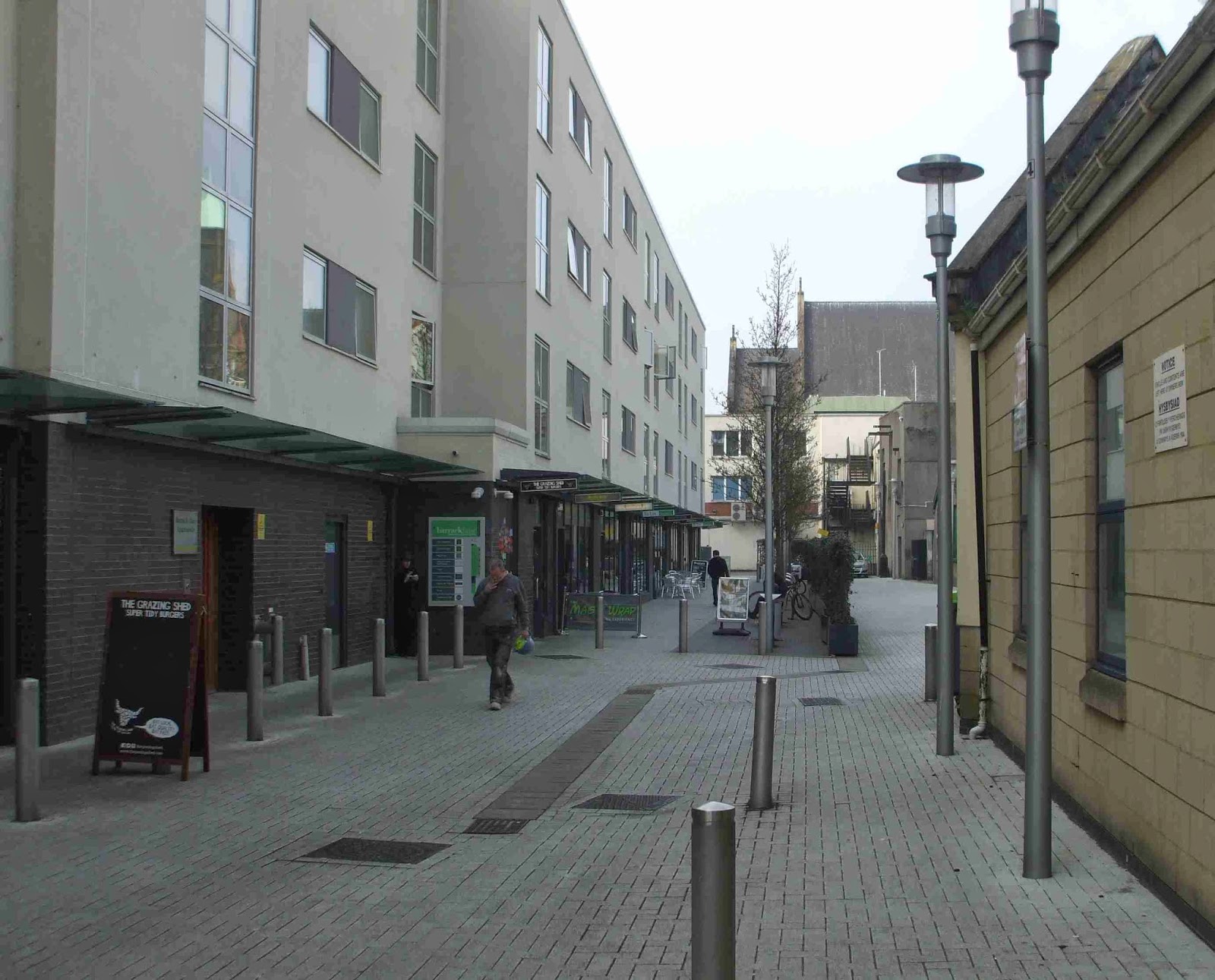 
Yes, I had to look it up as well, Barrack Lane runs parallel to Charles Street on the Eastern end of the St David's 2 redevelopment. Not too sure when the Barracks were ever here though but it must have been before 1855 as the Barracks marked on a map of that date are on Roath Road, later Newport Road and the Cardiff Royal Infirmary site. The lane is marked on the 1831 map but there are only a couple of buildings marked on it. More recently, before the St David's 2 development, there was an open-air market on the site.


How to find The Gravity Station?


Exit St David's 2 via the Food Court and turn left, the Gravity Station is on the left-hand-side, halfway along the lane. 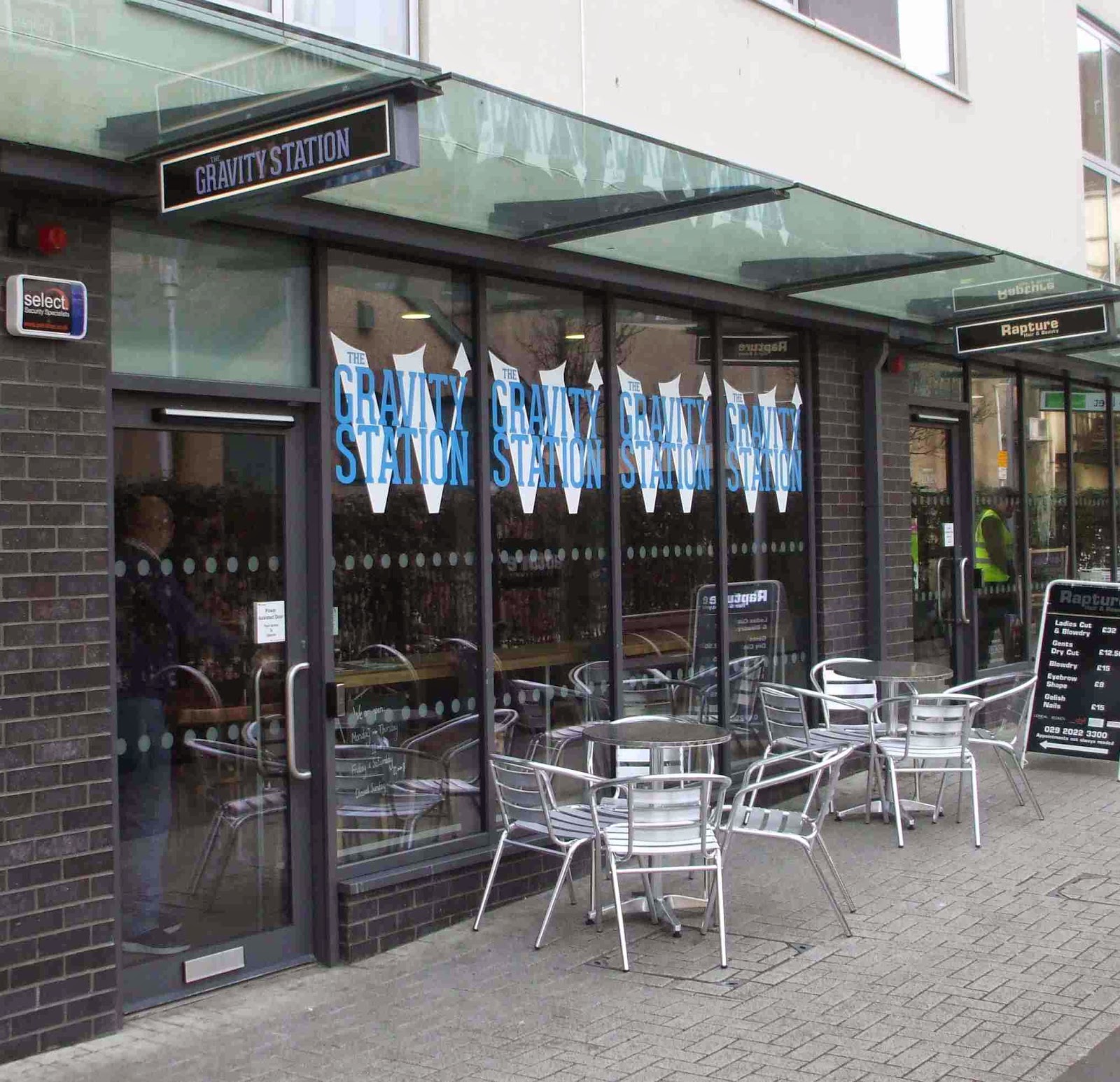 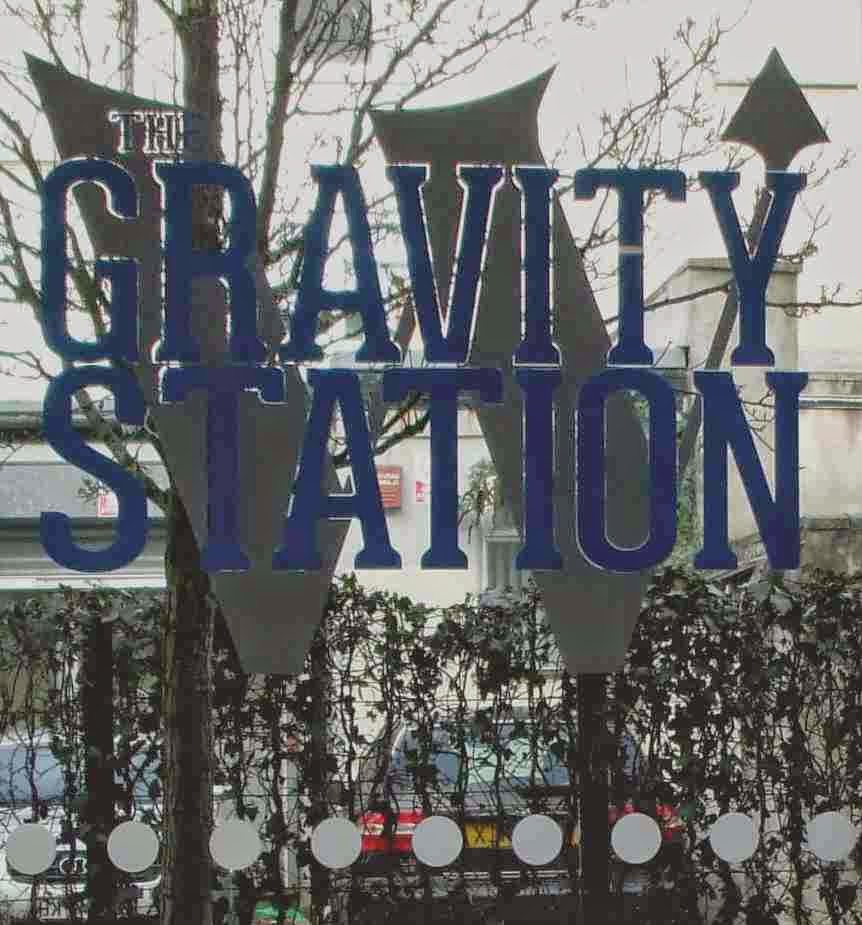 The Gravity Station is an unique, at least for Cardiff, combination of pub and off-license. Owned by the Waen Brewery of Llanidloes, Powys, this compact bar sells a range of beers from cask, keg and bottle, to drink in or take-away, 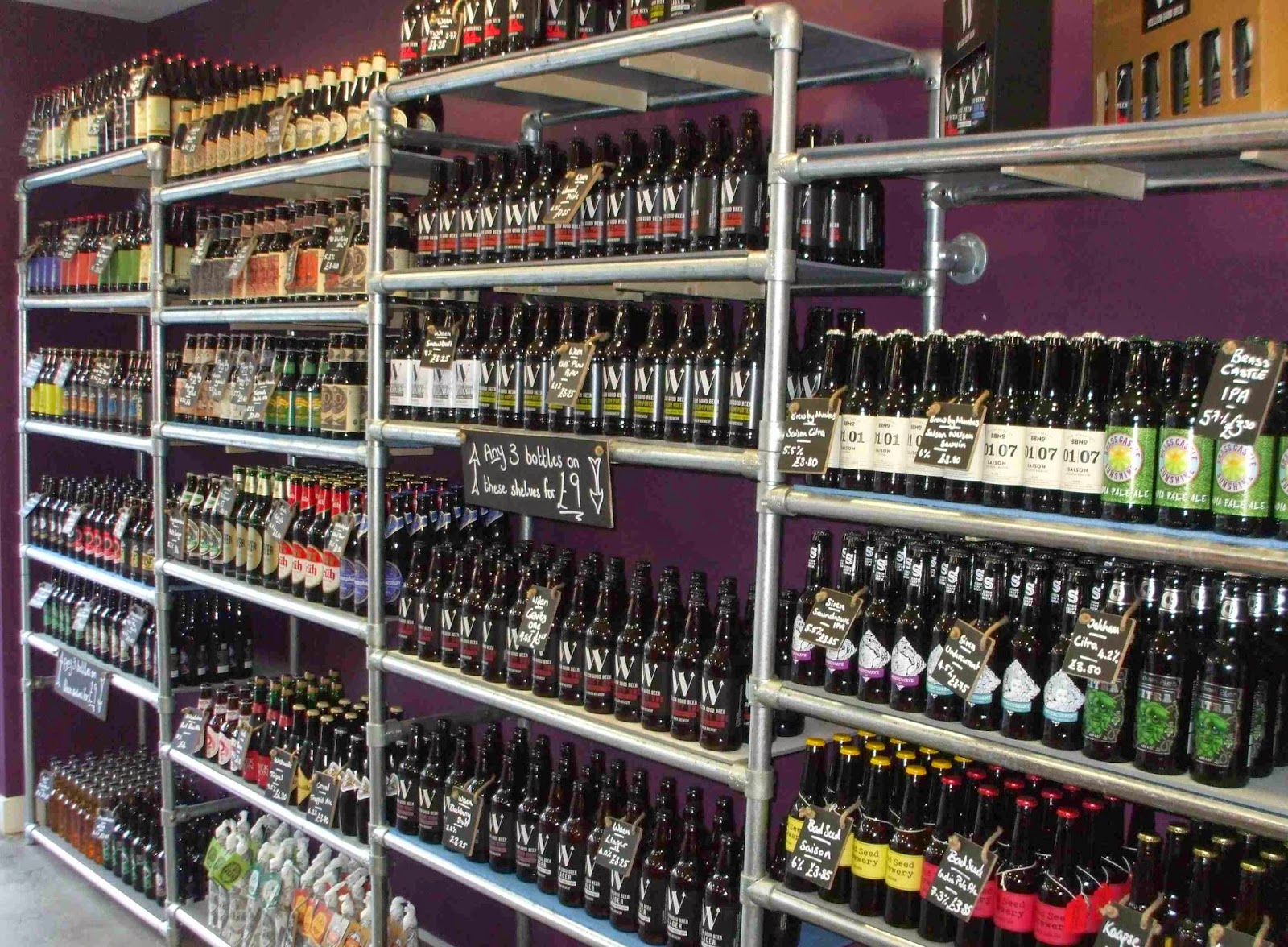 The Gravity Station is a fusion of bar and off-licence, with this extensive range of bottled beers available to drink-in or take-away. 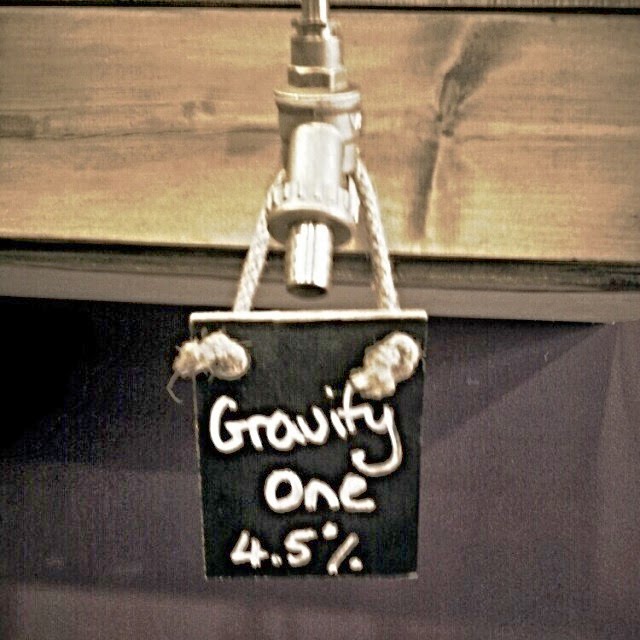 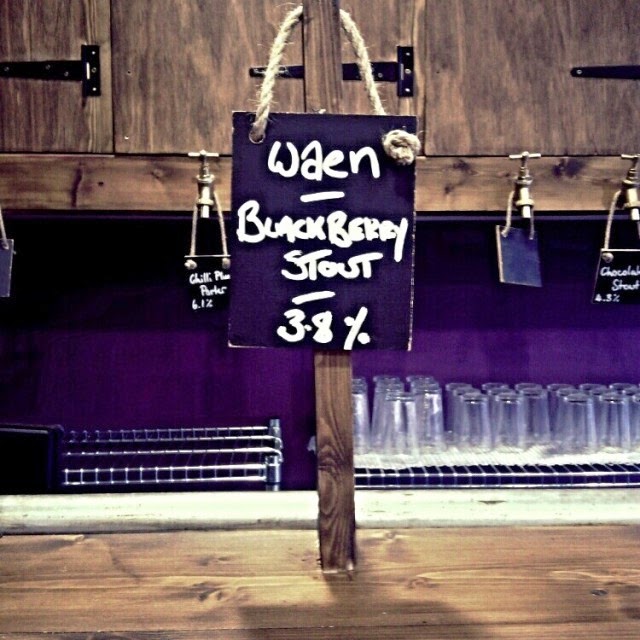 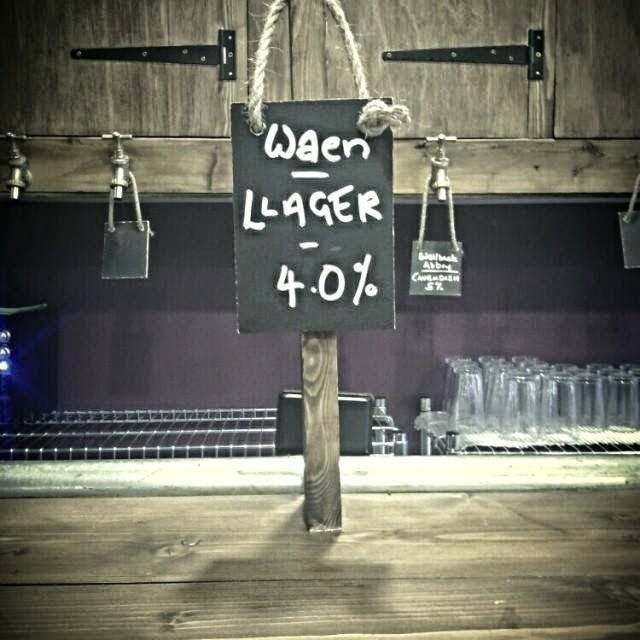 The keg beers are served from the bar whilst from the rear cabinet, real ales are served via gravity from pins, 4.5 gallon casks, which makes sure no beers are kept hanging around for too long.

Oh and this pub does not smell of fish.

The latest beer to come out of Brains Craft Brewery is a 5% single hopped brew, Polar Beer, a sunshine yellow blonde ale, brewed
with Polaris, a new-generation German hop. Polaris being another name for Pole or North Star. Ale and lager malts combine to create a smooth, crisp malty base with a sweet nose, followed by refreshingly light and distinctive herbal flavours from the Polaris hop.
Polar Beer will be available in keg and delivered to selected Brains pubs from Thursday 3rd of April. 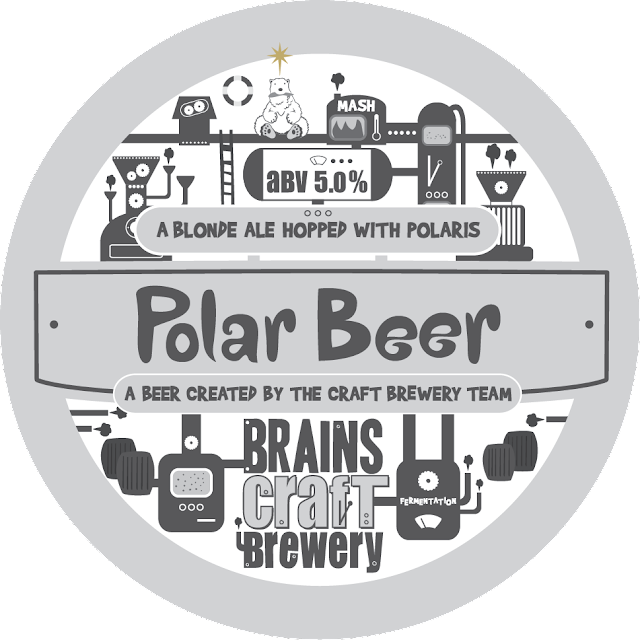 CAMRA, the Campaign for Real Ale, has announced their list of over 200 Local Pubs of the Year to help launch April’s Community Pubs Month and none of them smell of fish!
CAMRA’s branches, which consist of thousands of volunteers, judge all of the pubs in their area to find their Branch’s Local Pub of the Year. Pubs are judged on their decor, value for money, customer service, that they appeal to all different demographics and of course, the quality of its real ale. The local branch winners then go forward to battle it out in the regional heats in their quest to become National Pub of the Year, announced in early 2015. Colin Valentine, CAMRA Chairman said, “I would like to thank all of the volunteers that have judged pubs up and down the country. This can take a lot of dedication to find the best real ale pubs in the area. We like to announce the winners in Community Pubs Month to highlight the best pubs Britain has to offer to help raise the profile of pub-going.
New research shows 28 pubs close every week across Britain and 38% of British adults no longer visit pubs. Community Pubs Month has been launched to help raise the profile of the British pub and pub-going. Thousands of pubs across the Britain will be participating in this campaign by organising events and trying new marketing initiatives to attract more trade during April.
Mr Valentine continued, “There are literally thousands of wonderful pubs that need our support at this moment in time and I would urge everyone to visit their local pub in April and discuss with the licensee ways he or she could encourage you to visit more regularly.” Local winners in Wales are:
Wales Branches Pubs of the Year
Abercolwyn Albion Ale House Conwy
Chester & South Clwyd Bridge End Ruabon
Gwynedd a Mon Snowdonia Park Waenfawr
Vale of Clwyd Halcyon Quest Prestatyn
Brecknockshire Star Inn Talybont
Cardiff Landsdowne Canton, Cardiff
Gwent (Country) Clytha Arms Clytha, Raglan
Gwent (Town) Coach & Horses Chepstow
Mid Glamorgan Fagin's Ale & Chop House Glan-y-Lynn, Taffs Well
Neath-Port Talbot Pontadawe Inn Pontadawe
Swansea Pilot Mumbles
Vale of Glamorgan & Bridgend Red Fox Penllwyn

Brains – Wales largest brewer and pub operator
– is set to open the UK’s first underwater pub in
Cardiff Bay.
Aqua Nova will be situated five metres below the
surface and accessed via a jetty, located a short
water taxi ride from its sister pub, the Brains-
owned Terra Nova. With panoramic views of the
Bay, the aquarium style venue will offer
customers a once in a lifetime experience.
Bruce Newman, head of marketing at Brains,
said: “Customers are always looking for
something new and different. Aqua Nova won’t
disappoint. As well as a great range of beers,
such as Brains’ All at Sea IPA, customers can
also look forward to a fresh seafood menu,
including Cardiff Bay fish of the day.”
Head of UK Naval Technologies, Captain Burt
Sye, has been working closely with Brains,
supervising the development. He added: “This is
a complex but revolutionary project and one that
is sure to be popular with the British pub goers.”
Work is due to start next month and it is
expected that the bar will be open in the summer
of 2015.
In the meantime, Brains is looking for volunteers
to be the first to test its beers underwater to
ensure they’re unaffected by changes in
pressure. Volunteers will wear specially adapted
dive suits, allowing them to sip a pint below sea
level. For more details, and to sign up, call
Brains on 029 2040 2060, quoting ‘Aqua Nova’. 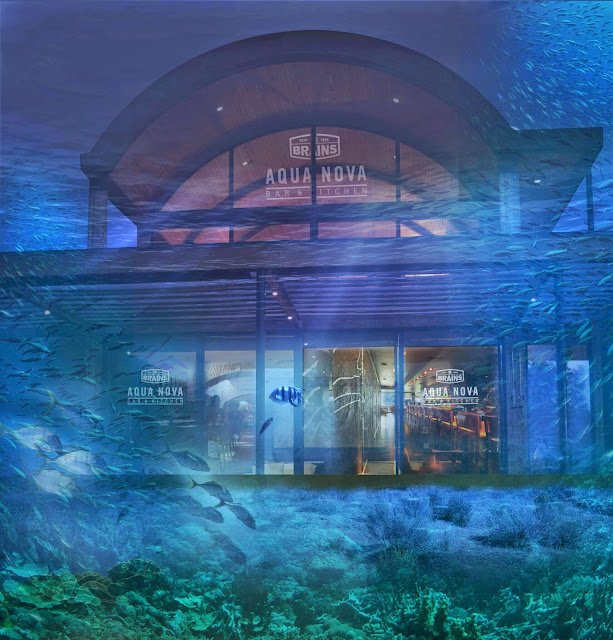 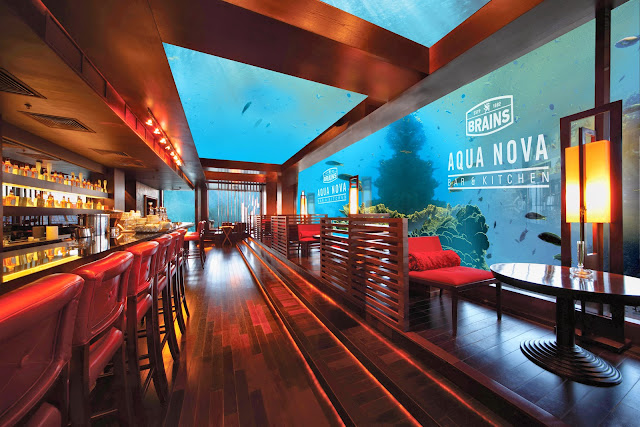